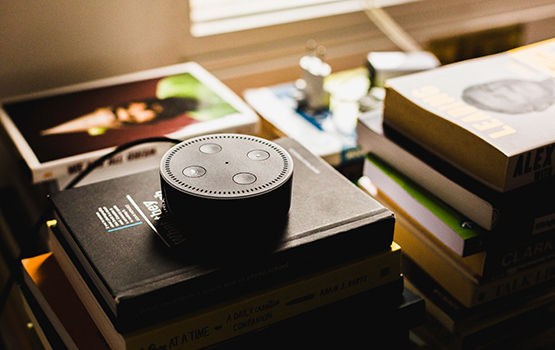 Research by Associate Professor Yolande Strengers has found smart technologies have failed to deliver on many promises for effortless and easy living.

Smart home technology continues to be associated with expressions of masculinity and could pose unexpected security threats for women, new research by Monash University, RMIT and Intel Corporation shows.

While smart lighting in the home and other conveniences were universally praised, some study participants were concerned that smart home technologies could be used for privacy invasion or as a form of intimidation – particularly for women – by locking them in or out of the property or monitoring their movements and activities.

Research also showed that some women expressed frustration at the ‘gendered stereotypes’ of digital voice assistants, and both men and women were concerned about the increased ‘digital housekeeping’ needed to keep smart home devices running.

The study, led by Associate Professor Yolande Strengers from Monash University’s Faculty of Information Technology, finds that smart technologies – while in many ways useful and entertaining – have failed to deliver on many promises for effortless and easy living. This is partly attributed to a poor understanding of household diversity and different people’s desires and needs.

“This affects the types of devices that get designed, and their potential benefits and usefulness to other householders. In particular, women on the whole are currently underrepresented and underserved by the industry.”

This research examined smart home technology adoption for 31 households across Australia, and involved other supporting desk-based research. Participants were mostly aged 35-54 years, and had high incomes (in excess of $156,000).

The ethnographic research involved interviews, home tours and photography to understand householders’ experiences with the technology in relation to three concepts central to tech giant Intel’s ambient computing vision for the home – protection (found to be a form of caregiving), productivity (cost or time savings) and pleasure (entertainment).

Smart technologies protected the home and its occupants, and allowed absent or working parents and household members to provide new forms of care for their pets, home or children, by checking on them via security cameras.

However, study participants also highlighted significant concerns about the potential for these devices to become hacked or pose privacy and security risks.

“Some householders were concerned that these devices could be used to invade the privacy of others without their knowledge or consent, and potentially exacerbate domestic violence situations by, for example, using a smart lock to restrict access to the house,” Associate Professor Strengers said.

Once being accustomed to the new technology, many households said they saved them time in relation to work, cleaning, lighting and other tasks – like opening and closing window blinds.

These kinds of productivity improvements were a key benefit for busy CEO and single mum Angela* who used her Google Home’s scheduling, voice calendar entries, shopping lists and timers to help coordinate her business, housekeeping and parenting duties. She was also able to send access codes to people who rented her house during the summer.

“However, as a feminist, Angela was also disturbed by the feminised voices of her digital home and work assistants,” noted study co-author Dr Jenny Kennedy, from RMIT’s Digital Ethnography Research Centre.

“She had deliberately changed their voices to a man’s to challenge gendered stereotypes of feminised cleaning and administrative roles and avoid reinforcing these assumptions with her two sons.”

Smart lighting delivered the most pleasure for households, alongside voice activation technology, which was often a source of fun and play. Men also commonly derived pleasure from setting-up, tinkering or playing with the devices, consistent with traditional associations of masculinity with new and emerging technologies.

“The potential for uptake in smart home technology is huge, but there are also a number of important gender concerns that need to be explicitly considered by the human computer interaction design community in the further development of these devices,” Associate Professor Strengers said.

The study titled: ‘Protection, Productivity and Pleasure in the Smart Home’ is being presented to and published by the Association for Computing Machinery’s CHI Conference on Human Factors in Computing Systems in Glasgow, on 7 May 2019.