COMMERCIAL OPERATIONS FOR THE ENERGY TRANSITION 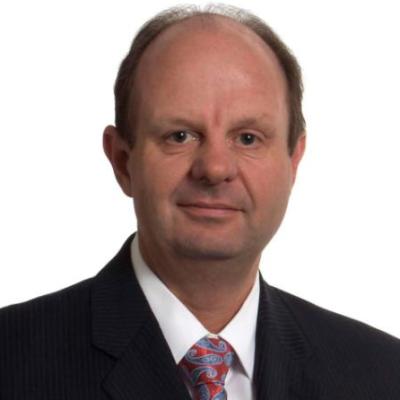 Andrew is a Professorial Fellow at Monash University, where he assists with the University’s industry engagement programs as well as delivering guest lectures to undergraduate and master’s degree programs. He is a member of the Monash University Industry Council of Advisors (MICA). Andrew also  serves on several advisory boards including the Monash Business School, the Australian Regenerative Medicine Institute, the Monash Sustainable Development Institute and the Victorian College of the Arts. Andrew has been Chair of the Monash Energy Institute Advisory Council since 2017. He assists in a number of forums with strengthening the University’s engagement with industry.

Andrew holds a Bachelor of Engineering with first class honours from Monash University and an MBA from Georgetown University, Washington DC. “My father studied economics at Monash which helped with my choice of university. I was very good at Maths and Science, which lead me to engineering".

Andrew became involved in the energy sector in the late 1980s and has remained so ever since. Andrew’s professional career includes executive and operational roles in the utilities, telecommunications, information technology and professional services industries. “While at IBM, I worked with The State Electricity Commission of Victoria, where I learned the industry – from coal mining to customer billing. After working with IBM in Melbourne for about eight years, I decided to study again and was awarded a scholarship to attend Georgetown University.  While at Georgetown, I worked part-time for Ernst and Young’s national utility practice that furthered my industry knowledge. After Georgetown, I also worked for Florida Power & Light and then for a company called Indus International – which provided software to manage nuclear and other types power plants”.

Andrew has considerable experience in government, government relations, and international trade. He has experience in the energy, technology, and professional services industries, in executive and operational roles based in Australia, Asia, the United States and Latin America. He continues to advise several organisations in the private and public sectors on strategic and operational matters. Current and past governance roles include Non-executive Chairman and Director appointments at the Transport Accident Commission, Telecommunications Industry Ombudsman, Keystone Radiology, Zenexus, BrightSource Energy, The Good Foundation, Grampians Water, Cancer Council Victoria and the Melbourne Symphony Orchestra. “Prior to my board career, I also was the Victorian Government Commissioner to the Americas, based in San Francisco, where I was heavily involved in bilateral trade and investment outcomes between the Americas and Australia. The problem-solving aspects of my education helped in lots of my executive experiences”.

Andrew is an experienced chairman, executive and company director. He is Chairman of BidEnergy Ltd (ASX:BID) and serves on several advisory and not-for-profit boards. Andrew is also Australia’s National Wind Farm Commissioner, appointed by the Federal Government, reporting to the Minister for Energy and Emissions Reduction. Andrew handles community concerns about wind farms, large-scale solar farms and energy storage facilities. He also advises industry and government to adopt the best practices related to the planning and operation of energy projects.

It’s a very exciting time to be part of the energy sector because we are going towards this massive transition toward a low carbon economy, away from fossil fuels. Our coal-fired power stations are getting old, and we need to replace that capacity. The transition will be different depending on the location. “I don’t think there will be any energy that will dominate. In Victoria, we have largely run the state on lignite, often referred to as brown coal, for 100 years. Today, and going forward, I see much more distributed and diverse energy sources for electricity, from coal, gas, wind, solar, nuclear. Also, our energy grid was designed around coal resources meaning that connecting the renewables to the grid is different, complex and needs investment”.