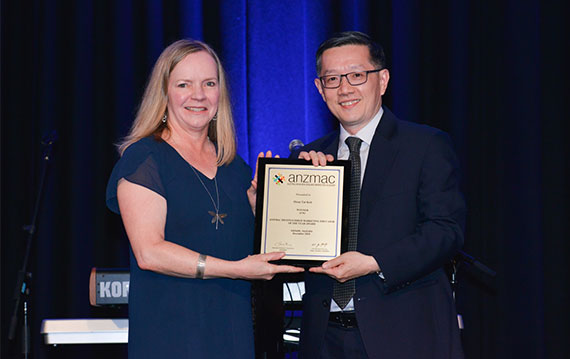 Among the winners were Professor Hean Tat Keh, who was named 2018 ANZMAC Distinguished Marketing Educator in recognition of his sustained teaching excellence; Dr Eugene Chan who received the ANZMAC Emerging Researcher of the Year; Professor Felix Mavondo who was awarded Distinguished Member and Fellow.

Associate Professor Jasmina Ilicic who won the overall best conference paper award, while Professor Harmen Oppewal and Dr Ari Pramono who were recipients of the best paper in the Marketing Analytics, Methods and Modelling track.

The ANZMAC Distinguished Marketing Educator Award is presented to the person judged to have demonstrated sustained excellence and high-level contributions to marketing education.

Professor Keh said it was a great honour to receive the award as it served as recognition of his teaching achievements by his peers in the academic community. According to him, “I am very pleased to have this recognition for educating future marketing practitioners and leaders. In particular, this award emphasises the importance of teaching excellence.”

Professor Keh added that receiving this award shows that it is possible for one to be both an excellent researcher and an excellent teacher at the same time. “I’ve had successes in publishing my research findings in the top marketing journals, and I try to balance that with being a passionate and dedicated educator as well. I’m hoping that getting this award will inspire my early career research colleagues to do the same,” Professor Keh said.

“Professor Hean Tat Keh is an accomplished and enthusiastic educator who in recognition of his teaching qualities and contributions was awarded the ANZMAC Distinguished Educator of the Year,” Professor Brooks said.

“He has previously taught at universities in Singapore, China and Australia and his teaching portfolio includes a range of introductory and more specialised courses. Professor Keh is a highly valued member of the Business School.”

Professor Harmen Oppewal, Head of the Department of Marketing at Monash Business School said the award was well deserved.

“It is wonderful that Professor Keh’s teaching achievements has resulted in his receiving the Distinguished Educator of the Year award from the Australian and New Zealand Marketing Academy,” Professor Oppewal said.

“His success as an educator is evidenced by very high student evaluations and high class attendance rates. He generously shares his time and experience by mentoring ECR colleagues who seek to develop their teaching skills. In addition, he has co-authored two textbooks, one on strategic marketing and the other on services marketing,” Professor Oppewal said.

Professor Keh employs a range of delivery modes that are customised for postgraduate versus undergraduate students, and caters to diversity in the classroom. Colleagues who are interested in knowing more about his teaching philosophy and methods (e.g. his ‘star model’ of classroom delivery) are welcome to contact him.

Other distinguished awards for Department of Marketing

ANZMAC Emerging Researcher of the Year

Dr Eugene Chan was awarded the Emerging Researcher of the Year.

Dr Chan mostly uses experimental methods to study how consumers make decisions primarily in financial (but also other) domains. He takes a holistic approach recognising that people make financial decisions with influences from their psychological, cultural, situational, and even at times biological, physiological and neurological processes. 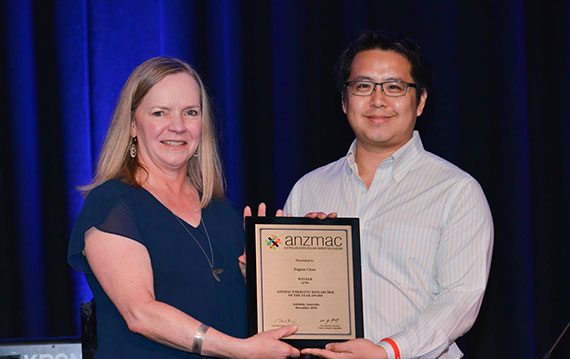 Professor Felix Mavondo was awarded a Distinguished Member and Fellow. 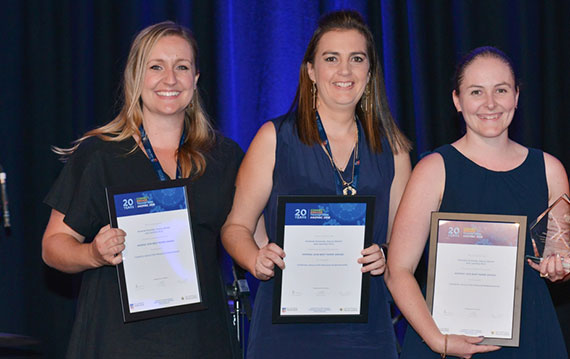 The paper introduces film personas (e.g. Hermione Granger, Jack Sparrow, Bridget Jones) as alternative and effective brand endorsers. Their findings show that a film persona (e.g. Legolas from The Lord of the Rings) is a more effective endorser in terms of consumer’s attitudinal and behavioural judgements than their corresponding celebrity identity (e.g. Orlando Bloom). Exploratory findings suggest that this may be due to the film persona possessing an association set that is more easily transferred onto the endorsed brand.

The conference also hosted meetings and saw the first reporting back from the newly created Special Interest Groups, which aim to foster collaboration and excellence in academic marketing in subareas of interest. Topics range from B2B, Customer Engagement, Retailing, to ‘Emotions in Choice’, with more to come.

Associate Professor Yelena Tsarenko, in particular, has put significant effort into initiating the SIGs as a member of the ANZMAC Executive Committee and holds the overall responsibility for this new initiative (Chair of SIGs). “She can be very pleased with the results so far,” Professor Oppewal said.