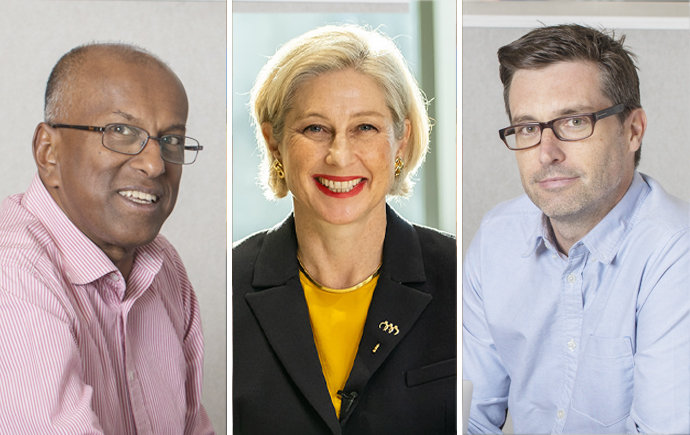 A groundbreaking framework developed by Monash Business School which helps mutual enterprises define their true value has been rolled out as a commercial venture.

The Mutual Value Measurement Framework (MVM) provides co-operatives and mutuals with a common language to understand how and where they create value, how to measure and represent this value, and how to communicate it to stakeholders.

The framework is the product of a $1.1 million co-funded two-year study – one of the largest industry-funded projects of its kind undertaken by Monash Business School researchers – involving 268 people from 13 different cooperative and mutual enterprises.

What are co-operatives and mutuals?

Co-ops and mutuals are businesses formed to benefit their members and return value back to members rather than profits to shareholders. However this structure means assessing their value is not as straightforward as investment returns.

The mutuals and cooperative sector in Australia is made of many household names, offering services as diverse as insurance, banking, health services and superannuation. In fact eight in 10 Australians are members of at least one cooperatively-owned business.

Including member-owned super funds, co-ops and mutuals contribute around 7-8% of GDP, according to the sector's peak group, the Business Council of Cooperatives and Mutuals (BCCM).

How framework is revolutionising performance management

Monash Business School’s Dr Paul Thambar and Professor Matthew Hall, Professor Yuval Millo from Warwick Business School in the UK, and Dr Sarah Adams from the ANU, Canberra, have worked with the BCCM as industry partner to collectively create a world-first model to revolutionise performance measurement for the sector.

The framework has been commercialised, allowing Australian mutuals to access for the first time a range of support mechanisms such as leadership presentations, masterclasses, and an accreditation regime.

Currently, around 50 cooperatives and mutuals in Australia are on the journey to take up the framework, and BCCM is fielding increasing interest from around the globe.

It all comes down to the fact that the true value of a business can’t always be calculated in numbers, Dr Thambar says.

“Measuring performance is also about communicating the benefit you bring to an organisation, society or community, which can be difficult to represent in accounting numbers alone,” he says.

For co-operatives and mutuals that don’t exist purely to make a profit, quantifying success is even more challenging, the Senior Lecturer in Monash Business School’s Department of Accounting says.

“These organisations are about purpose, about creating social value,” he says.

“They are unable to fully communicate and report on the positive impact they bring to the sector, community or economy using traditional performance metrics.”

"Measuring performance is also about communicating the benefit you bring to an organisation, society or community, which can be difficult to represent in accounting numbers alone."

Dr Thambar says the idea for the project came from a 2016 academic conference at RMIT.

“I heard an address from Bank Australia, and the speaker put out a call, saying they needed academics to work with them on a number of challenges they were trying to resolve,” he says.

“The presenter later connected me with the peak body for the sector, the BCCM, and its CEO, Melina Morrison.”

Dr Thambar and Ms Morrison met for an hour to discuss the measurement problems faced by the sector. That short conversation was the genesis for the project, and later, the MVM.

“Prior to commencing the study in 2018, we spent almost a year just getting to know the sector, understand the measurement problem, and scope the research study,” he says.

“The framework is important in terms of research impact, and it showcases the brand of Monash and the capability of researchers within the business school.”

“Carrying out research that is helping industry to solve real-life problems, creating impact, and perhaps leading to commercialisation, is certainly something other researchers in the business school should consider.”

READ MORE: How the unique value of cooperatives and mutuals was defined