The Monash Law student team is the first Australian team to win the Fletcher Moot since its inception in 2017. The team of Monash Law students took out the Grand Final against National University of Singapore. They are the first Australian team to win the Fletcher Moot since its inception in 2017.

William Liu won the Best Individual Mooter for both the Semi Final and the Grand Final. Monash University and National University of Singapore were joint runners-up for the Written Submissions.

The competition attracts the best and brightest students from around the globe. 38 teams competed in the Written Round and 16 teams advanced to the Oral Round. The moot problem is a fictional case taking place in a hypothetical jurisdiction that has adopted the UNICITRAL Model Law of Cross-Border Insolvency and the UNCITRAL Model Law on Enterprise Group Insolvency. The competition is run out of INSOL International, London. 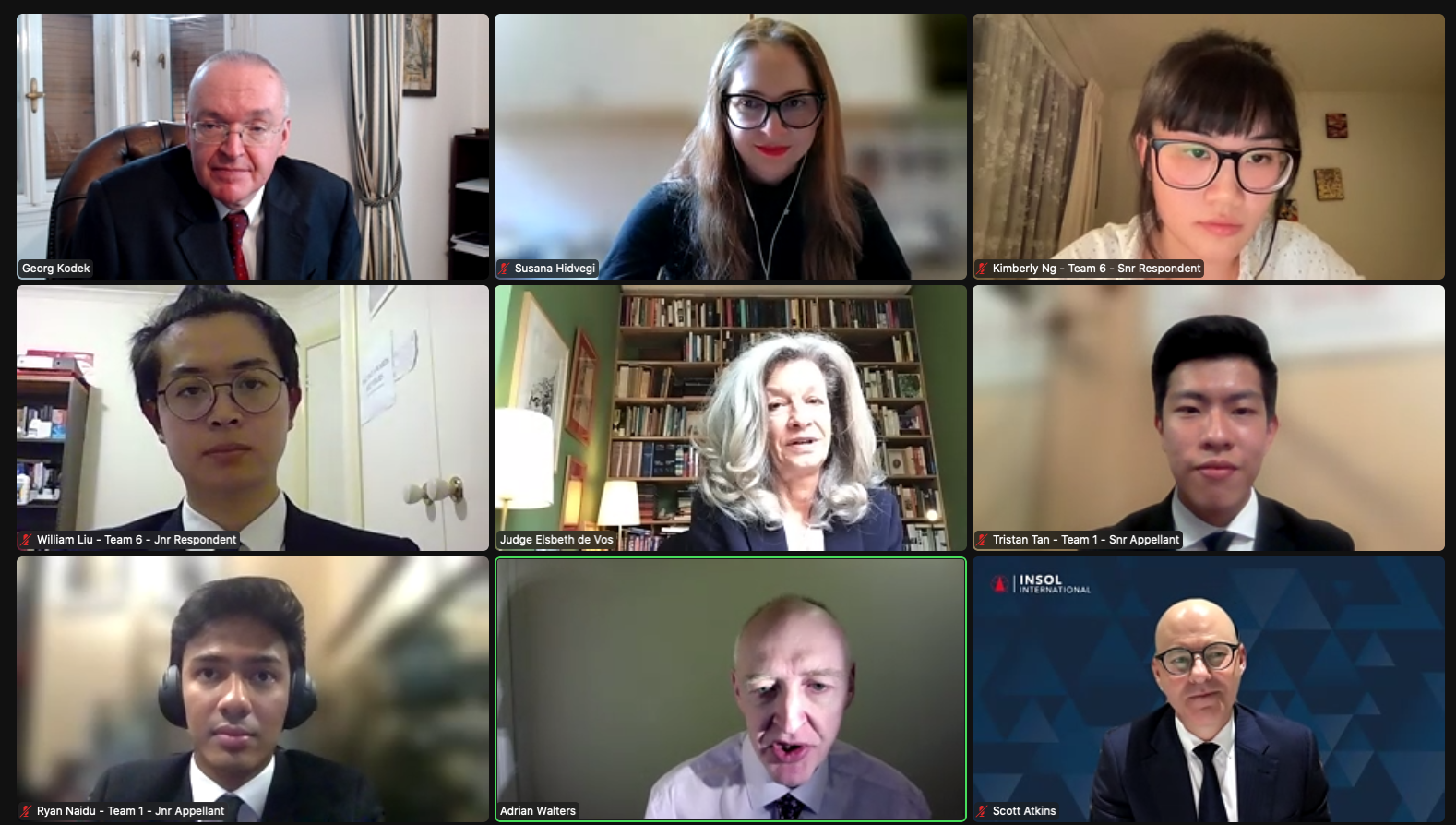 The competition is an opportunity for students to engage with their peers, members of international insolvency institutions, and judges from 17 countries around the world.

Congratulations to Kimberley, William and Vanessa for this amazing achievement! Thank you to Chief Moot Coach William Lye OAM QC, and to Anthony Lo Surdo SC of the NSW Bar who provided valuable feedback and guidance to our team.