Smart Contracts – How smart are they?

Smart Contracts – How smart are they? 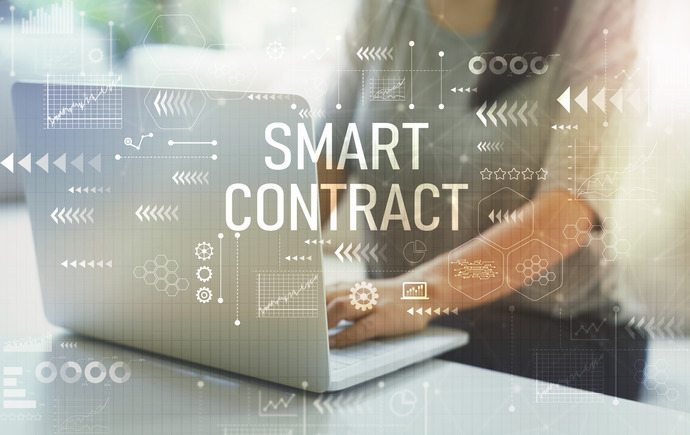 As technologies such as artificial intelligence and blockchain advance the way we do business, our world seems to be in continuous disruption.

While tech advances help to lower business costs and improve efficiency, there has been some fear that the law is struggling to keep up with these developments.

But in some respects, it seems the law is doing just fine. Rather than stressing about keeping pace with technology, even decades-old laws can embrace the use of smart contracts.

Smart contracts – which are growing in awareness but are not new – help execute transactions with greater efficiency and certainty, particularly for global goods and services transactions.

It is in this context that late last year the Law Commission of England and Wales called for evidence as to how existing laws accommodate smart contracts, or if indeed new laws are required.

Faculty of Law researchers Dr Lisa Spagnolo and Dr Drossos Stamboulakis, along with Dr Benjamin Hayward from Monash Business School’s Department of Business Law and Taxation, made a submission to the Commission they believe may also have applications under Australian law.

“Australia is a signatory to the United Nations Convention on Contracts for the International Sale of Goods. This Convention hasn’t been adopted by the United Kingdom, but it can still apply to contracts entered into by UK businesses,” Dr Hayward explains.

“This larger role for the Convention arises because of the possibility that smart contracts might be less likely to include traditional clauses which may seek to select the applicable law and exclude the Convention’s application,” says Dr Spagnolo.

What are smart contracts?

Smart contracts are self-executing contracts formed using blockchain, which can automate and authenticate processes in a supply chain or in an exchange of goods or services.

Blockchain-enabled smart contracts can be used to help safeguard regulatory compliance or to provide businesses with the ability to automate processes and move away from more costly and less efficient paper-based systems.

In an export-driven country like Australia, it is important to have robust systems for moving commodities like wine, iron ore and grain across borders.

There is a popular anecdote that counsels: ‘Just because you develop a new model Toyota, there is no need to dig up all the roads’.

In a nutshell, the laws under which we operate now are already woven into our society. Even if they were drafted in very different times and now face the prospect of dealing with new technologies, they may still reflect the very basic reality of how we want to live as a society, containing rules allowing people and businesses to operate fairly.

The United Nations Convention on Contracts for the International Sale of Goods (CISG) has an impressive and growing list of signatory states. Australia was an early adopter, signing on in 1988 – within the first year the CISG entered into force – and bringing in the provisions by 1989.

At that time, the world was being introduced to computers, albeit IBM, Apple and Commodore 64’s using magnetic tapes and floppy disks. The international treaty, setting out uniform laws on cross border sales of goods, has been sufficiently flexible to accommodate the new digital era.

The CISG has also been updated via the United Nations Convention on the Use of Electronic Communications in International Contracts of 2005 (ECC) in some countries. Australia is currently considering acceding to the ECC and has already largely implemented it through its Electronic Transactions Acts in each State and Territory, extending the rules to both domestic and international transactions.

“While the ECC clarifies the functional equivalence of electronic communications it doesn’t resolve issues regarding smart contracts,” says Dr Spagnolo. “The ECC does not deal with contractual obligations – the CISG does that – so the two instruments are designed to work together.”

While there is no similar Australian inquiry into smart contract laws on the horizon, the fact that Australia is a signatory to the treaty means that it too could benefit from the treaty’s capacity to regulate smart contracts.

Dr Hayward points out there is still some uncertainty.

“We still don’t know for sure how these issues will be dealt with when smart contract cases come before the courts,” he says.

If a business finds itself entering into contracts written in computer code, how would that business (or the ordinary people that it deals with) understand it?

“People get experts to interpret what the code means and what the ramifications are for those businesses,” says Dr Hayward.

There will frequently be situations where parties do not bother to have an expert interpret the code to explain what it means, just as they presently don’t always obtain translations of terms expressed in foreign languages.

“Translations cost parties money,” says Dr Spagnolo, “And they will simply want to ‘get on with the deal’ despite the risks of being unaware of the contractual terms”.

Dr Spagnolo points to the CISG for guidance.

“The likely interpretation under the CISG is that computer code is treated in much the same way that different languages are in international contracts between traders from different linguistic backgrounds,” Dr Spagnolo says.

Dr Hayward notes that, at the moment, there are different types of smart contract involving different degrees of automation: for example, businesses may enter into a traditional paper-based contract, but then use code to help with its operation for specific parts of the transaction that can be automated.

“In these kinds of cases, smart contracts will operate in much the same way that current paper-based contracts do. The code is just an extension of the agreement that is already there,” he says.

Where the terms of the contract are completely expressed in code alone, parties that fail to interpret the code may find some guidance in the CISG. In that scenario, Dr Spagnolo explains that the rules on the way that clauses written in foreign languages should be treated can assist.

“The CISG establishes a clear test for whether terms are sufficiently accessible,” she says. “If it is considered that they were not truly made available to the other party because they were expressed in code, then like terms in a foreign language, they may not be incorporated as terms of the contract and will lack legal effect”.

The original version of this story ran on Monash Business School's Impact website.