On 31 October 1901, Itzhak Leib ‘Leo’ Fink was born in Krynki, a small town 45 kilometres east of Bialystok, Poland. He was the first of five children of Mordechai and Masza Fink (née Jablonski). That same year Leo and his parents moved to Bialystok, a bustling, industrial border town offering greater opportunities. It was located 180 kilometres east of Warsaw in a heavily forested region that divided Poland from Belorussia and Lithuania. 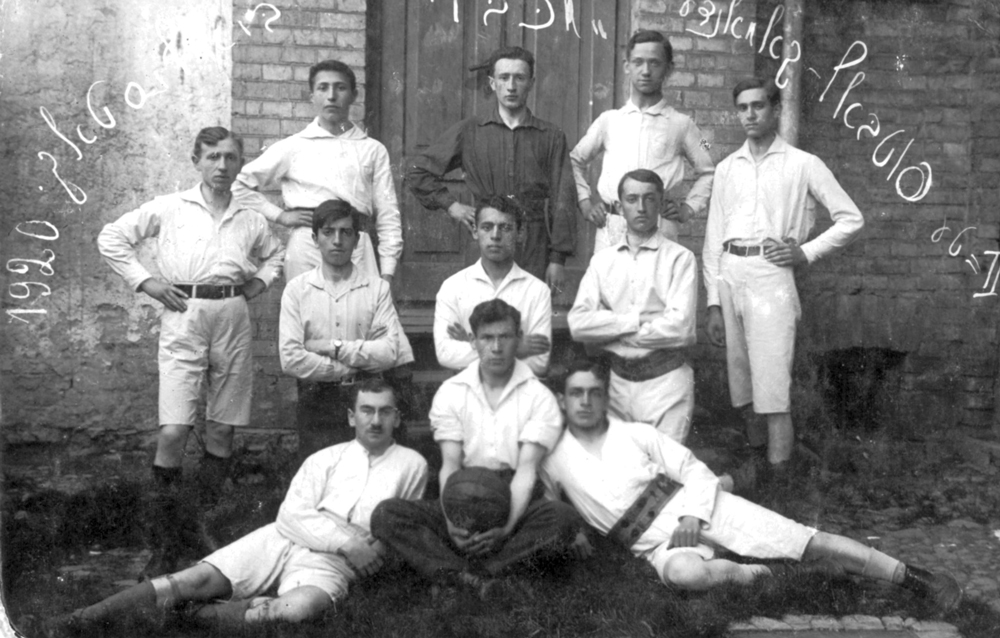 In 1906, when Leo was five, Bialystok suffered a devastating pogrom with over 80 Jews murdered and nearly 100 injured. Leo would later recount how he walked to school ‘with stones in my pocket’, ready to defend himself from marauding gangs. It was a lesson in self-preservation he never forgot.

By the time Miriam (Mina) Waks was born in Bialystok on 5 December 1913, as the second child of Nathan and Freda Waks (née Kaplan), the Finks were self-sufficient textile entrepreneurs. A licence of trading enterprise was granted to Mordechai Fink on 15 May 1913, for a business on Gogolevshaya Street, including the ‘rental of mechanical motors’.

The First World War, fought between 1914 and 1918, devastated Bialystok, with many facing economic ruin and starvation. Under harsh German occupation, about one quarter of the city’s Jews fled – they had previously comprised 75 per cent of its overall population. But the Fink and Waks families remained. During this time, the Finks resided in Zielona Street, known in Yiddish as the ‘Yatke Gasse’ (butchers street). In 1919, it was renamed Zamenhofa Street after its most famous resident, Ludwig Zamenhof, the inventor of Esperanto. After the war, the Finks moved to 2 Sobieskago Street, living there until 1925.

1920 and 1921 were defining years for Leo Fink and Mina Waks, bringing personal tragedy to Mina and life changes to Leo. Mina was orphaned at age eight. Her father had succumbed to typhus (an epidemic claiming some three million Russian lives between 1918 and 1922) and her mother had committed suicide soon after. Mina together with her younger brother Jacob (Jack) were sent to live with Brajna and Eliezer Kaplan, their maternal grandparents. The Kaplans were not wealthy but proud Jews, who ensured that Mina received a good education. They instilled in her a commitment and passion to the Zionist movement and the love of an extended family. Her older brother, Lolek (Leo) was sent to live with Sheina Sarah and Joseph Waks, their paternal grandparents. Sheina Sarah (née Surasky) was the daughter of a Hasidic rabbi, and the family held on to orthodox traditions. In 1921, Lolek was sent to a religious boarding school in Germany, where he remained until 1937, having completed an engineering degree. By this time, both the Waks grandparents had died. 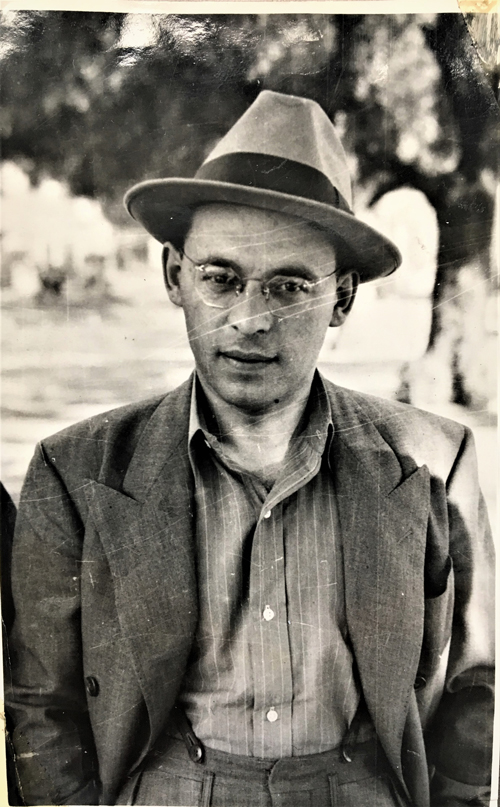 The year 1920 also impacted on Leo’s family, when his sister Zyna, a bright and scholarly girl one year Leo’s junior, contracted post-viral encephalitis following an influenza pandemic. Left permanently and severely disabled, she was cared for by her parents until her death in 1946.

Leo graduated from the Gymnasium of the First Bialystok Society of Teachers, a Russian school, on 28 June 1920. The school was later known as the Zeligman Gymnasium. His secular education was supplemented with religious instruction and Hebrew and Yiddish classes. Leo was a good student who enjoyed his schooling. He would remain a lifelong learner and a great supporter of educational causes.

Following his school graduation and fuelled by a passion for adventure, Leo volunteered with a socialist Zionist youth group, as a member of a Pioneer Labour Corps in mandatory Palestine. He paved roads and worked on kibbutzim for nearly two years.

In early 1922, Leo enrolled at Altenburg University in Germany to study civil engineering. Altenburg was well known as a centre for sewing and textile machinery. He carried with him a letter of introduction from Dr Joseph Bloch in Vienna, a friend of his father.

In February 1923, Leo moved on to the Hocheschule Für Wissenschaft des Judentums (Higher Institute for Jewish Studies), a rabbinic seminary in Berlin. This was an extremely prestigious school whose alumni included Leo Baeck, Emil Fackenheim, Claude Montefiore and Solomon Schechter. Leo is said to have attended lectures by Chaim Nachman Bialik and Albert Einstein. Here he was exposed to the world of ideas, and shaped by the intellectual leaders of the day.

Back in Bialystok in 1923, the self-employed Mordechai Fink was listed as the proprietor of a ‘mechanical spinning mill’ at 40 Slominska Street, with 24 employees. Although not wealthy, this small enterprise enabled Mordechai to support his eldest son’s privileged education and thirst for knowledge. 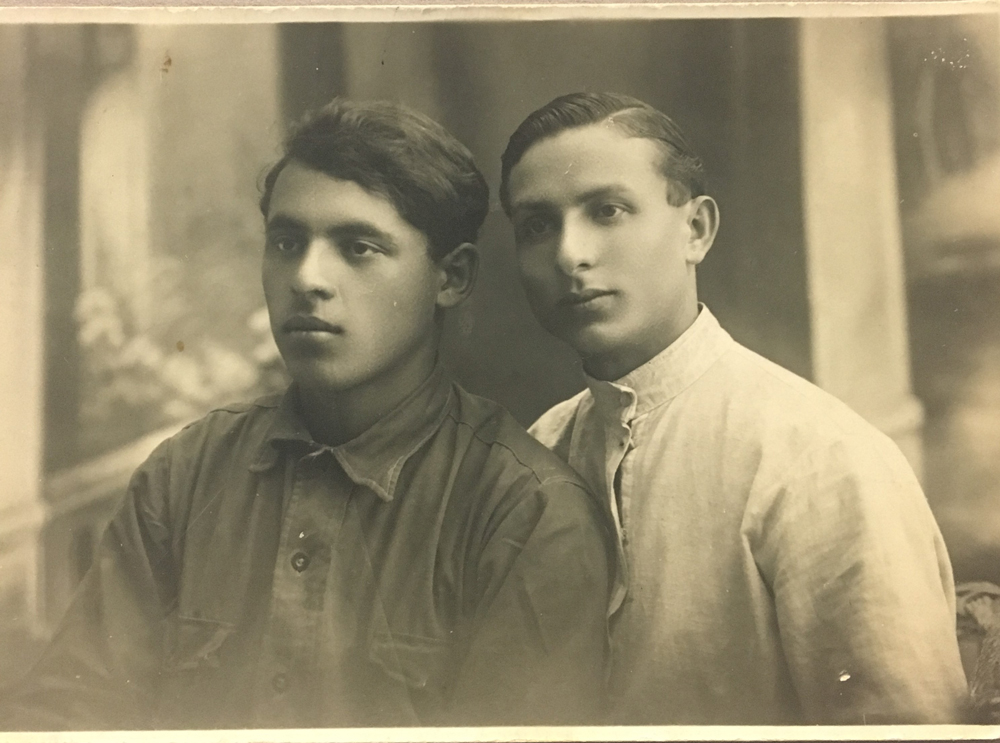 Between 1926 and 1928, Leo was on the move again. He joined the family in a business venture in Galatz, Romania. When the business struggled, Mordechai announced that the family would return to Bialystok. But the brothers saw no future in returning to a city they had been happy to leave. When Leo read an article in a Viennese newspaper extolling the virtues of Australia as the land of the future, he decided with his brothers to leave Europe for good. After securing landing permits from the British Embassy in Bucharest, Leo and his brothers Symche (Sid) and Wolf departed for Australia. Jack, the youngest brother, was sent to Germany to learn more about textile machinery.

On 16 June 1928, the three Fink brothers landed in Australia, having travelled third class on board the Citta di Genova. Their address on arrival was 442 Drummond Street, Carlton, comfortably placing them in the heart of Yiddish Melbourne.

Shortly after their arrival in 1928 until mid-1929, they tried their hand at farming on a land settlement scheme for Jewish immigrants in Berwick, on the outskirts of Melbourne. Jack joined them after he arrived in February 1929. The Berwick land settlement scheme tried to emulate the successful Shepparton model of Jewish immigrants working the land, The Berwick scheme was however ill conceived and poorly executed. After one year, and with a second-hand knitting machine known as a ‘ragger’ bought by their father and sent with Jack, the four brothers returned to Melbourne to explore business opportunities. Out of a small room in a boarding house, they worked the one machine continually through day and night shifts. From small beginnings do great things grow. The Fink brothers’ enterprise never looked back.