Best known for spearheading the post-war immigration and resettlement of thousands of Holocaust survivors in Melbourne, Leo and Mina Fink were pre-war Jewish immigrants from Bialystok, Poland. Leo arrived in 1928 and Mina joined him as his wife in 1932. The Finks quickly established themselves at the vanguard of sweeping changes to Melbourne’s Jewish community. They emerged as transformative leaders of a community increasingly influenced by the distinctive culture, lifestyle and political activism of Yiddish-speaking Eastern European Jews.

With Leo and Mina’s swift takeover of Jewish Welfare during the darkest days of the Holocaust came a shift in its focus – from domestic charitable causes to the urgent rescue, relief and rehabilitation of Holocaust survivors desperate to start a new life in a new land. The Finks saw their role as part of a greater moral obligation to resurrect a shattered Jewish world they felt very much a part of, while strengthening a small fledging Jewish community perched at the edge of the world. 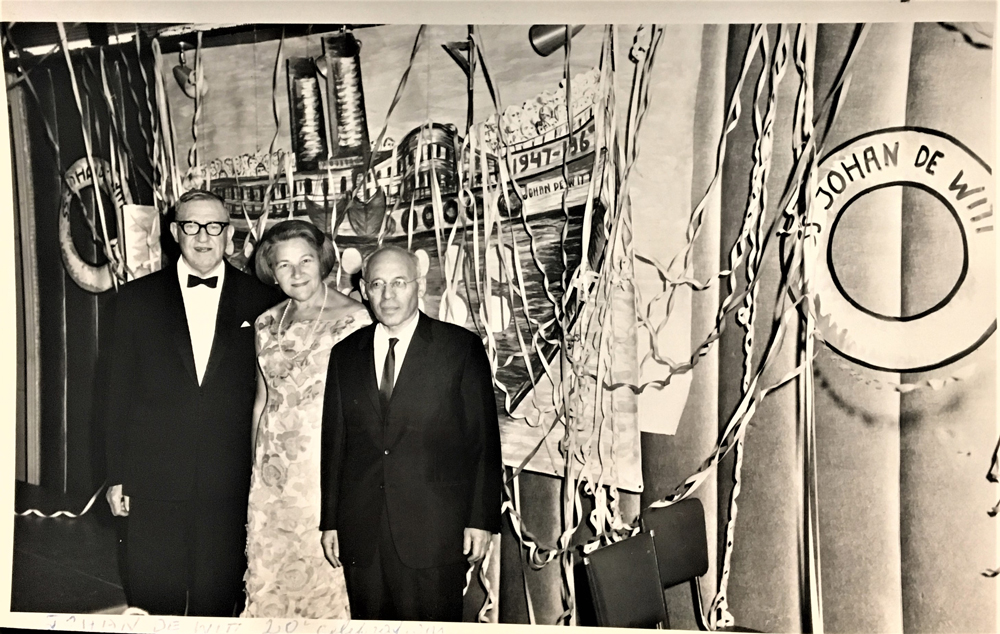 In spite of the Australian government’s expansive post-war immigration program substantially subsidising the cost of resettlement, Jewish immigration received no government assistance. The plan to resettle Holocaust survivors in Australia was an ambitious and audacious undertaking, solely dependent on Jewish know-how, ingenuity and philanthropy. What would become the largest intake of Jewish immigrants in Australian history – all of whom had to be sponsored, housed and employed – could only succeed by redeveloping Jewish Welfare into a proactive, innovative organisation with an expansive outreach and prodigious fundraising capability. Under Leo and Mina’s leadership, Jewish Welfare quickly became the largest and most influential Jewish organisation of its kind in Australia. By the mid-1950s, over 17,000 Holocaust survivors had found a home in Australia, with close to 60 per cent choosing to live in Melbourne.

As well as serving as President of the Australian Jewish Welfare and Relief Society until 1960, Leo began his communal involvement in the 1930s at the Kadimah, a Yiddish cultural institution then located in Carlton, in the heartland of Yiddish Melbourne. He also held key positions of responsibility on the Victorian Jewish Board of Deputies (as executive member from 1948 to 1949 and Vice President from 1954 to 1955) and on the Executive Council of Australian Jewry. In these roles, Leo always imparted a clear businesslike, yet democratic approach to all matters of policy and practice, mirroring the successful management skills that distinguished his business life. Leo and Mina travelled extensively, often representing Australian Jewry at international conventions in the USA, Israel and Europe.

Both Leo and Mina were deeply committed to the Zionist movement and to strengthening the State of Israel, in particular by bolstering the country’s economy. Leo established the first wholly-owned Australian business venture in Ashdod: the Australian Woollen Industries. It was officially opened on 16 May 1963 and heralded as a monumental achievement. Mina often referred to its opening as ‘one of the proudest moments in our lives’. Throughout the 1960s, they spent a considerable amount of time in Israel, with Leo developing his bold global vision of a strong Jewish homeland – one that could stand on its own two feet, independent of charity. A highlight of this period was Leo’s leadership of the Australian delegation at the Economic Conference in Jerusalem in April 1968, at the personal invitation of the Israeli Prime Minister Levi Eshkol. Both Leo and Mina were keen supporters of many Israeli institutions, particularly those with an educational focus. Leo worked tirelessly to forge reciprocal economic and political ties between Israel and Australia, while Mina was an executive member of the Zionist Federation of Australia for almost two decades. 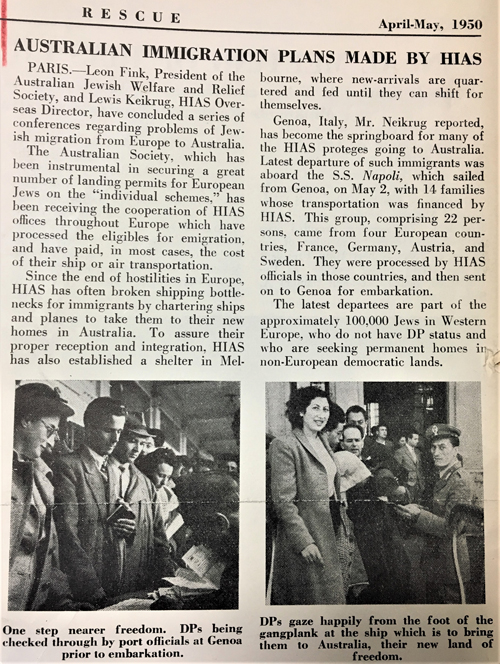 After Leo’s untimely passing on 20 September 1972, Mina continued her communal involvement with welfare. She remained a Director of Jewish Welfare until 1977, lending her hand as Appeal Patron in 1976 and again in 1985, and as Appeal Chairperson in 1987. But she also found new interests that fired her imagination and to which she devoted considerable energy. Her leadership of the National Council of Jewish Women (NCJW) as National President from 1967 to 1973, following her successful presidency of NCJW Victoria from 1957 to 1960, saw the organisation redefine its ideology. It expanded its outreach internationally to embrace a strong feminist and humanitarian agenda led by a younger, more educated generation of women. In 1975, she chaired the 10th triennial International Council of Jewish Women (ICJW) Convention in Melbourne, the first international Jewish conference to be held in Australia. She was also elected an Honorary Life Governor, life member and Vice President of ICJW in 1987.

Her involvement in the establishment of the Jewish Holocaust Centre, which opened its doors in 1984, was both as a major donor and member of its organising committee. Mina insisted on correct reporting procedures and adherence to businesslike protocols. Her greatest legacy was ensuring that its mandate included an important educational focus, one which remains the flagship of the organisation to this day. The Centre educates some 23,000 schoolchildren each year and offers a range of highly acclaimed adult education programs and lectures. By the time of her sudden death on 2 May 1990, Mina had left her own indelible mark on three major Jewish organisations, all of which continue to thrive in the twenty-first century.

While they led largely public lives – mixing with world leaders, captains of industry and the social elite – Leo and Mina never lost the common touch. Mina would not hesitate to pick up a broom and sweep the floor of a migrant hostel, or reorganise its kitchen, while Leo thought nothing of picking up the suitcase of an immigrant and personally taking him or her to their next destination. ‘It was just the kind of man he was,’ Mina recalled late in life. They personally sponsored and supported countless individuals in need, through education and employment opportunities, and as guarantors. They also acted as personal mentors and guardians to young orphaned immigrants without parents for guidance. One such group, who came to be known as the ‘Buchenwald Boys’, regarded Mina as their ‘mother’.

They were generous philanthropists and gracious, hospitable hosts. Their door was always open, with their home known to their large family and broad circle of friends for its warmth, social occasions and communal events, and Mina’s excellent skills in the kitchen. Their generosity knew no bounds.

While both Leo and Mina received a number of awards in recognition of their voluntary communal work, their legacy goes far beyond the citations and medals. Theirs is a remarkable story of compassion and service towards the welfare of others, and an unswerving commitment to the Jewish world and Jewish humanity. This is the story of two immigrants who set out to save an entire world.