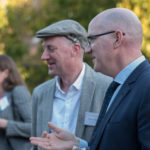 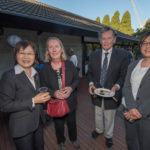 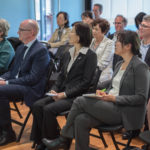 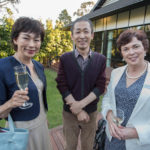 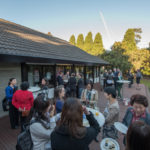 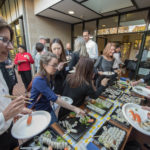 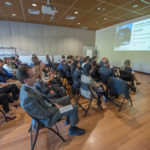 The Japanese Studies Centre is very grateful to the Consulate-General of Japan in Melbourne and the Faculty of Arts, Monash University for supporting this event. 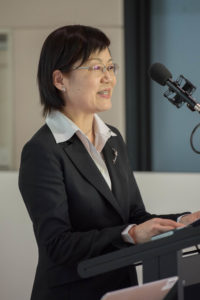 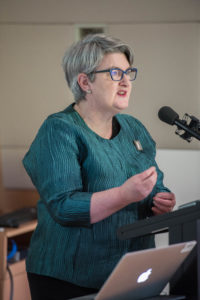 The first keynote speaker was Professor Veronica Taylor of the Australian National University. Professor Taylor talked passionately about her own experiences as a student of Japanese language and culture, and explained how the communication skills and sociocultural literacy she developed through her studies has helped in a variety of roles throughout her career. She affirmed the potential of studying Japan as a ‘pivot’ for inter-cultural engagement more generally. 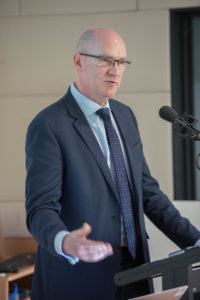 The next speaker was Mr Brian Kitney, Vice President and Chief Operating Officer of Osaka Gas Australia Pty Ltd. Mr Kitney reminisced on his years as a student in Monash’s Japanese Studies program and outlined his career in business that has included work with a number of Japanese enterprises both in Japan and Australia. Mr Kitney offered many words of encouragement and advice to current students of Japanese Studies and, like Professor Taylor, underlined the value of studying Japan as a gateway to other career opportunities. 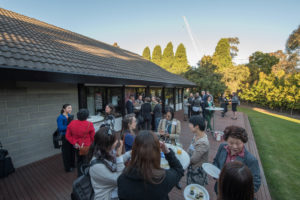 The formal proceedings were followed by a reception in the outdoor area adjacent to the Auditorium. Inspired by the keynote speeches, attendees engaged in animated discussion of their own experiences as students and researchers of Japan, made new acquaintances, and rekindled old ones. Following the reception was an optional dinner in celebration of the 50th anniversary of Japanese Studies at Monash.

The keynote speeches of both Professor Taylor and Mr Kitney were video-recorded and edited versions will be made available for public access via the Monash University website in the near future. The videos will also be a valuable and inspiring resource for current students of Japanese Studies considering pursuing longer-term study and work in Japan.

Saturday 15 October was a full day of academic presentations dealing with the theme of ‘Looking Back, Looking Forward’ in Japanese Studies. The day began with a keynote address from Senior Professor Vera Mackie of the University of Wollongong. Professor Mackie spoke about the past, present and future of Critical Japanese Studies in Australia, emphasising the contribution that rigorous academic research on Japan has made to advancing the Australia-Japan relationship, and setting out an agenda for research on Japanese society and culture into the future.

Four parallel sessions were held in the morning and afternoon of 15 October in order to showcase some of the finest Japanese Studies research currently being undertaken by postgraduate students at Monash University and beyond. We were delighted to be joined by 7 postgraduate students from other institutions, including the Australian National University, University of Tokyo, and University of Queensland. Attendees were impressed by both the breadth and depth of research presented and reassured of a bright future for Japanese Studies in Australia. 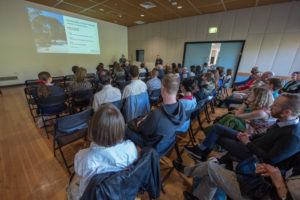 The final session of the conference was held to mark 30th anniversary of the publication of the book Images of Japanese Society: A Study on the Social Construction of Reality by Monash University Emeritus Professor Ross Mouer and La Trobe University Emeritus Professor Yoshio Sugimoto. The book remains one of the most influential works in the field of Japanese Studies, and is said to put Australian Japanese Studies on the forefront of international studies of Japan. The conference welcomed both of the authors to talk about the book and its impact, to share their thoughts on the state of the Japanese Studies discipline today.