After two long years of lockdown, the Japanese Studies Centre held its first in person event on 6 April, 2022:

TOGETHER FOR THE FUTURE? WRITING A NEW GLOBAL HISTORY OF HIV AND AIDS FROM JAPAN

Members of the JSC were excited to resume on campus activities with a special presentation from Dr. Pendleton, who had flown in from the UK the previous week. His presentation,  'Together for the future? Writing a  global history of HIV and AIDS from Japan' redirected our attention from the current pandemic to the not so distant past of the global AIDS pandemic, and Japan's contributions to our understanding of it.  The seminar drew in both students and long time members of the JSC, happy to be back in the Neustupný Auditorium after so long. 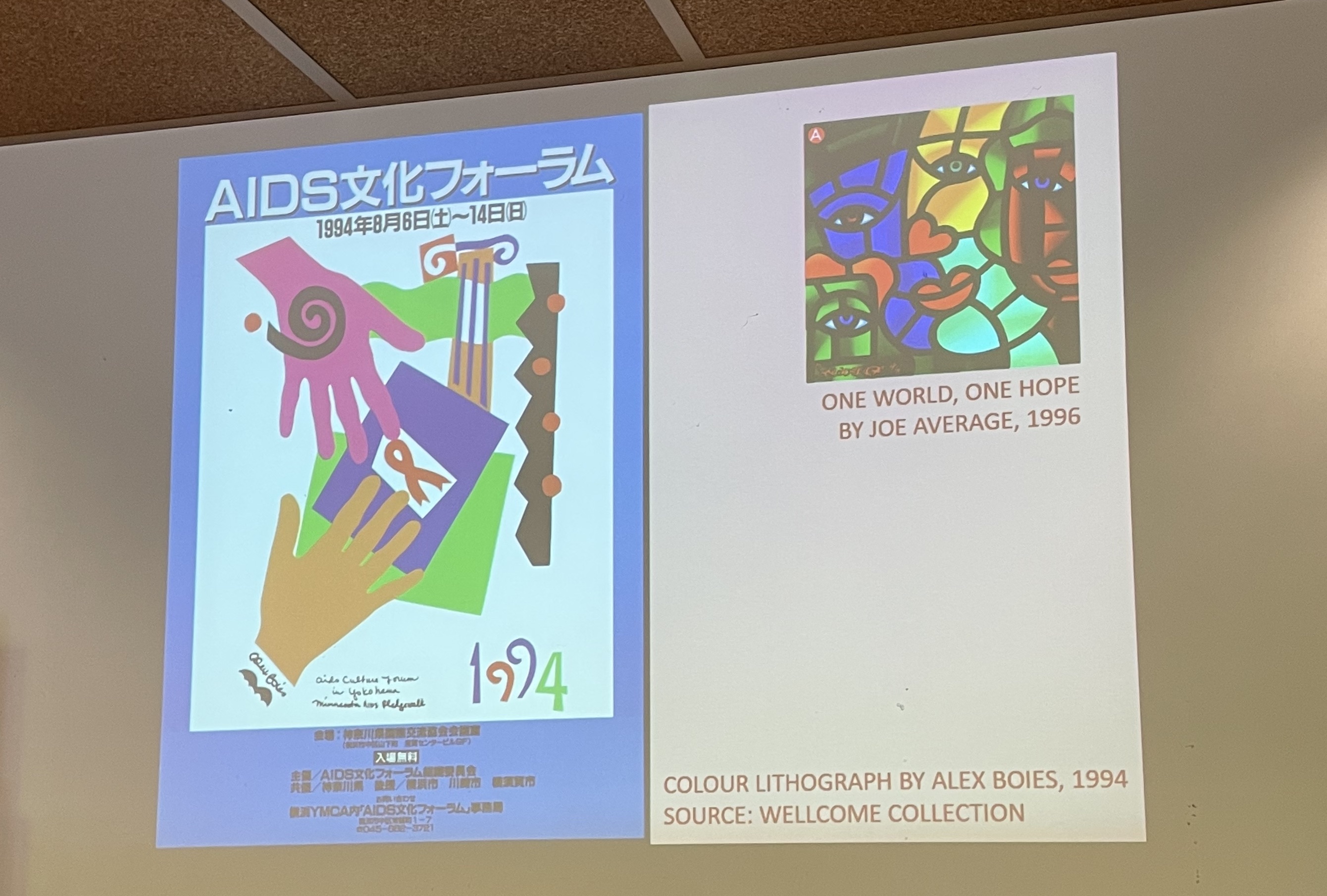 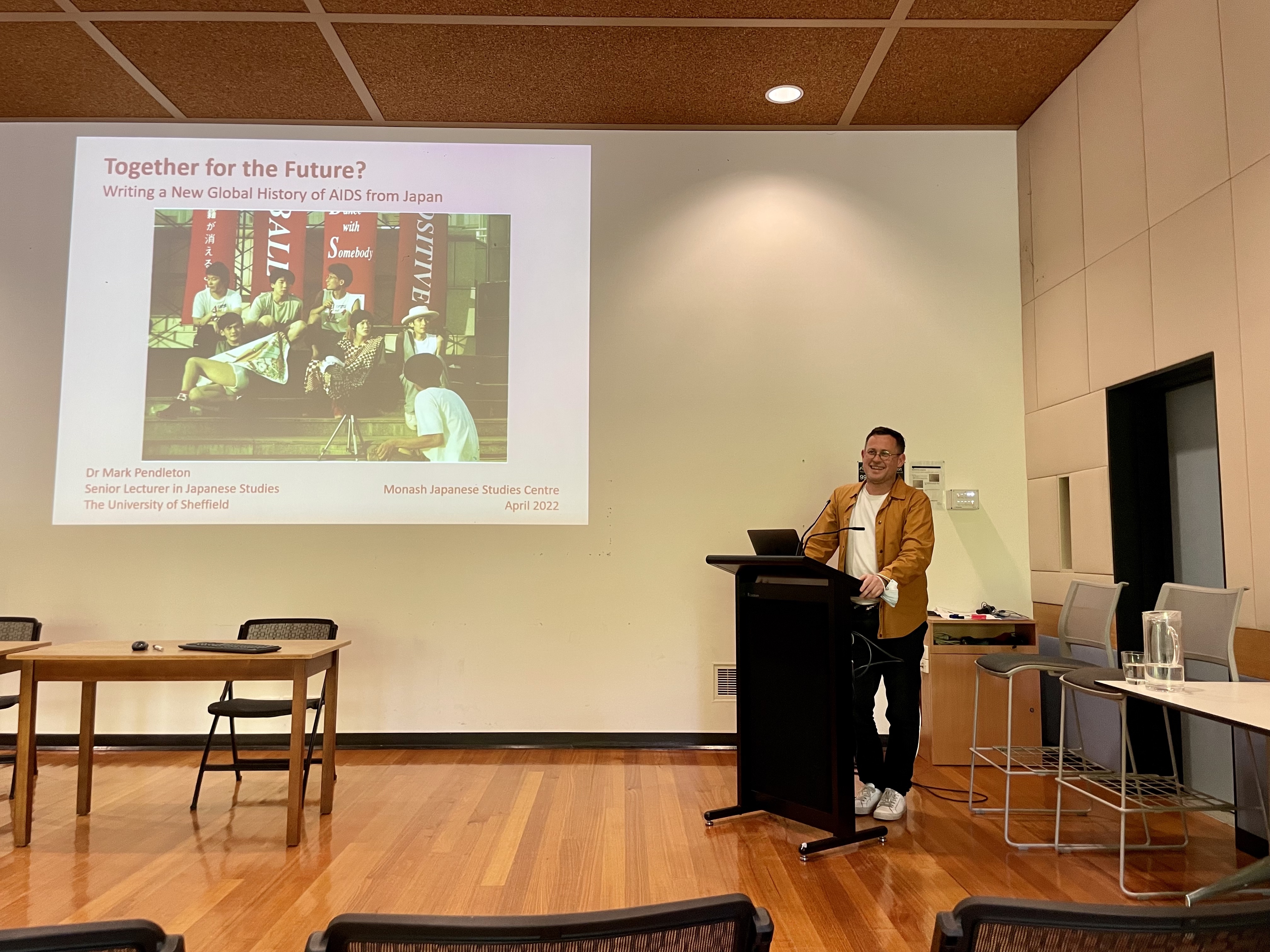 Presentation Abstract:  The global intellectual and cultural history of HIV and AIDS has often been written through English sources and with a focus on Europe and North America. What happens, though, if we shift our focus to a place often seen as marginal to this global story – Japan? This talk is part of an emerging research project that looks to reorient the complex histories of HIV and AIDS before the mid–1990s development of antiretroviral therapies, which transformed the lives of many people living with HIV. In this talk I consider the limitations of narrow Anglophone approaches to global histories, and, through a focus on how the future was conceptualised at the International AIDS Conference in Yokohama in 1994, explore some critical ideas around AIDS that were developed, debated and sustained in East Asia.

Speaker bionote:  Dr Mark Pendleton is a historian of modern and contemporary Japan and Senior Lecturer in Japanese Studies at the University of Sheffield. He has published over twenty articles and chapters in leading journals and edited volumes, and co–edited the Routledge Companion to Gender and Japanese Culture. He has also curated a number of exhibitions and events involving Japanese artists and cultural producers, including Nagashima Yurie, Ninagawa Mika and Saeborg. Forthcoming publications include a co-authored chapter with Narita Ryūichi on premonitions of anxiety at the end of the postwar economic boom, to appear in the new Cambridge History of Japan in 2023.