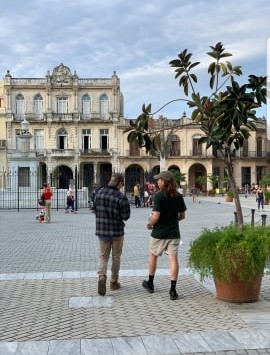 What it means to be an outsider in Cuba:

Being an outsider in Cuba in some cases was incredibly confronting, but many other times was nothing of the sort. There was a real divide between the types of interactions you received as a foreigner.

Throughout Cuba, you were constantly reminded of your “exotic” nature (and introduced to the Cuban social structure known as ‘machismo’) as almost every single man that you saw on the street would harass the women, no matter the situation, always intruding on conversations and personal space. The bigger cities like Havana and Trinidad were littered with this kind of behaviour towards outsiders, particularly in the major tourist districts like Habana Vieja. You were not there to be accepted into the community and truly experience the culture, you were there as a grassroots investor of sorts, experiencing the culture to a degree but more importantly handing over money to those in the tourist industry at an incredibly imbalanced rate (compared to those working in high-skill jobs in Cuba, like doctors or engineers).

However, as you move away from the tourist hubs and Cuban capitalism, you find the true nature of Cuban people. The people that I stayed with throughout Cuba were some of the most caring, generous and intelligent people that I have met. You were not treated as an outsider, you were encouraged to be a part of their family, a part of their lives and an important cog in the community. 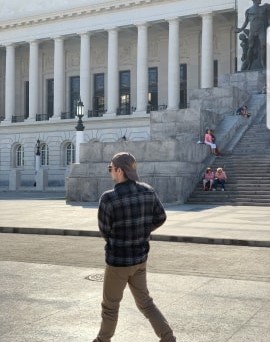 In Santa Clara, for example, although my Spanish is incredibly limited, methods of communication and enjoyment between us and the Cuban people were easy. If you were not seen as a vessel of funds, you were a person cared for, and you wanted to care for them. Our hosts in Santa Clara were the perfect embodiment of caring people, always willing to hear us out and always ready to have a chat.

I believe that, like most things, being an outsider in Cuba is complex, and geographically defined. The location in which you move about defines your experience as an outsider in Cuba, if you stick to the beaten path of outsiders in Cuba, you will only see the entrepreneurial and almost desperate nature of Cubans. But if you dig deep enough, you will find an almost completely different experience of being an outsider, you have no segregation, you have no barriers, you are engrossed in what they do.