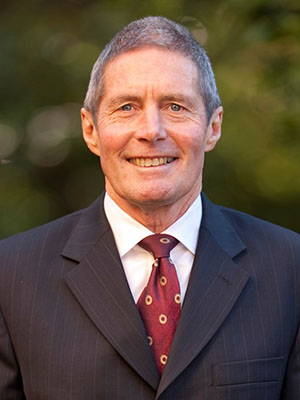 Following five years at Australian Paper Manufacturers (Amcor) in the Planning Division, Phil commenced teaching Economics and Accounting at Mentone Grammar School in 1975. The following year he accepted a position at Wesley College, where he remained for 18 years, teaching Economics and Politics. He held several leadership positions at Wesley, the last of which was Head of the Senior School at the St Kilda Road campus. In 1994 he was appointed Head of Campus at the Glen Eira Road campus of Caulfield Grammar School. In 1998 he was lured out of education into the Financial Services sector, where he worked as a Director at Wilson Dilworth Limited. At the beginning of 2002 he returned to education as Principal of Carey Baptist Grammar School, a co-educational school of 2,300 students ranging from Early Learning to Year 12. Phil served as Principal at Carey until March 2010. In March 2011 Phil was appointed the inaugural Chief Executive Officer of Evans and Partners, a prominent Melbourne based Australian independent investment house with a staff of 90 people. He concluded this interim position at the end of January, 2012. In addition to a Bachelor of Economics and Bachelor of Education (both from Monash University), Phil holds a Graduate Diploma in Financial Planning from the Securities Institute of Australia.

Phil is currently President of Monash Blues Football Club, Chairman of Claims Funding Australia, a Director of the Cathy Freeman Foundation, and member of the VincentCare Investment Committee and the Australia Post Stakeholder Council. He also consults schools on leadership.

Phil has been an active sportsperson most of his life. He played 200 games of amateur football with Monash University Blues Football Club and over 100 games of pennant squash with the Melbourne Cricket Club. He has completed eleven marathons, eight of them under three hours, and still competes in triathlons. He is also a keen golfer.