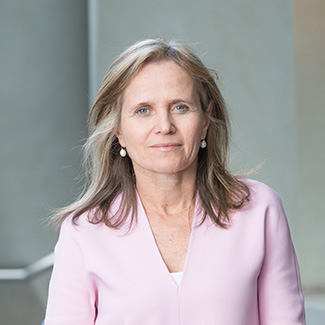 Professor Sharon Lewin completed her medical degree, MB, BS (Hons), in 1986, and her PhD in virology in 1997 at Monash. She undertook her physician and specialist training at the Alfred, Royal Melbourne and Fairfield hospitals, and in 1989 worked for a year in a small hospital in Kenya.

This was when Sharon became passionate about infectious diseases, specifically HIV. She completed her postdoctoral fellowship at Rockefeller University (1997-99) in New York, working for Dr David Ho, Time magazine’s Man of the Year in 1996 for his contributions to the discovery of effective antiviral treatments for HIV.

After returning to Australia, Sharon worked at the Department of Microbiology and Immunology at the University of Melbourne before being appointed professor and director of the Department of Infectious Diseases at the Alfred Hospital and Monash University from 2003-14.

In 2014, she was appointed Director of the Peter Doherty Institute for Infection and Immunity, a joint venture between the University of Melbourne and Royal Melbourne Hospital. She’s Professor of Infectious Diseases at the Melbourne Medical School, University of Melbourne; consultant infectious diseases physician, Alfred Hospital; and a National Health and Medical Research Council (NHMRC) Practitioner Fellow.

Her research focuses on why HIV persists, and on developing clinical trials aimed at finding a cure. She’s delivered more than 100 talks internationally, and has published 280-plus papers.

She leads several large multi-centre collaborative grants, is a member of the governing council of the International AIDS Society (IAS), representing the Asia Pacific region, and co-chairs the IAS global advisory board for the Towards an HIV Cure initiative. She’ss been a member of the council of the National Health and Medical Research Council of Australia since 2016, and chairs the Health Translation Advisory Committee.

In 2014, Sharon was named Melburnian of the Year, and in 2015 was awarded the Peter Wills Medal from Research Australia. She was made an Officer of the Order of Australia in 2019.

She and her husband, lawyer Robert Milstein, have two sons, Alex and Max.