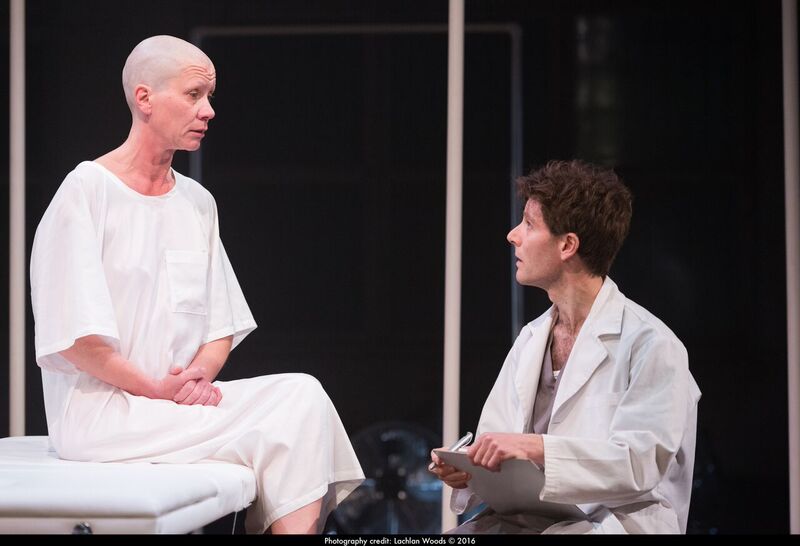 An innovative collaboration between Monash University and the theatre and healthcare industries is exploring new ways to educate people about ovarian cancer and receiving critical acclaim along the way.

Associate Professor Jane Griffiths, head of Monash University’s Centre for Theatre and Performance, has been nominated for best actor in the 2017 Green Room Awards for her lead performance in Margaret Edson’s Pulitzer Prize winning play, Wit. The Green Room Awards are Melbourne's premier performing arts industry awards and recognise excellence and innovation across a range of categories.

The play was performed at Melbourne gallery fortyfivedownstairs with support from the Monash Academy of Performing Arts and the Pratt Foundation. The Pratt Foundation’s support is part of a $1 million gift to the Centre for Theatre and Performance.

“It is great to have this demonstration of industry impact for a project that was supported by the Monash Academy of Performing Arts and the Pratt Foundation's ongoing support for the Centre for Theatre and Performance,” Associate Professor Griffiths said of her nomination.

Wit explores the life of an English professor suffering a terminal illness and has been performed throughout the world. In addition to its critical success, the production received the approval of Ovarian Cancer Australia (for whom the production held a benefit performance) and has formed the  basis of a Monash University and Warwick University grant to examine the role theatre can play in empathetic engagement and public health education around ovarian cancer.

“The Centre for Theatre and Performance has a very strong and proactive ‘practise as research’ strand, looking at how research can be disseminated actually through doing it rather than writing about it,” Associate Professor Griffiths said.

"It is incredibly valuable that there can be a synergy between the theatrical and academic industries as a place where practise can be researched. There is an understanding that the work we do at Monash when we actually put on a production is not just putting on a play, it's creating something that  can have an ongoing research impact."

To best achieve that impact, Associate Professor Griffiths collaborated with Monash University colleagues in order to make sure her depiction of a cancer patient was as realistic as possible. “Part of the start of my research process was talking to Monash Professor Carolyn Arnold at Caulfield  Palliative Care and also Ovarian Cancer Australia. The response from the audience was so extraordinary for the way the play dealt with the themes of cancer and how to deal with the pain of loss and grief.”

Associate Professor Griffiths will lead the next stage of the research and hopes to tour the production as a way to educate people about dealing with the grief cancer can cause. "We're hoping to use the play as a tool towards public education in health and also as a forum for empathetic engagement in  grief and loss to do with cancer. We're hoping that it could be a significant and powerful way of showing how theatre can actually engage in the broader cultural conversations we have."

Monash Dean of Arts, Professor Rae Frances said the project “is a wonderful example of the impact that Monash academics are having beyond the academy, and also an inspiring example of the benefits of collaboration across disciplines, institutions and sectors.”

The Pratt Foundation’s gift to Monash also establishes the Jeanne Pratt Musical Theatre Artists in Residence Program. The Program will enable drama and music students to work with and learn from leading musical theatre practitioners.