Gyungju Chyon’s work focuses on relationships between designed things, environments, and people through engaging natural phenomena and exploring materialities. She is interested in delving beyond technological performance, seeking deeper and meaningful connections between things, environment and people for our health, well-being, and ecological living. Through her design studio little wonder, partnered with Dr. John Sadar, she interpolates between installations and product design. Little Wonder has collaborated with international companies such as Rosenthal (DEU), Interface (USA), Duravit (DEU), Emotis (FRA), and Lucifer Lighting (USA). Her work has been globally exhibited in venues in Helsinki, New York, Toronto, Philadelphia, Stuttgart, Sydney and Melbourne, and has been published both in design magazines such as I.D, Metropolis and Domus, and academic publications through conferences, journals and books.

She previously served on the board of directors for Craft, promoting craft and design culture within Victoria, Australia, and was the director of Melbourne Movement, fostering young Melbourne designers by annually exhibiting their work at Salone Del Mobile in Milan. She has lived and worked in New York, Seoul, Helsinki, Toronto, Philadelphia, and Melbourne. 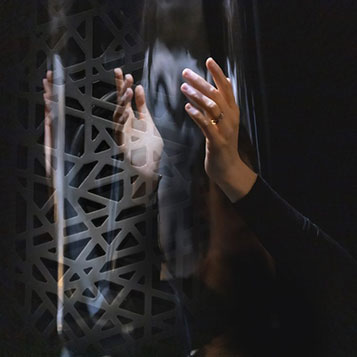