Sarah Lynn Rees is a Palawa woman descending from the Plangermaireener and Trawlwoolway people of north-east Tasmania. She is a Lecturer at Monash University, practices architecture at Jackson Clements Burrows Architects (JCBA) where she also is also a Lead Indigenous Advisor: Architecture and Design, she is program advisor and curator of the BLAKitecture series for Mpavilion, a Director of Parlour: Women, Equity, Architecture, and a member of the Victorian Design Review Panel for the Office of the Victorian Government Architect.

Sarah’s practice, advisory and research interests are geared towards a long term aim of Indigenising the built environment. Awarded the Charlie Perkins scholarship, Sarah attended the University of Cambridge where she produced a thesis on Indigenous housing in remote Australian communities and graduated with an MPhil in Architecture and Urban Design. Sarah is widely published in architectural media, and speaks regularly at architecture and design conferences both locally and internationally. Her current research focus is on developing resources for built environment practitioners to improve collaborative engagement processes with Traditional Owners and Indigenous communities throughout each stage of architecture from procurement to media and awards.

Sarah has practiced architecture in both Melbourne and London, most notably with Stirling Prize Winner Will Alsop’s London based practice aLL Design before returning to Jackson Clements Burrows Architects in Birrarung-ga (Melbourne). Sarah’s appointment at Monash is a practice based research and teaching role that is an ongoing partnership with Monash University Department of Architecture and Jackson Clements Burrows Architects. 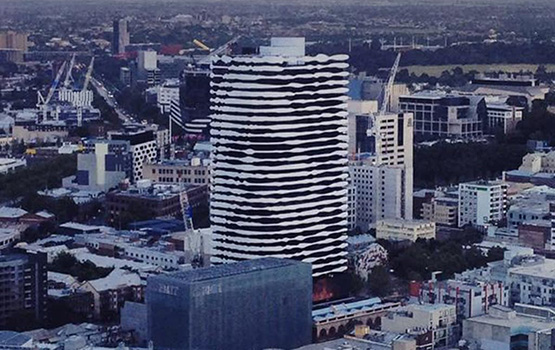 Reconciliation through architecture: A chance to build on the past

Can architecture be a tool for acknowledging Australia’s original inhabitants? Since the arrival of the First Fleet, the opposite has almost always been true – our cities and towns, roads and farms, have dramatically and fundamentally changed the Australian landscape. Architecture graduate and lecturer Sarah Lynn Rees is working to turn that story around.