A Diachronic Wind is the first exhibition in the One Vast Library (OVL) series. Incorporating the work of Australian artists with a focus on photographic, performance and moving-image practice, this exhibition examines the differing temporal experiences and impacts of anthropogenic emission and ongoing debates around the dating of the Anthropocene in the context of colonisation. The works presented share an anachronistic relationship with their subjects or medium, reflecting qualities of deferral and lag, or sitting outside of typical conventions of time. These perspectives deepen an understanding of the complexity of climate-based violence and how it is experienced across a wider temporal range, in comparison to the more dominant immediacies of contemporary crisis narratives.

About One Vast Library curated by Tim Riley Walsh

One Vast Library (OVL) is a series of three exhibitions, accompanying events and publishing presented at MADA Gallery. The project’s title is drawn from the writings of the 19th century English mathematician and early innovator of machine computing Charles Babbage who represented the atmosphere as a shared repository of human memory, breath, and emission, “one vast library on whose pages are forever written all that man has ever said”. OVL aims to articulate a changing relationship with the atmosphere in the context of climate crisis by demonstrating its fluctuating representation across late 20th and early 21st century Australian and international art. By placing both recent and historical works in dialogue, the project intends to describe the air of the present as an increasingly precarious space, thick with social, political, economic, and cultural frictions and machinations. 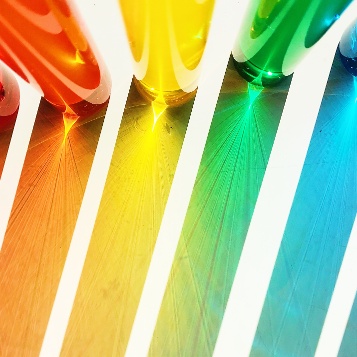