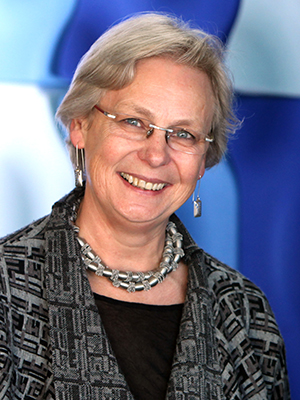 Cheryl Batagol is Chairman of the Environment Protection Authority (EPA) Victoria, joining the organisation in September 2009 and since 2012 has been the inaugural Chair of the Cooperative Research Centre for Water Sensitive Cities based at Monash University.

Born on a dairy farm in South Gippsland, Cheryl started her career in 1968, working in a family waste collection company, which also marked the start of a long career in the waste management industry where she worked for over thirty years in both private and public companies, retiring from her management and executive career in 2000 from Brambles Australia Ltd’s Cleanaway division.

Prior to her appointment as EPA Victoria’s Chairman, Cheryl was the Chairman of Melbourne Water for five years. Cheryl has also served on the Boards of the Victorian Catchment Management Council, City West Water and Southern Rural Water.  She has been a Chair, Deputy Chair and board member of EcoRecycle Victoria the predecessor organisation of Sustainability Victoria, serving for sixteen years across both organisations.  Cheryl has also served the Victorian Community on many other government, industry association and not-for-profit boards as well as on community and schools boards and committees.

During the years when her two children were young, Cheryl took time out from the waste industry and worked as a volunteer and then part time for a large local government in their family support and counselling program.  The program assisted vulnerable children and their families when the child’s safety or development was at risk or where parents were experiencing difficulties that impacted on their parenting and their children’s well-being.  This underscored for Cheryl the importance of sustaining parents and families through the workplace and ensuring workplace culture is constructive and supportive. Cheryl is widely recognised as a champion of the philosophy “culture is the currency of delivery”.

It was whilst working back in the waste industry that Cheryl became immersed in the sometimes difficult interface between industry and residents and recognised the need to build mutual trust and respect between a company or group of companies and its local community.  Sometimes now referred to as environmental justice or restorative justice, Cheryl engaged with both industry and communities to restore mutual confidence within local communities allowing businesses to succeed and communities to thrive.  Now as Chairman of EPA Victoria that concept of successful co-existence underpins the work of the regulator.

Learning through experiences in the private and government sectors, Cheryl is committed to social and environmental justice and leads change in preventing pollution and reducing the impacts of pollution and waste on human health and the environment.