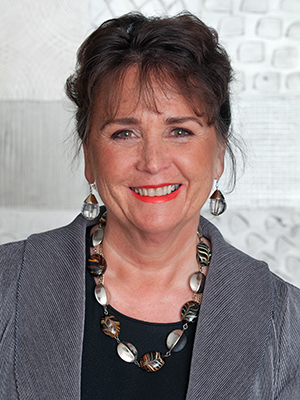 Ms Mary Harney is a well-established and respected member of the health, science and agricultural sectors in Australia.

Through her extensive experience, Ms Harney has a deep understanding of the academic and applied research, commercial, regulatory, pharmaceutical and biotechnology industries as well as health and agriculture sectors in a global environment. Ms Harney attained a number of tertiary degrees including a Bachelor of Science at Monash University, and a Bachelor of Arts at The University of Melbourne. She has recently completed a course at INSEAD the international business school on ‘Strategy in the Age of Digital Disruption’.   She is also a Member of the Australian Institute of Company Directors.

Science is Ms Harney’s passion.  Over the years, she has held a number of roles in the medical and health sectors including Head of Cytopathology at Royal Melbourne Hospital and Chief Examiner for the Australian Society of Cytology.

Ms Harney then transitioned from the public health sector to the commercial world, working in executive roles with ASX listed companies including AMRAD, CSL, venture capital backed biotechnology companies and a private vaccine manufacturer, BIOPROPERTIES.  Ms Harney returned to the public health sector as Chief Operating Officer Research and Director of the Office of Clinical Research at Peter MacCallum Cancer Hospital in 2007.

Projects such as the establishment of the Sir Peter MacCallum Department of Oncology at The University of Melbourne, would not have been possible without Ms Harney’s dedication.

Currently the Chief Executive of the not-for-profit organisation Gardiner Dairy Foundation, with more than $100 million of funds under management, Ms Harney directs finances towards significant R&D projects that will build a vibrant Australian dairy industry.

Ms Harney’s dedication to research, development and extension has positioned the not-for-profit organisation as an industry leader.  She has also played an integral role in facilitating the ImProving Herds initiative, which employs genomics experts to assist dairy farmers make informed herd decisions and generate more profit.

She thrives at the nexus of research and commercial application and has fostered various collaborations between academic institutions, government departments and businesses to future-proof the industries she is working in.  In fact, she has been the driving force behind the dairy industry’s involvement with the Monash Industry Team Initiative, to augment engineering capability for the industry, a successful project that received a BHERT Award for Outstanding Excellence in Collaboration.  In 2016 Ms Harney was the recipient of the Monash University Science Faculty Alumni of the Year award.

Ms Harney is a clear leader in all ventures she undertakes and prides herself on achieving results that hold significance.  Throughout her cross cultural career, one of her many strengths has proved to be the ability to connect innovative ideas and people.