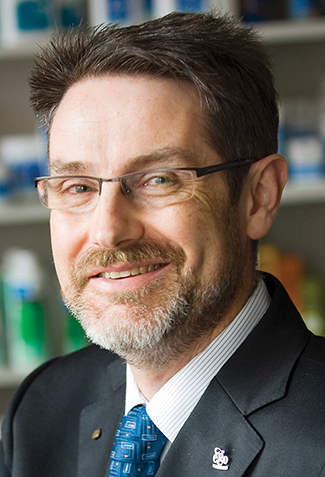 Alan Oppenheim has been Managing Director of Ego Pharmaceuticals since 1990 and prior to that was Scientific Director for a decade.

Alan is a director of the Australian Self Medication Industry, the organisation that represents the non-prescription pharmaceutical industry.

Alan is recognised for his community support by being made an Honorary Life Member of the Australian Dermatology Nurses Association.  He is an Entrepreneur of the Year.  Together with his wife, Dr Jane Oppenheim, he received an Award for Excellence to the Self Medication Industry. He was presented with an Export Hero Award by the Governor-General of Australia.