Monash provided a wonderful foundation for me to explore ideas, gain an amazing amount of knowledge and develop advanced skills and knowledge in design.

Now in its seventh year, Reef Design Lab is considered a world leader in its field.

“We're a multidisciplinary design studio that works closely with marine ecologists to develop habitat infrastructure for a range of research and commercial applications,” Alex said.

“Monash provided a wonderful foundation for me to explore ideas, gain an amazing amount of knowledge and develop advanced skills and knowledge in design.”

“The lecturers encouraged me to follow my interests and develop my ideas through projects we were doing in our studio classes,” he said.

Alex did so, developing his ideas throughout his studies and bringing it to reality in his final year graduate project. His 2013 graduate exhibition, Modular Artificial Reef Structure (MARS), was awarded "Best Product Design" in Industrial Design.

“3D printing technology is low cost, easy to produce and easy to transport to remote locations. Our design can be implemented by divers and tailored to suit the geographical layout of the ocean floor.”

Alex said the idea for MARS was formed during his childhood.

“I grew up in Melbourne, and spent a lot of time diving and snorkelling in Port Phillip Bay. I saw firsthand how years of large scale fishing practices have damaged the bay's natural reefs”.

“In my undergraduate degree at Monash, I was learning so much about materials, technology and manufacturing, and learning how to use equipment like 3D printers, laser cutters, CNC milling and thermoformers (plastic moulding) that ideas and ways to improve the health of marine habitats were forming.”

“That time I spent in the Monash’s digital fabrication workshops as a young industrial design student experimenting, learning, testing and prototyping was invaluable. It all led to the working prototype for MARS.”

During his final year studying the Bachelor of Industrial Design (Honour) at Monash, Alex won the national James Dyson International Awards and the Hills Young Australian Design Award for Sustainability for his MARS project. The project has gone on to win multiple awards and has been featured on BBC Earth, CBS and in Dezeen, Australian Geographic, Popular Science Magazine, Discovery News, Huffington Post and on other television shows and in news publications.

“I’m still in contact with my design lecturers, and others from Monash. For a chat or advice and even collaborating on projects. Monash gave me a great foundation in design and a platform to help launch my business.”

Alex and his Reef Design Lab continue their research into constructed marine habitats and the Lab is working closely with marine research organisations on projects across the world.

Check out current and past projects Alex is working at https://www.reefdesignlab.com 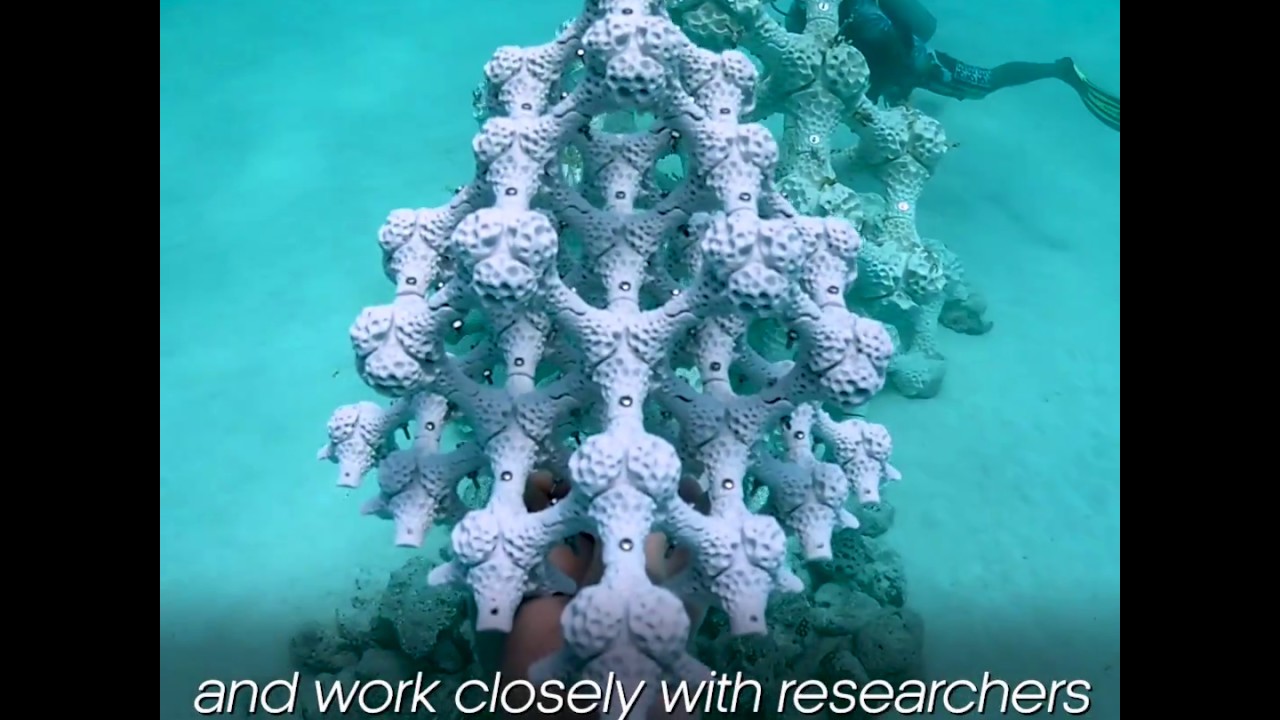