The recent US shootings at massage businesses in Atlanta should ring alarm bells in Australia. Eight people were killed in the attacks, including four Korean women and two Chinese women.

US authorities are still trying to determine the exact motive behind the attack by a 21-year-old white man, who is a suspected sex buyer.

But some feminist groups, such as Asian Women for Equality, immediately identified misogynist racism as a key element behind this sort of violence. As one member of the group, Suzanne Jay, said,

Men are being trained by the prostitution industry. They’re being encouraged and allowed to orgasm to inequality. This has an impact on Asian women who have to deal with these men.

increasingly contributes to the dehumanisation of all Asian women.

Indeed, it has been reported that the Atlanta shooting suspect explained the attacks were a form of vengeance to eliminate the “temptation” for his “sexual addiction”. 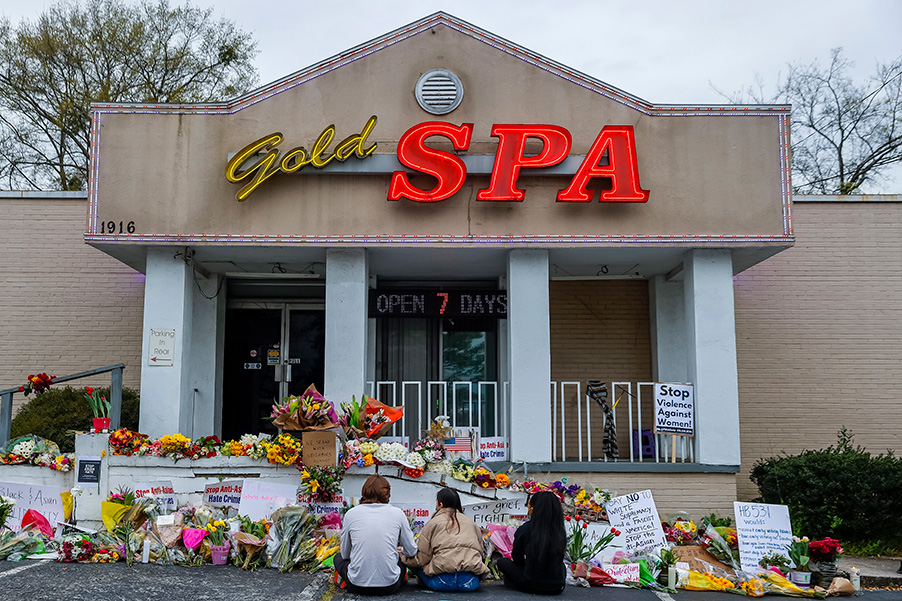 Mourners pause at the scene of two of the massage parlor shootings in Atlanta. Photo: Erik S. Lesser/EPA

Like the US, Australia’s “massage parlours” are associated with the prostitution of Asian women. These venues, outwardly presenting as massage businesses but offering illicit sexual services, make up the majority of brothels in the city I study, Melbourne.

Australia’s commercial sex industry is regulated at the state and territory level, resulting in a patchwork of differing models.

Despite the main purpose of Victoria’s Sex Work Act to “control sex work”, the majority of Victoria’s brothels get around the legislative requirements and controls by operating under the guise of legitimate massage businesses.

Massage businesses are usually considered a general retail premises in most council areas, which do not require a planning permit or registration.

Australia’s sex industry is also heavily reliant on a culture of sexualised racism.

An analysis of online massage parlour advertising conducted as part of my research shows ads commonly feature images of Asian women in suggestive poses. The wording highlights race or ethnicity, with such phrases as “young and beautiful trained girls from Korea, Hong Kong, Taiwan, Singapore, Vietnam, China and Malaysia”.

In addition to ads, my research also examined online sex buyer review forums. These typically encourage men to include descriptions of “ethnicity, appearance, breast size”, ratings of the women’s body parts and the “services” received.

These sex buyer reviews not only demean and denigrate women, they also  promote the sexualised and racist stereotypes that pervade the industry.

that sex buyers actively construct and normalise narratives of sexual violation and violence against women.

The effects of sexualised racism in prostitution 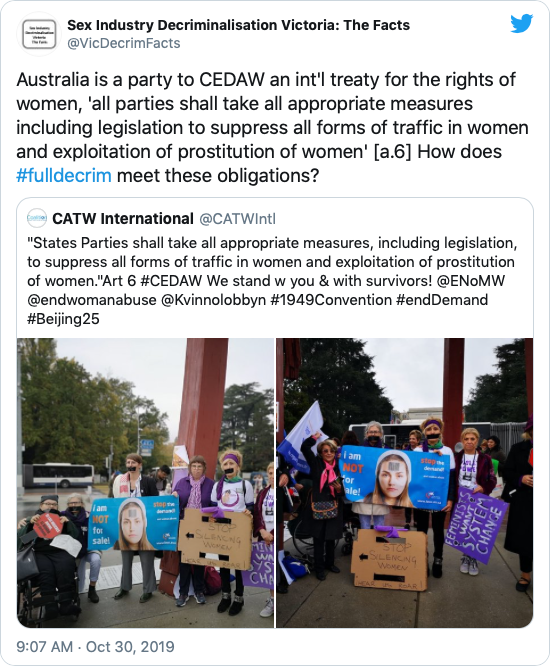 This blatant racism, misogyny and male sexual entitlement is not confined to massage parlour owners or their customers. It’s also embedded in Victoria’s Sex Work Regulations.

The updated regulations now allow advertising to reference “race, colour or ethnic origin of the person offering sexual services”. This means that Victoria’s sex industry legally promotes women from minorities as an eroticised “other”.

This normalisation of sexualised racism promoted by the sex trade in Australia may have wider effects.

A Korean-Canadian doctor, Alice Han, for example, recounted to the ABC being asked twice in a span of 12 hours in regional New South Wales whether she was a sex worker.

She said this exemplifies “a pattern of demeaning stereotyping and racial profiling” of Asian women in Australia, and the association of Asian women with prostitution more broadly.

Australia’s sex industry also relies on the migration and trafficking of Asian women for its survival.

Indeed, Australia’s sex industry is rife with modern slavery for the purposes of sexual exploitation. Cases have been found in both legal and illegal brothels, signalling the wholesale failure of prostitution legislation in this country.

This raises questions about the model of total decriminalisation being proposed in Victoria. This model seeks to decriminalise not only those exploited in prostitution but those who profit from them, such as pimps, brothel owners and sex buyers. 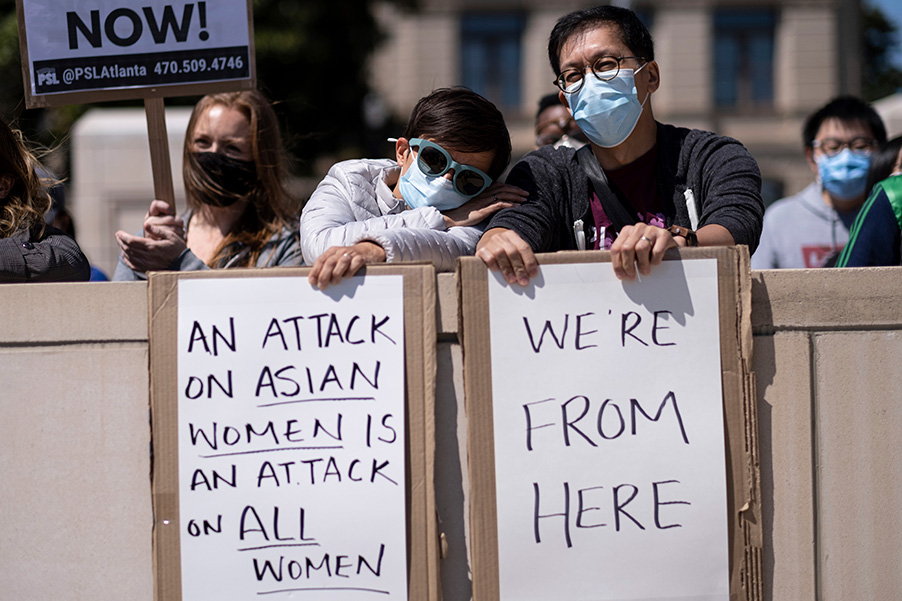 Australia is increasingly behind the rest of the world when it comes to approaching prostitution from a gender equality perspective.

Indeed, the UN Convention on the Elimination of All Forms of Discrimination Against Women (CEDAW) has consistently reprimanded Australia for not meeting its requirements to reduce the demand for prostitution.

In order to address the mix of racism, misogyny and men’s sexual entitlement that prostitution is founded on, Australia must adopt a new national framework. The Nordic or “Equality” model offers one path forward — it decriminalises those working in prostitution, but not those who exploit them.

This model, which has garnered support from survivors of prostitution and anti-trafficking organisations around the world, includes robust social services to support those in the sex trade and assist them into transitioning to other industries.

We know prostitution relies on the abuse of the world’s most marginalised women and girls in order to function. It is predominantly Asian and migrant women who suffer on the front lines of Australia’s sex trade.

While the national conversation confronting society’s acceptance of sexual violence is well overdue, we cannot ignore the sexism, misogyny and racism bound up in Australia’s sex trade.