Professor Richard Nairn came to Australia as the foundation professor  of Pathology at the newly opened Monash University in 1963.  Prior to  this he was a senior lecturer/consultant pathologist at the University  of Aberdeen, Scotland, having previously completed his medical training  and MD and PhD degrees at the University of Liverpool, England.  During  the war for three years he served as a surgeon lieutenant with the Royal  Navy, honing his discipline and effective organisational skills,  invaluable for his subsequent career.  His initial task at Monash was to  organise the undergraduate pathology program for the first intake of  medical students.  Based at the Alfred Hospital but without a formBiochemistry atrvice commitment, he made clinical immunology the  department’s banner. He established one of the first diagnostic  immunology services in Australia, with his staff comprising experts on  renal, skin and auto-immune diseases.  He was a founder of the medical  discipline of clinical immunology in Australia and made a significant  contribution to the development of training and research at a time when  the essential nature and clinical importance of the immune system were  just unfolding. At the same time, his vision of immunology as a future  area for exciting development in biomedical research led him to develop  teaching and research programs in immunology for science, another  pioneering activity in Australia. Professor Nairn had a passion for  developing technology for immunofluorescence and fluorescence  microscopy, editing a seminal text “Fluorescent Protein Tracing” which  remained such for many years.  He embraced the arrival of flow cytometry  with enthusiasm, acquiring one of Australia’s first flow cytometers for  the Department.  He utilised these technologies in his studies on  lymphocyte subset marker identification, tumour immunology and  autoimmune diseases.

Professor Nairn was an excellent  communicator, both spoken and written.  He was a strong and forceful  leader, and played a major role in shaping the faculty of medicine at  Monash in its first quarter century. He utilised his considerable  tactical skills effectively at the University as well as on the chess  board.  He retired in 1984 and later returned to England where he became  honorary archivist for the British Society of Immunology.  He died in  1995. When Professor James Goding was appointed as Chairman of Pathology  and Immunology at Monash University in December 1984, he was the first  Monash undergraduate to return to the university as full professor. With  a background in medicine and immunology research at Havard and the  Walter and Eliza Hall Institute, he set about reinvigorating the  Department’s infrastructure and research achievements. In particular he  made a number of excellent medical and science academic appointments,  leading to a steady increase in research grant success and strengthening  the Department’s teaching resources.  He also played a key role in the  initiation and design of the new Monash research laboratories at AMREP.  He was an enthusiastic and innovative educator of both medical and  science students. Following the Department’s restructure in 2004, he  became the Chair of Experimental Pathology in the School of Biomedical  Sciences, from which he retired in 2013. 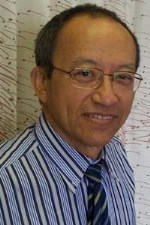 Professor Ban-Hock Toh held appointments at Universities in Singapore  (1967-1968) and Malaysia (1969-1970), before joining Monash University  in 1972.  He was Head of the Department (1995-2005) and Senior Staff  Specialist in Immunology at the Alfred Hospital (1997-2005). In addition  to his teaching and research activities focusing on autoimmune  gastritis and pernicious anaemia, he played a key role in the  Department’s Diagnostic Immunology Laboratory before it was absorbed  into the Alfred’s Pathology service where he maintained a role as  consultant immunopathologist. He was Chief Examiner for the Royal  College of Pathologists Australia in Immunology (1995-2000) and Regional  Editor (Australasia) for Autoimmunity (1993-2001). After retiring as  Head of Department at the end of 2005, he continues his active research  programs with collaborators at the Centre for Inflammatory Diseases,  Monash Medical Centre and the Baker Heart and Diabetes Institute. He  is now an Honorary Professor, Monash University, Professorial Fellow,  Baker Heart and Diabetes Institute and Immunologist, Healthscope Pathology. 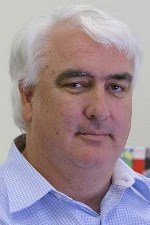 Professor Berndt was appointed Head of the Department of Immunology  at Monash in 2006.  With a strong background in biomedical research at  the Baker Heart and Diabetes Institute and the Department of Biochemistry  at Monash University, as well as serving for several years as Deputy  Dean for Research in the Faculty of Medicine, Nursing and Health  Sciences at Monash, he provided excellent research career mentorship for  staff and students.  He has received numerous national and  international research awards, including a Distinguished Career Award  from the International Society on Thrombosis and Haemostasis in 2003.  His particular research interests in inflammation and vascular biology  provided important new linkages for the Department’s research programs  in immunology.  In 2008, he accepted the position of Head of the College  of Medicine and Health, University College Cork, Ireland and  subsequently, Interim Director of the Biosciences Institute, UCC.  He is  currently Pro-Vice Chancellor of Health Sciences at Curtin University,  Perth. 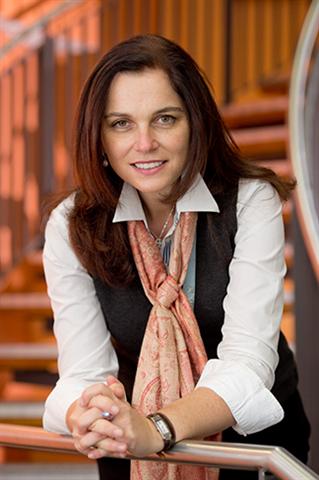 Prof Mackay obtained her PhD in 1994 at the Louis Pasteur University  in Strasbourg, co-supervised by Dr Werner Lesslauer (Hoffmann La Roche,  Basel Switzerland) and Prof Diane Mathis.  She then joined BiogenIdec  Inc in Boston where her work on autoimmunity and cancer led to many  patents and the development of a new treatment.  In 2000, Prof Mackay  joined the Garvan Institute in Sydney as a Wellcome Trust senior  research fellow. Her lab at the Garvan discovered the role of a new  molecule named BAFF/BLyS as a key B cell survival factor. In July 2009,  Belimumab, a therapeutic antibody neutralising BAFF met the primary  endpoints in a phase III clinical trial with lupus patients, run by GSK  and Human Genome Sciences.  This treatment was approved on March 9th 2011, the first new treatment for lupus in over 50 years.
In 2009,  Prof Mackay became the 5th Chair of the Department of Immunology at  Monash University. She is a NHMRC Senior Research Fellow and has  authored over 100 articles/reviews/book chapters, many in high impact  factor journals such as Nature, Journal of Experimental Medicine and  Journal of Clinical Investigation. She is a consultant for several  biotech and pharmaceutical groups. In 2012, Prof Mackay received the  Thomson Reuters Australia citation and innovation award. 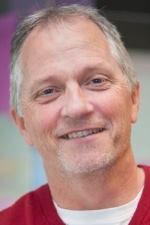 Professor David Tarlinton is Head of Department and laboratory head  for the Immune Memory Laboratory in the Department of Immunology and  Pathology. He completed his BSc degree with Honours at the University of  Sydney before undertaking a PhD with Professor Len Herzenberg at  Stanford University, California. This was followed by a three year  post-doctoral period with Prof Klaus Rajewsky in Köln, Germany before  returning to Australia as post-doctoral fellow with Prof Sir GJV (Gus)  Nossal at the Walter and Eliza Hall Institute in Melbourne. He was  appointed a laboratory head and NHMRC Research Fellow in 1997, a Senior  Research Fellow in 2002, Principal Research Fellow in 2009 and Professor  in Medicine, Dentistry and Health Sciences at University of Melbourne  in 2014.