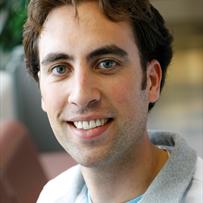 Menno van Zelm completed his PhD and postdoctoral studies at the Erasmus MC, where he identified the first antibody-deficient patients with CD19 and CD81 gene defects, and developed the KREC assay to study homeostatic and antigen-induced B cell proliferation. In collaborative studies, he worked 18 months in the laboratory of Kees Murre at the University of California San Diego (UCSD) to study the structural organisation of the Igh locus in progenitor B cells.

In 2009, Menno became group leader in the Erasmus MC, since 2013 as Associate Professor, and continued his work on critical checkpoints in B-cell differentiation and B-cell memory. These studies mostly involved human material to allow direct translation to patient care. In 2015, Menno van Zelm relocated to Monash University at the Alfred Precinct, where continued his studies on adaptive immunity. Specifically: formation of immune memory and defects in patients with primary immunodeficiencies, durability of immune memory after SARS-CoV-2 infection or vaccination, and plasticity of immune memory after immunotherapy for allergy or cancer.

Prof. van Zelm has received multiple personal grants since 2009, including a Veni Fellowship from the Netherlands Organisation for Scientific Research (NWO), and an NHMRC Senior Research Fellowship. In 2010, he received the Heineken Young Scientists Awardfrom the Royal Netherlands Academy of Sciences (KNAW).

Menno van Zelm is an academic editor for the international journals Allergy, PLoS One, and Frontiers in Immunology, and Regional Editor for Australasia for Immunotherapy Advances. He is current chair (2016-2022) of the IUIS Nomenclature committee and incoming President (2022- ) of the Human Cell Differentiation Molecules (HCDM) organisation that assigns new CD nomenclature and currently evaluates expression patterns of previously assigned CD markers in the CDMaps project.

Molecular aspects of memory B cells in health and disease