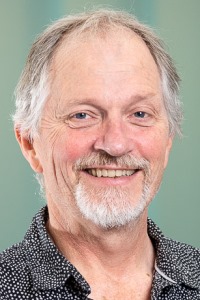 Professor David Tarlinton is Head of Department and laboratory head for the Immune Memory Laboratory in the Department of Immunology and Pathology. He completed his BSc degree with Honours at the University of Sydney before undertaking a PhD with Professor Len Herzenberg at Stanford University, California. This was followed by a three year post-doctoral period with Prof Klaus Rajewsky in Köln, Germany before returning to Australia as post-doctoral fellow with Prof Sir GJV (Gus) Nossal at the Walter and Eliza Hall Institute in Melbourne. He was appointed a laboratory head and NHMRC Research Fellow in 1997, a Senior Research Fellow in 2002, Principal Research Fellow in 2009 and Professor in Medicine, Dentistry and Health Sciences at University of Melbourne in 2014.

All cellular organisms have evolved mechanisms to protect themselves from invasion by other, foreign organisms. In vertebrates this protection is afforded by a network of white blood cells that is called collectively the immune system, which combine when challenged to identify, neutralise and eliminate invaders and their potentially toxic products. In most vertebrates this protection is provided by antibodies, proteins secreted into the body fluids that can bind to non-self and trigger its destruction.

In higher vertebrates, the production of antibodies is a very specialised process, one that involves the antibody getting better during the response. Even more remarkably, the processes that generate antibodies in higher vertebrates also remember the challenge so that subsequent exposure to the invader or any of its products results in a rapid response that is of the improved quality – that is, there is a memory of the first response which allows all subsequent responses to be faster and better. This property of the immune response is called memory. Memory can last for decades and is the basis upon which all vaccines are based. Unfortunately, there are cases where the immune system recognises the host as foreign, and makes an immune response against self. These are called autoimmune diseases and they can be devastating. In these cases, the production of immune memory is a particularly bad thing as it means the disease is difficult to eradicate completely.

The Immune Memory Laboratory focuses on antibody memory - what triggers the formation of memory cells and what factors and processes regulate their composition, persistence and reactivation. The research in the Tarlinton laboratory examines the basis of antibody production in normal situations such as vaccination and infection and in situations where it is causing illness, in diseases like systemic lupus erythematosus (SLE) and in cancers of antibody producing cells which include one called multiple myeloma (MM). The aim is to enable control of the process to achieve better health outcomes and better management of disease.