The importance of gender differences in aetiology, diagnoses and treatment has traditionally been neglected in psychiatry. The Women’s Mental Health Division recognises the complex interaction of biological, psychological and social factors that give rise to clear differences in men and women, and aims to provide gender-tailored novel treatments and interventions. Principle areas of focus included clinical trials to assess novel treatments in borderline personality disorder, schizophrenia, and perimenopause. Expanding current scientific knowledge on the role of the neuroendocrine system in mental illness is critical to these projects. Exploratory studies includ exploring potential hormonal and medication treatments for men and women with borderline personality disorder and schizophrenia. NRAMP, the National Register of Antipsychotic Medication in Pregnancy, is the world’s first registry of its kind. The database aims to develop our understanding of the effects of antipsychotic medications taken during pregnancy and the post-natal period. Alongside research, the team is in a unique position, sitting adjunct to the Women’s Mental Health Clinic. This provides an interface of research and clinical practice, ensuring direct translation of the treatments and interventions, developed to ensure real world change.

Women’s Mental Health is a major area of Prof Jayashri Kulkarni’s research.  She has worked in this area for 25 years to improve the quality of care for women with mental illnesses by developing specific treatments that are tailored to suit women’s needs biologically, socially and psychologically.

Title: The Alison Project: A randomised double-blind placebo controlled investigation of adjunctive memantine in the treatment of symptoms of complex trauma disorder

Background: Complex Trauma Disorder (CTD) is a serious, highly prevalent, stigmatised mental illness with no established biological understanding or effective treatment. Women with CTD have experienced trauma in their childhood or adolescence. The trauma can be emotional, physical or sexual abuse. As adults, sufferers of CTD experience severe interpersonal stress, frequent suicidal thoughts, mood instability, impulsivity and stress-related dissociation. Women with CTD are subject to high mortality and morbidity, and are frequent users of health services. Suicide risk is extremely high in this population; at least 75% of individuals with CTD attempt suicide, and 10% complete suicide. With suicide rates in this patient population alarmingly high and on the upward trend, clinical research that can be translated into practice quickly is imperative.

The poor knowledge about this condition and lack of tailored medications often lead to sufferers being prescribed many different medications, each with significant side effects. All these difficulties contribute to the intense stigma that sufferers encounter in the community, and even in the hospital setting. CTD is far more complex than someone having a 'difficult' personality, and effective treatment and support is profoundly poor. Thus, a new and effective approach for this condition is vital for young women, their families and the broader community. Current psychological treatments are expensive and difficult for CTD patients to access, while there is no clearly designated pharmacotherapy.

Despite the high prevalence, economic impost and individual suffering, biological research in CTD remains in its infancy. A new approach with a new treatment option is urgently needed. A way forward is to view cognitive disturbance in CTD as underpinning all of the key symptoms including emotional instability, aggression, impulsivity, dissociation, as well memory and learning impairments. The glutamatergic system, in particular, the N-methyl-D-aspartic acid (NMDA) subtype receptor, is increasingly recognised for its role in CTD, with recent neurobiological research linking NMDA neurotransmission dysfunction (overactivity) to CTD symptomatology. Memantine is a NMDA antagonist that has been used to improve cognition in Alzheimer’s disease.

Aims: The Alison Project investigates the use of memantine 20mg (compared to placebo) in women with CTD and aims to improve symptom severity using validated and sensitive measures.

Method/Design: The Alison Project is spread over two phases: Phase 1 of The Alison Project started in April 2017 and is a ‘Proof of Concept’ Pilot that examines the study design and procedures as well as preliminary data collected in order to ensure the best measures are used to test for improvements in CTD symptoms and that the study is feasible. Phase 2 will expand recruitment and address the question of whether memantine improves cognition, mood, quality of life and immunological biological inflammatory factors.

Status/Interim Results: According to intention-to-treat, latent growth curve analyses, a significant change in total score of ZAN-BPD symptom severity was observed in the memantine group at 20mg/daily across time, compared to placebo (p =0.02). No adverse events were significantly more frequent among participants receiving active memantine than among those receiving placebo. Memantine at a 20mg daily dose is a well-tolerated drug that can improve BPD symptomatology and may be a promising novel therapeutic for its treatment. Further studies are needed to explore the efficacy of memantine versus placebo, as well as in comparison to other potential treatments for BPD. 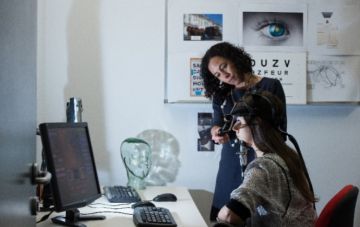 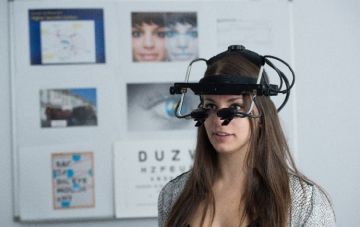 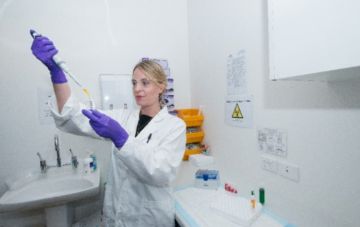 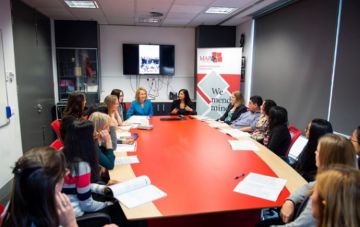 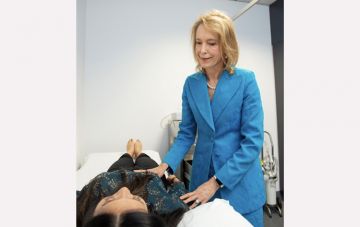 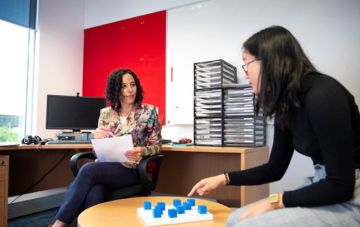 Title: Bazedoxifene Treatment for Schizophrenia in Men and Women.

Background: Increasing evidence points to the protective role of estrogen in the brain, and for its positive effects on the symptoms of schizophrenia and schizoaffective disorder. However, adverse effects on breast and uterine tissue in females, and feminisation of males, limit therapeutic use of estrogen in this population. Bazedoxifene is a new hormone treatment that belongs to a group of medications called Selective Estrogen Receptor Modulators (SERMs). Bazedoxifene is thought to have positive estrogenic effects in the brain with little estrogenic side effects, thus offering a longer term treatment approach.

Although more commonly associated with women, estrogen is also a naturally occurring hormone in the bodies of men, and is already used clinically to reverse bone loss, enhance cardiovascular function, and treat prostate cancer. The advantage of using Bazedoxifene instead of estrogen in men is that the beneficial effects of estrogen can be experienced in the brain without the feminising side effects typically associated with hormone treatments.

Aims: To study the effect of adjunctive Bazedoxifene 40mg daily over 12 weeks in a double blind, placebo-controlled adjunctive study in the treatment of men and women with schizophrenia. All patients receive standardized antipsychotic medication.

Utilising molecular biology techniques with blood samples obtained from participants in the clinical trial described above, we will study changes in neurobiological substrates that we hope will lead to the development of biomarkers or actual tests to enable the accurate, objective and early diagnosis of schizophrenia in the future. We will assess cognitive skills in detail with advanced neuropsychological tests and also use state-of-the-art eye movement tests to better understand the cause of cognitive impairment in schizophrenia. The effect of bazedoxifene treatment on neuropsychological markers will also be measured and inform future treatment innovations.

Traditional approaches for the management of major depression including the use of antidepressants such as selective serotonin reuptake inhibitors (SSRIs) and Serotonin Norepinephrine Reuptake Inhibitors (SNRI) as the first line response. However, standard treatment of perimenopausal depression using antidepressants has only shown small improvements at best and at worst, is associated with severe side effects. A causal factor in perimenopausal treatment resistant depression may be the lack of stable levels of circulating estrogen acting as a natural augmenter of antidepressants.

Thus, with growing evidence supporting the use of hormone replacement therapy (HRT) as a viable and improved treatment for perimenopausal depression, we are conducting a preliminary investigation of the potential of bazedoxifene (20mg daily) + conjugated estrogen (0.30mg daily), to ameliorate peri-menopausal depression either alone, or in addition to treatment with SSRIs and SNRIs.

Aims: To investigate the use of daily bazedoxifene (20mg) + conjugated estrogen (0.30mg) compared with placebo in perimenopausal women with depression in regards to depressive symptomatology. The secondary aims remain exploratory and it is hypothesized that i) there will be differences between eye-tracking assessments taken at baseline and following the sixth/final visit of the trial between the Bazedoxifene and placebo groups. Further exploratory analyses will be conducted on eye-tracking assessments to explore potential predictors of treatment response.

Method/Design: This project will recruit and randomise 90 female participants with perimenopausal depression to either daily bazedoxifene (20mg) + conjugated estrogen (0.30mg) or placebo over the 12 week trial with fortnightly assessments. It is hypothesized that women receiving bazedoxifene plus conjugated estrogen, will have significantly greater improvement in depressive symptoms compared with women receiving placebo. It is also hypothesized that there will be group differences between the cognitive profiles of menopausal women who are experiencing depressive symptomatology as compared to menopausal women who are not experiencing significant depressive symptomatology.