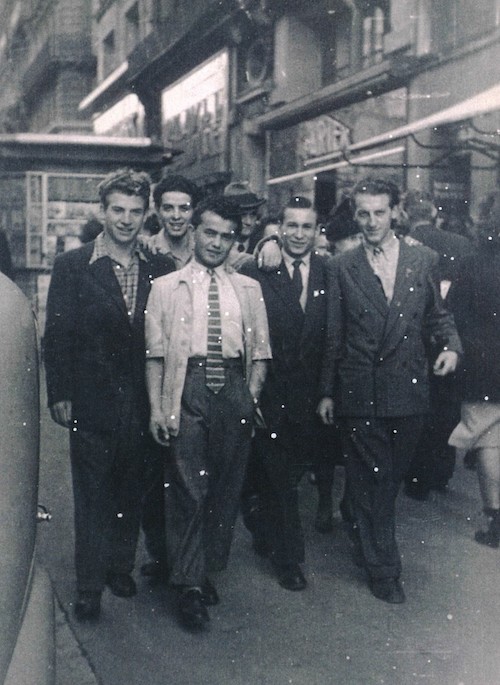 Friendships were formed on the way to Australia. A group of the Boys in Marseilles: Charlie S, Max Z, unknown, Jack A and Gabriel R.

The Buchenwald Boys’ new beginnings were forged together with friendships that they had made in the orphanages and sanitoria of France and Switzerland. Their friendships were further consolidated on their boat journeys to Australia.

The Boys’ migration options were limited to the few countries prepared to accept Jewish post-war refugees. The Boys knew little about Australia and most did not speak English. Their decision to come to Australia was influenced by their desire to be as far away as possible from the trauma of their youth. As Moniek R explained, while they were in Switzerland they had to report regularly to the authorities, and some of them felt scared to be in Europe. Salek R, who was in France, told how he wanted to go far from Europe, to a place that was not as cold as Poland. The Boys’ decision was also influenced by representatives of the Australian Jewish Welfare Society (AJWS) who visited the orphanages.

The Boys knew that they wanted to stay with their new friends who had become like brothers. For example, Moniek R, who was sent to Switzerland after liberation but then went to Paris to be with an aunt, could see no future for himself there. While in France, he met with Szaja C who told him about some of the Boys’ intentions to migrate to Australia. Szaja waited for Moniek to get his papers organised so that they could go to Australia together.

The Buchenwald Boys who received visas to Australia said goodbye to their friends who remained in Switzerland and France and to those who had chosen to migrate to Israel, Canada or the United States.

The international Jewish community was aware of the urgent need to find safe and secure homes for the 900 or so Buchenwald Children, or Buchenwald Kinder (Boys), as they had become known. 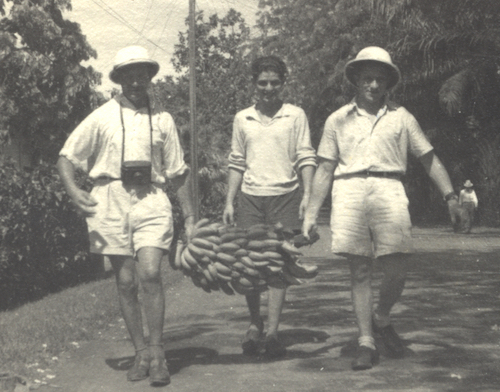 Max Z bought bananas when Eridan stopped in Tahiti on the way to Australia.

To facilitate Australian entry visas for Holocaust survivors, including the Buchenwald Boys, there were negotiations between the International Relief Organisation, the Australian Government through Arthur Calwell, the Minister for Immigration, and members of the Australian Jewish community, in particular, the Executive Council of Australian Jewry (ECAJ), which was formed in 1944 to represent the community.

At the same time, the ECAJ through the AJWS, together with the United Jewish Overseas Relief Fund (UJORF) worked closely with overseas Jewish relief organisations including the American Joint Distribution Committee (the Joint) and Hebrew Immigrant Aid Society (HIAS). The HIAS contributed to the travel costs and the AJWS confirmed that the community would provide accommodation for the Jewish arrivals. Their combined efforts, together with the generous support of many private sponsors and guarantors, enabled the AJWS to undertake that the Jewish immigrants, including the Buchenwald Boys, would be settled in Australia without imposing a financial burden on the Australian or state governments. 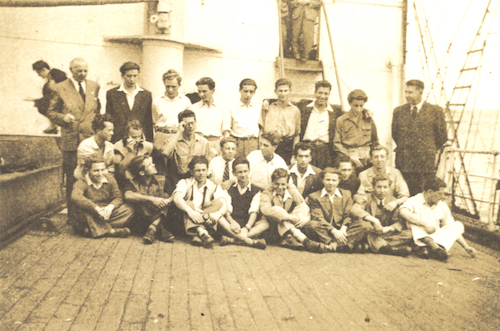 However, one large obstacle to Jewish immigration at this time was that the Australian Government, reflecting the underlying negative attitudes of many Australians towards Jewish immigration, introduced a 25 per cent quota on the number of Jews who could arrive in any one vessel. It was difficult for the shipping agencies to fill the remaining 75 per cent of places on the boats. Not only did this limit the number of Jewish immigrants who were permitted entry into Australia, but the concentration camp survivors often found themselves on board ships with their antisemitic oppressors from Baltic and other European countries, who were sailing the long journey to Australia where they intended to hide from the repercussions of their past actions.

Most of the Buchenwald Boys arrived in Australia in 1948 or 1949. They travelled third class on very old ships, including the Cyrenia, Napoli, Derna, and Eridan. These boats were in poor condition. For example, on the Derna in 1948, the refrigeration didn’t work because of a power failure, and all the spoiled food had to be thrown overboard, leaving the passengers with very little food. Salek R still remembers the terrible food that they were given on board the Derna. Despite the conditions, the Boys had a positive attitude, grateful to be starting a new phase of their lives. During their journeys, they enjoyed one another’s company, having fun and consolidating friendships. They sang songs to distract themselves from seasickness. Jack U and Max Z told how they taught themselves some English. Yossl B told how he and Alan G and others played cards on the boat. 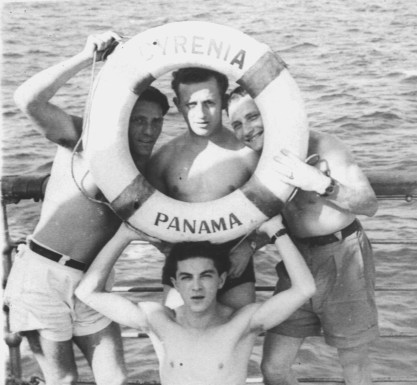 Melbourne Boys Szaja C, Jack C and Ben G sailed to Melbourne together aboard the Cyrenia.

Joe K recalled with laughter an experience that he had when the Derna had stopped in Colombo, Ceylon (now Sri Lanka). They had been given some pocket money and a group of the Boys decided that they would find a restaurant and treat themselves to some cooked food. When they asked for a hot meal, the waiter checked that they really did want a “hot” meal. The Boys were surprised when they were served the “hot” food, as the chili burned their mouths. It was not the “hot” that they had imagined! 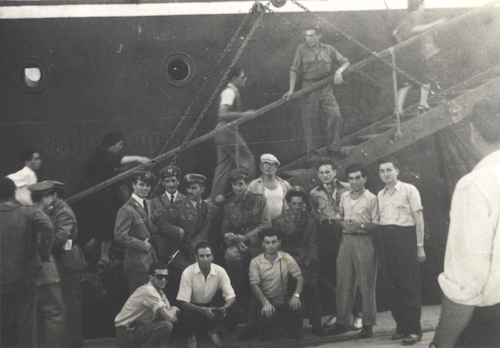 Yossl B and Ben E are photographed among the Boys on the Napoli. Mina Fink and others met them at Station Pier when they arrived.

They did not know what to expect of Australia. Some thought that they might see indigenous Australians when they arrived. Others thought there could be kangaroos jumping in the streets. However, what they did know was that they were young men embarking on a new beginning, bound by their mutual understanding of the suffering that each of them carried in their hearts. 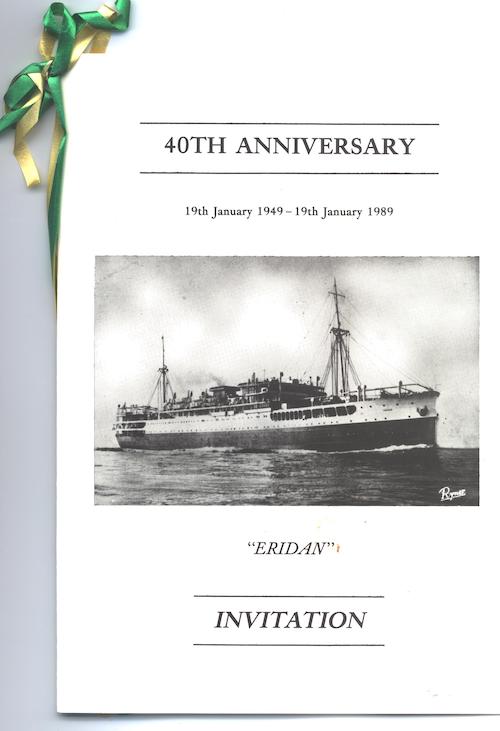 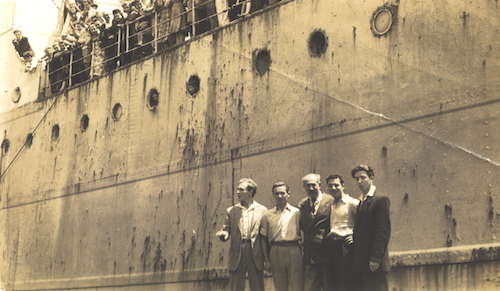