As the ghettos were liquidated, many of the Boys were squashed into cattle trains in appalling conditions, without food, water or sanitation, before reaching Auschwitz concentration camp.

We travelled in cattle wagons. We travelled like sardines. We were virtually sitting on top of each other. When we got to Birkenau, some people were already dead in the wagon. All we had was the bread we had been given before we were loaded onto the cattle wagons. Nobody could eat (as there was no food). There was such a stench in the wagon. We travelled more than 24 hours. One time we stopped for a couple of hours. I remember it was still warm. We couldn’t breathe. There was no water. You could only dream about water. The final stop was Birkenau.

In Birkenau, some of the youth were spared from death in the gas chambers because, being young, they were considered useful for their ability to work. They were shaved and put in camp inmate uniforms. They were further dehumanised by the "häftling" or inmate number tattooed on their arm. They were fed the minimum required to keep them alive as slave labour. It was during this terrible time that many of them experienced their final separation from their parents, the memory that was the hardest to bear.

Oscar H, born in Sighet, Romania, was separated from his parents upon arrival at Auschwitz Birkenau in May 1944 when he was 16. Oscar wrote about the heart-wrenching experience that stayed with him all his life,

The most horrible experience of my life happened when I was separated from my father on arrival at Birkenau. He was made to go in one direction, and I in the other. We were then instructed to undress – our hair was shaved, and we were sprayed with disinfectant.

After receiving our uniforms, we were again herded into some sort of hangar, and waited without any idea of what we were waiting for. All of a sudden, I heard my mother calling my name. Naturally, I looked in the direction of where the voice was coming from and saw a group of people approximately 100 metres away – but I could not see my mother. She repeatedly called out my name and finally I saw some waving of hands from my mother and two sisters, but I could not recognise them, as their hair had been completely shaved. 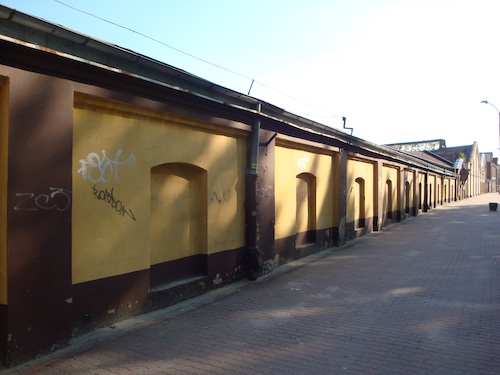 Gabriel R was taken from the Lodz Ghetto during its liquidation in August 1944 and transported to Auschwitz in an extremely overcrowded and closed cattle wagon. He remembered being separated from his mother upon their arrival at Auschwitz. Many years later Gabriel told his family that the thought of seeing his mother again kept him going during the worst of the times he suffered. However, sadly, after liberation in 1945, Gabriel found that his mother had not survived.

As part of the German plan to use slave labour to benefit the war industry, some of the Boys were transferred from various ghettos and camps to slave labour camps, such as the picric acid munitions factories of Skarzysko-Kamienna. Between 25,000 and 30,000 Jews were brought to Skarzysko-Kamienna. There they endured extremely unsanitary conditions and near starvation while they were forced to fulfil impossible work targets. One of the Melbourne Buchenwald Boys, Benny G, was among the 6,000 or so who survived Skarzysko-Kamienna. When interviewed, he described the terribly difficult conditions and how working with the picric acid stained his skin yellow. Joe S was also sent to Skarzysko-Kamienna as a young boy, not yet 12. Although he was sick with typhus, he considered himself lucky to still be able to work. If Joe could not have worked, he would have been shot.