Commemoration and celebration – "The Buchenwald Ball" 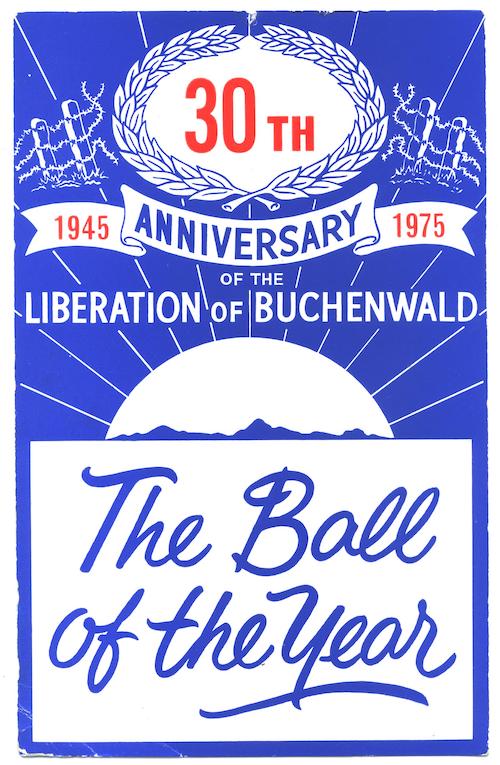 The Ball of the Year – Invitation to 30th Anniversary Buchenwald Ball

Every year, on 11 April, the Buchenwald Boys and their families gather around the monument, or at the chapel, in the Jewish Chevra Kaddisha Cemetery in Springvale, Victoria. They say Kaddish, the memorial prayer, for their families who were murdered in the Holocaust, and to remember the Boys and their wives who have passed away in Australia.

The solemn ceremony of commemoration is followed by the “Buchenwald Ball”. As the name of the occasion suggests, the Ball is an occasion of many emotions. For many of the Boys, 11 April, signifying a turning point in the death and darkness that surrounded them, feels like their rebirth. While always remembering their parents and their traumatic pasts, the Boys look ahead with hope, as they wish one another “happy birthday”.

When the Boys and their wives were younger, the Ball was a grand party in the evening, where they all rejoiced in their love of dancing and singing Yiddish songs. In more recent years, the Balls have become luncheons attended by about 200 people, including the children, grandchildren and great grandchildren of the Boys. These luncheons continue the tradition of dancing and singing the Yiddish songs that their fathers and grandfathers loved.

The 75th anniversary of liberation fell during the novel coronavirus pandemic. The community feared the spread of COVID-19 and the Victorian government had restricted the number of people permitted at gatherings. As a result, for the first time, the Boys and their families could not meet. The second generation created a YouTube video to ensure that 11 April 2020 still marked the commemoration and celebration of the liberation of the Buchenwald Boys. 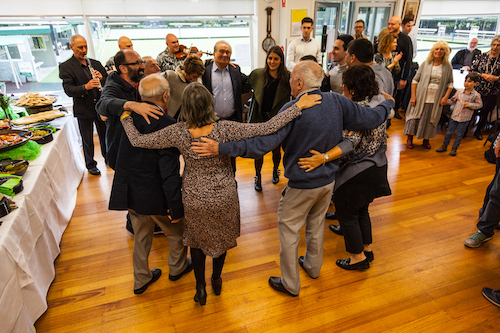 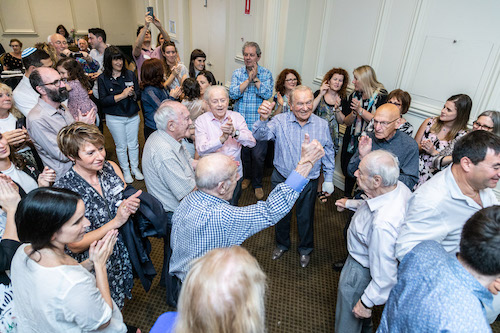 The Boys dancing together at the Buchenwald Ball 2019

For all the Boys, their success is the establishment of the continuity that was nearly denied them. Their children and grandchildren have shown a commitment to this continuity through the annual Buchenwald Ball, and through their involvement and, in some cases, leading roles in Jewish education, Holocaust scholarship, Jewish communal organisations and support for Israel.

The story of the Buchenwald Boys, while always the same, has been told in different ways, from different perspectives. It has been told and retold so that it continues to shape and influence the lives of their children and grandchildren. 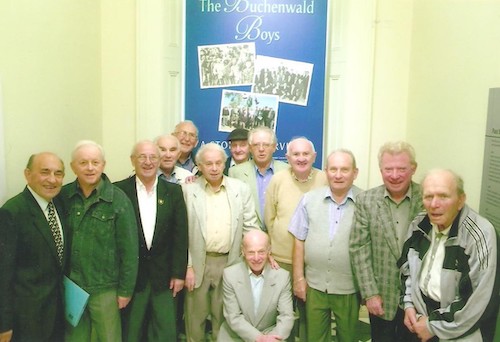 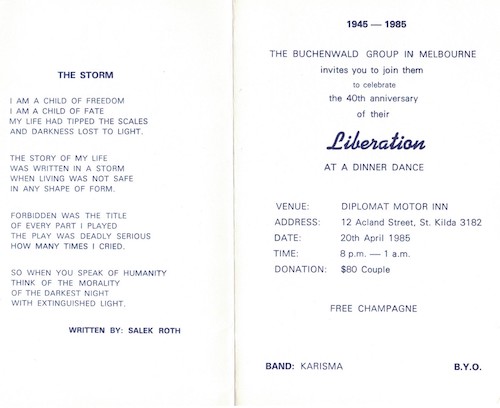 Salek R's poignant poem was written on invitations to many of the Buchenwald Balls.