Nicole Kalms is an Associate Professor in the Department of Design and founding director of the Monash University XYX Lab which leads national and international research in Gender and Place. In this role, Dr Kalms is leading two significant research projects Urban Exposure: Interactively Mapping the Systems of Sexual Violence in Cites and Women and Girls Only: Understanding the Spaces of Sexual Harassment in Public Transport. These projects are in partnership with state, national and international stakeholders.

Dr Kalms’ recent contributions include the monograph Hypersexual City: The Provocation of Soft-Core Urbanism (Routledge 2017) examining sexualized representation and precincts in neoliberal cities. Her forthcoming monograph She City: A Design Handbook for Challenging Women’s Inequity in Cities (Bloomsbury) will draw on interdisciplinary research and case studies from gender scholars, design practitioners, and feminist activists to update the significant research on gender and the city.

The innovation of Kalms’ research is the examination of digital, experiential, political and material interventions collated to articulate both the shared and conflicted struggles of women and girls internationally. Her praxis repositions design as a strategic tool for challenging gender inequity.

Dr Kalms regularly writes for a diverse non-academic audience, and is frequently invited to speak to the public about gender, sexuality and urban space at major national and international cultural institutions. Kalms has been interviewed on BBC World TV (2018) and France 24 TV (2019). Kalms was the keynote speaker at the Planning Institute of Australia Congress (2019) and the Autonomy Mobility Summit in Paris (2019). 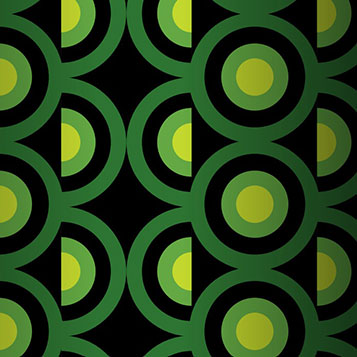 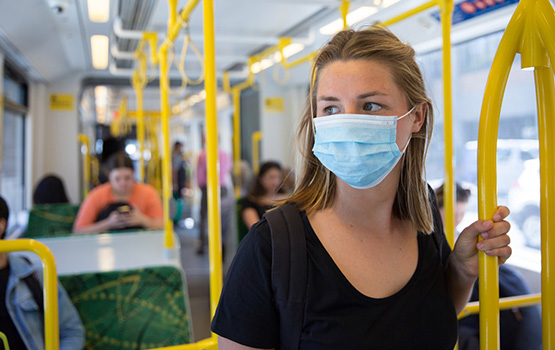 Uptake of public transport is unevenly distributed across society, with gender a strongly differentiating factor. The recently released TramLab Toolkits bring together pioneering research expertise in violence against women, gender, space and design, and technology-facilitated sexual violence and harassment to investigate the issues and factors impacting on safety and perceptions of safety for women and girls on Victorian public transport. 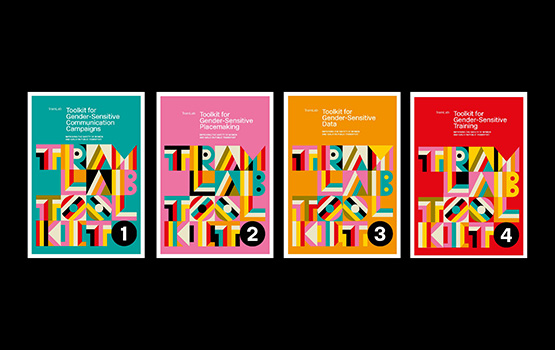 A major collaborative research project between Monash Art, Design and Architecture’s XYX Lab, La Trobe University and RMIT has today released a series of gender-sensitive Toolkits to improve the safety of women and girls on public transport. 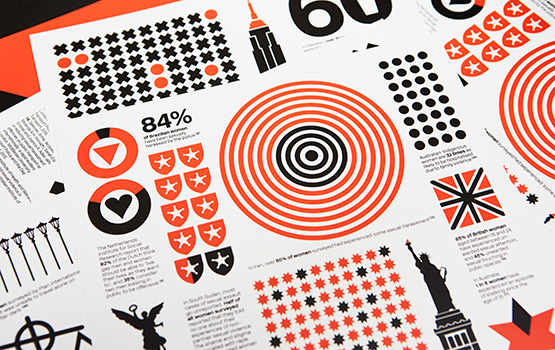 Gender and crime in cities

Urban designers, architects and planners have key roles in making safe and inclusive places, with urban safety guidelines and crime prevention tactics foundational to safe environments. The XYX Lab are looking for projects that reduce the risks of spatial inequality in communities.

The XYX Lab is seeking proposals that examine the confluence of factors that contribute to gendered experiences of the night-time economy – both in spatial design and visual communication design – and the role they play as a cultural and social practice that can contribute to challenging power relations within cities, and consequently to women’s feelings of safety within them.

Geolocative mapping has become a useful way to create and share content, and to shed light on hidden experiences in cities. While digital technologies are implicated in public surveillance, there are opportunities to use social media to shape the everyday practices of urban life. The capacity for geolocative to be deployed as a valid design research method has been underestimated. A strong PhD proposal will advance knowledge of the social inequity of women, gender-diverse and/or other marginalised groups using innovative methods.

The XYX Lab seeks PhD proposal across the broad theme of 'Women and Housing' with the aim to expand the understanding of spaces for women, by women and the significance of gender in designing for women. The PhD proposal will focus on the crisis of accommodation for women in Australia and the scale of domestic abuse faced by women, and well as broad issues of women's safety and security. Contentious Cities: Design and the Gendered Production of Space 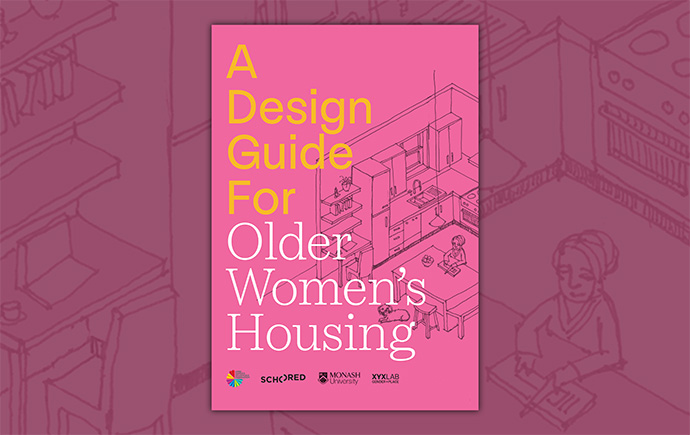 Drawing attention to the experiences of women, girls and LGBTQI+ communities by presenting data and intersectional narratives of gender. 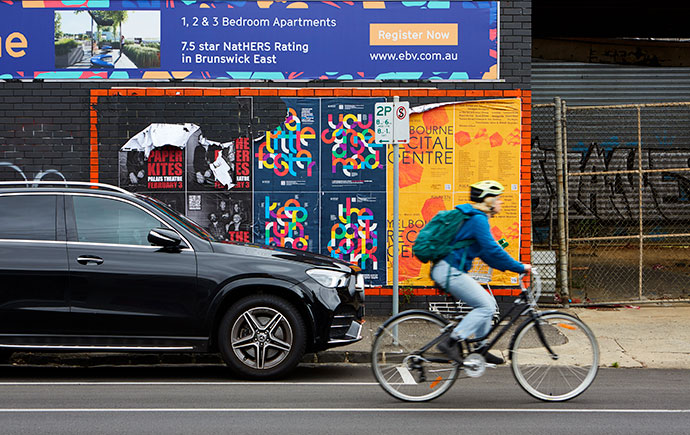 Keep Running is a call to action for communities to develop an understanding of safety and risk in our city and an opportunity for audiences to consider their own lived experience and/or to develop understanding and empathy. Deferring to more lights and brighter cities does not create safer spaces for women and girls. Lighting design is vital for gender-sensitive cities. 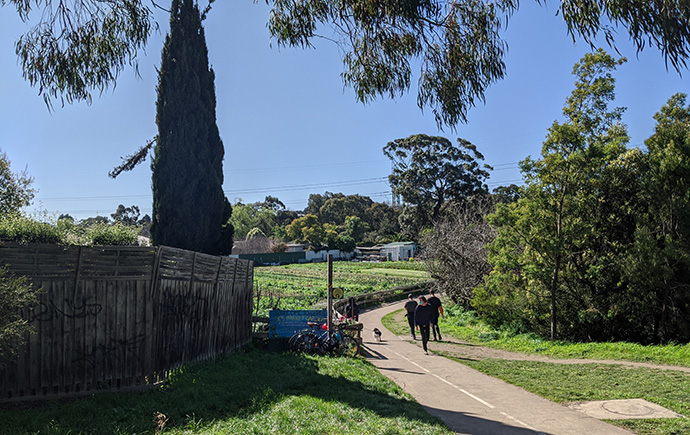 Women’s Safety Audits: A transformative approach to safety in the city. 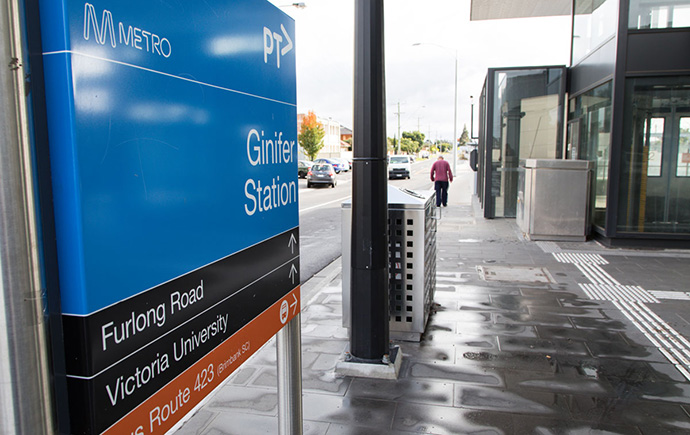 Another approach for improving safety for women and girls. A collaborative work proposed for the 2021 NGV commission competition. Uncovering how the safety of women and girls is challenged in public transport spaces. 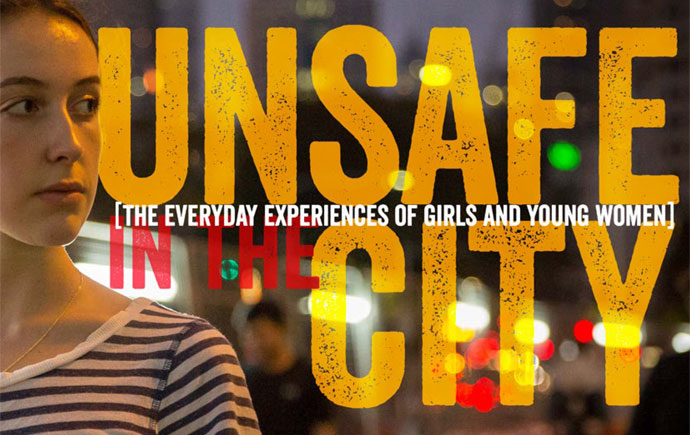 Highlighting alarming levels of harassment and abuse of girls and young women in cities. Creating a city for women living and working in Sydney. Improving the safety of women and girls on public transport. 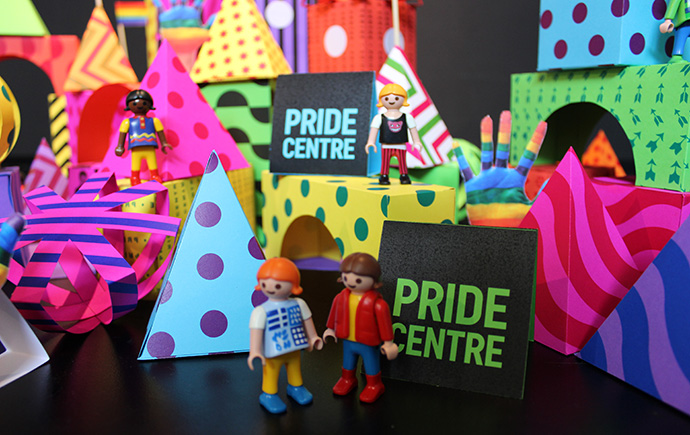 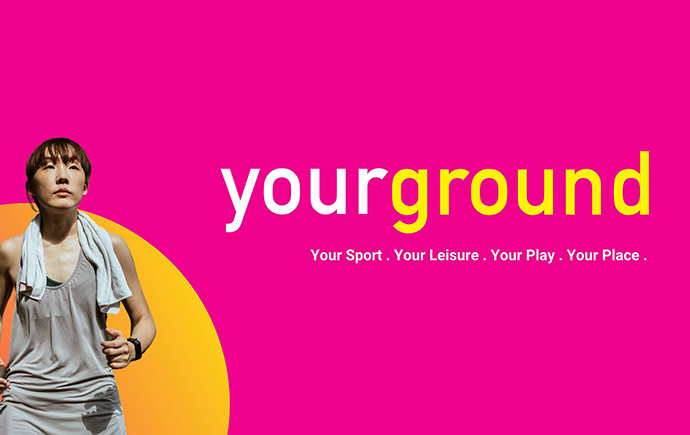 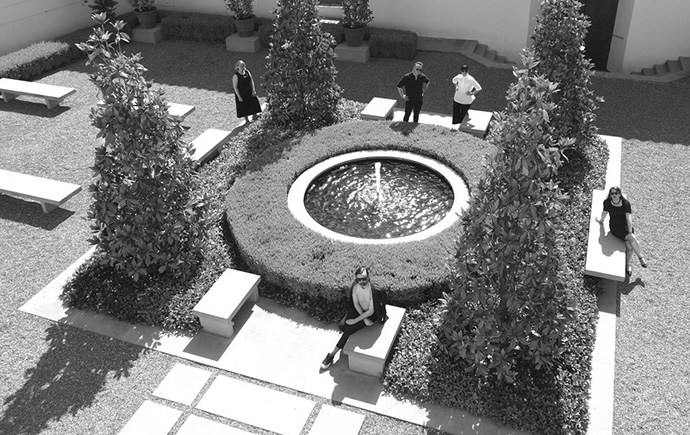 Built Upon By Design Symposium 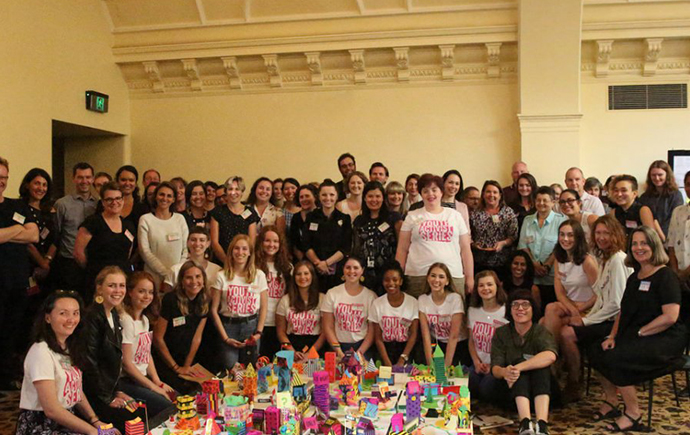 Free to Be / Design Thinking 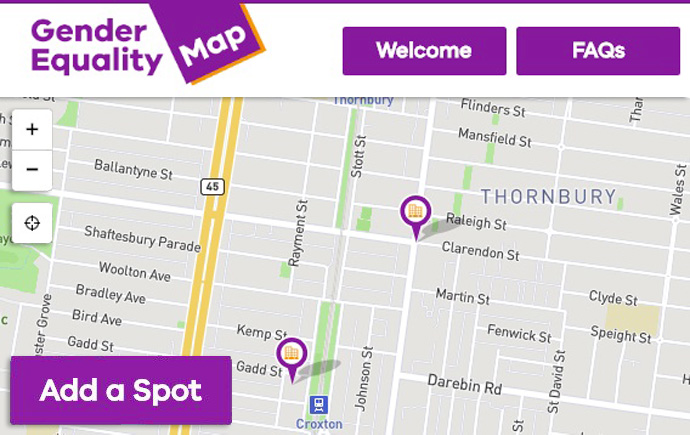 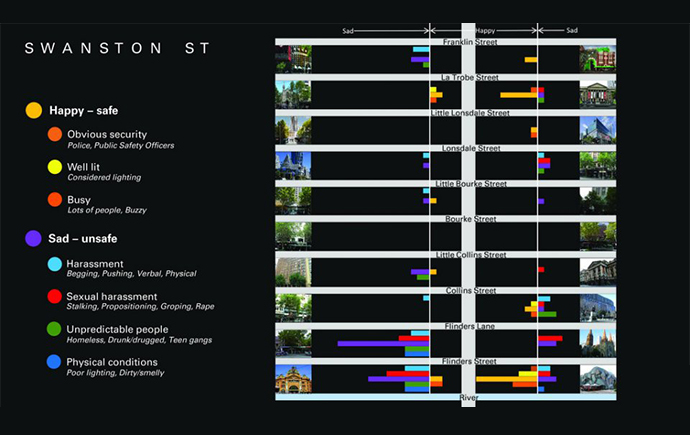 Girl Walk: Identity, Crowd-mapping and Safety in the City for Women and Girls 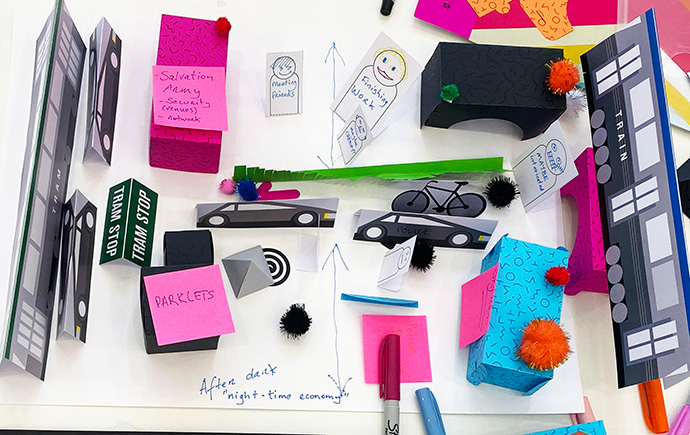 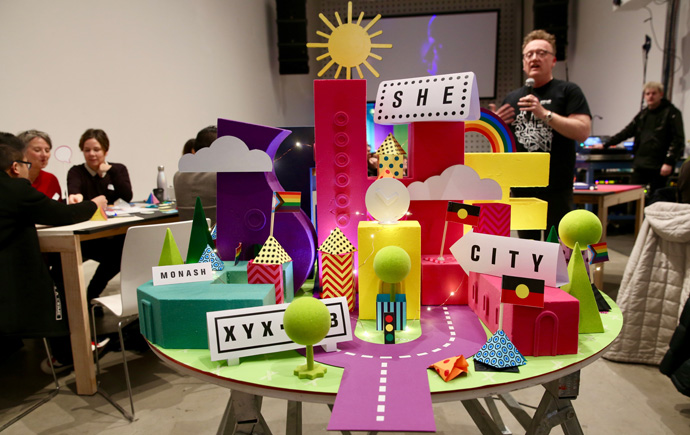 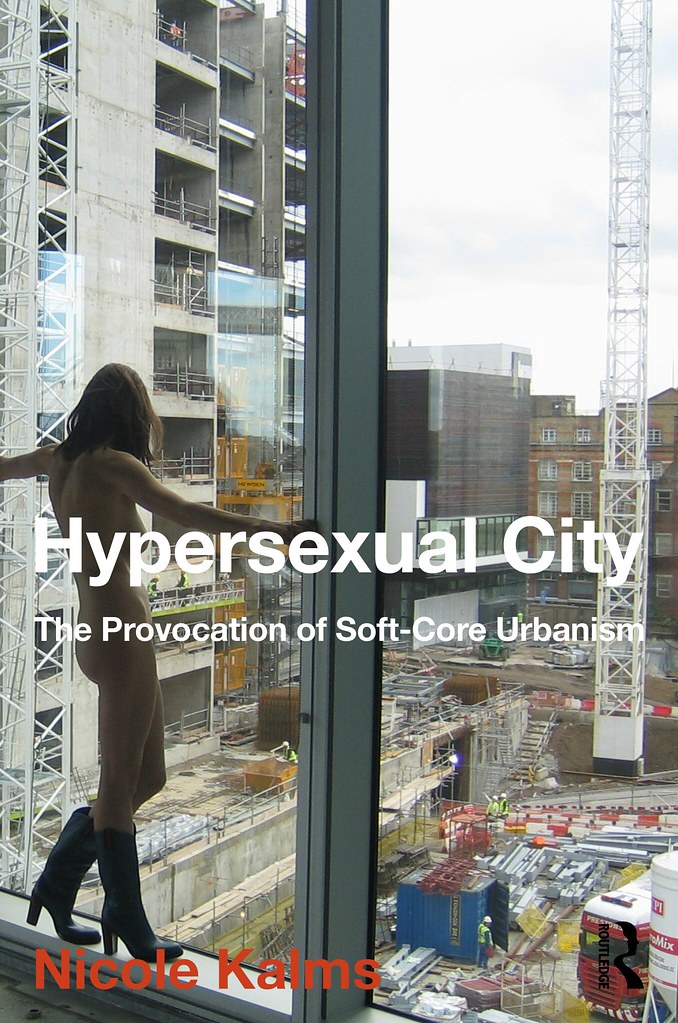 This book uses architectural case studies and analysis to make visible the sexual politics of architecture and urbanism and, in doing so, reveal the ways that heterosexist culture shapes the spaces, behaviour and relationships formed in neoliberal cities. Hypersexual City announces how examining urbanism that operates through, and is framed by, sexual culture can demonstrate that architecture does not merely itself adrift in the hypersexualized landscape of contemporary cities, but is actively producing and contributing to the sexual regulation of urban life.