Forget your fixie, we’re more likely to ride bikes if we can carry more on them Under COVID-19 lockdowns, bike sales have been booming. Quiet streets and more time at home have opened a new opportunity for bicycles in our otherwise car-dominated culture.

Every day in Victoria, more than 2.2 million trips under two kilometres are driven in cars. And in the 2016 census, more than half of households with fewer than five people owned more than one car.

It’s no wonder the transport sector is Australia’s second-largest polluter, making up almost a fifth of our greenhouse gas emissions.

Cutting our emissions could be as simple as walking or riding to the shops occasionally. But the Australian bicycle fleet is largely influenced by sport, not utility, which makes short, easy trips unnecessarily difficult.

Unlike car trips, bicycle trips provide a measurable benefit to individuals and society through health, reduced emissions and less noise pollution. While many Australian adults can ride bikes, however, few do so on a regular basis. The overwhelming majority of these trips are recreational.

In our recent analysis, my colleagues and I looked at the bikes people ride for transport, and we found more than half of them aren’t well equipped for this purpose.

Few people actively engage in competitive “cycling”, yet this sporty image trickles down in bike design — from elite machines to cheaper simulations of them. These are the bicycles most people ride. Most Australian cyclists use sports-like bikes. This is not practical. Photo: Shutterstock

But sports bikes are too valuable, have no carrying capacity and are delicate. Urban trips to the shops are short — as suggested by the millions of daily sub-2km car journeys — so a cheap, but useful, bike would be a good vehicle for this purpose.

The good news is a lot of sport bikes can be adapted for utility, for example, by adding a kickstand and a luggage rack or basket.

Given our willingness to pay annual registration costs for all those cars, I surmise there’s room in the market for utility bikes around the same price as a year’s rego.

Utility bikes are an obvious solution

Australians are utility bicycling laggards. We own plenty of bikes, but on average only 1% of trips are cycled — it’s higher in cities, lower outside them.

We can’t simply wish for more bicycle mobility with inadequate vehicles and infrastructure. Some changes are necessary.

First, bikes need to be useful. Any bike, by definition, can provide transport for a person. Utility bikes add to this with lock, lights, and luggage and passenger capacity, just like a car. At their simplest, a utility bike can carry a carton of milk home from the shops.

At the other end of the scale, a cargo bike can carry larger loads and multiple passengers. 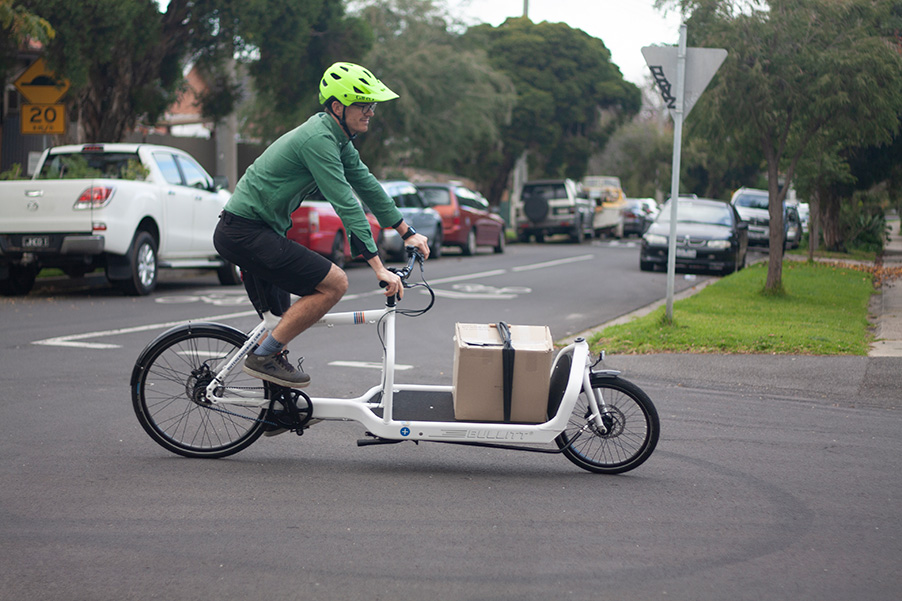 Both cargo and utility bikes can replace many motor vehicle trips. Those willing to pay more can have their bike as an electric assist ebike, increasing load capacity, range and effectively flattening hills.

Utility and cargo bikes are on the market in Australia. They’re also available to borrow in some cities through bikeshare schemes, which provide bikes with lights and luggage capacity designed to trade off some speed for more comfort and usefulness.

This is indicative of shift in Australia away from the prevailing sports and leisure cycling culture.

So, useful bikes are readily available, they can be trialled as bikeshare, and Australians are in the midst of a mini bike-boom. But how can we replace car trips with bike trips?

We need infrastructure to suit the vehicles

Like any vehicle, a utility bike relies on suitable infrastructure. Yet our road design manuals do not provide adequate detail on how much space a bicycle and rider needs.

While Europe is forging ahead with utility and cargo bike use, we don’t even have the infrastructure yet in Australia to support riding them.

I rode a huge box trike through the centre of Copenhagen last year. It was a remarkable journey because it was completely normal, easy even, to ride this large bike on dedicated, smooth, wide paths built just for bikes. 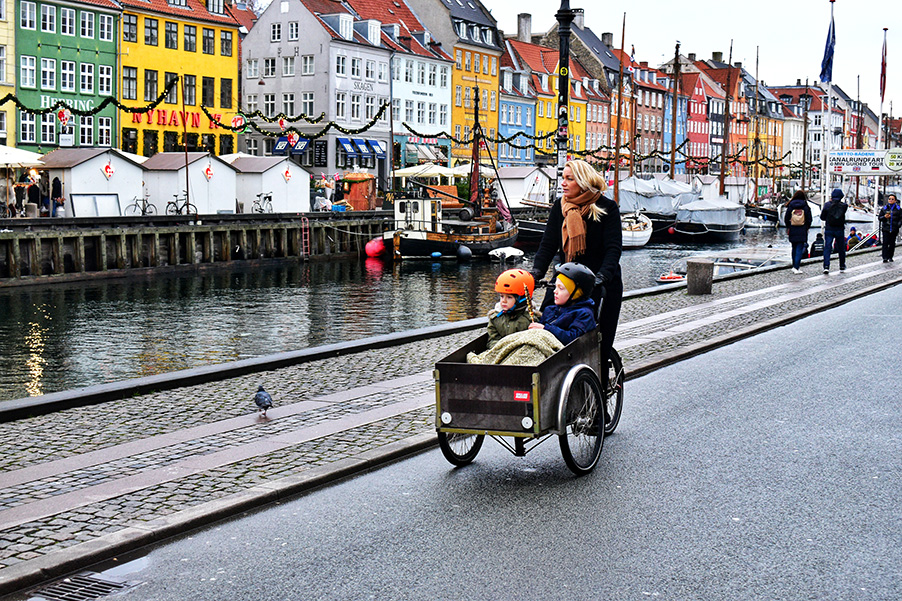 In places like Copenhagen, it’s safe to cycle on the road with your kids. Photo: Shutterstock

But in Australia, when I ride my cargo bike with two kids on board, I’m too scared to ride on the road when there’s no bike infrastructure. This puts a 150kg vehicle on the footpath. It’s legal, but it’s not good, and I ride slowly to avoid crashes.

In the same way suburban streets are designed to accommodate garbage trucks, we need to design bike infrastructure that fits cargo bikes (and useful bike parking wouldn’t hurt, either).

In Australia, we’re at the beginning. During COVID, our bike-delivery businesses such as Easi and Deliveroo have flourished. We need the bikes, habits and infrastructure to take the step from white vans to cargo bikes in urban areas.

Utility bikes are comfortable, low effort and useful because they can carry something. We don’t all need to be “cyclists”, but to just get our stuff done on a bike. If that’s part of the new normal in Australia, we have something larger to gain.