Queer representation in the media is vital for promoting a respectful and knowledgable society. While mainstream video game media has made steps in recent years towards the integration of queer experiences, attempts largely fall short. Dr Xavier Ho discusses the value of queer independent games, which challenge and innovate player experiences in ways that most mainstream gaming industry would dare not.

Dr Xavier Ho is a creative technologist and visualisation designer at XYX Lab. He is particularly interested in queer studies, in the fields of game studies and design research methodologies.

Xavier’s research project Visualising Queer Indie Games, focuses on the different representations of LGBTQ+ characters, narratives and experiences within video games, as well as the experiences of the players themselves.

“Media representation is often people's first impression or foray into understanding that there are different kinds of sexualities and gender expressions out there,” said Xavier.

“So unless you know someone, you would have to rely on games and film’s depictions of these characters, and narratives.”

For Xavier the choice to focus on Independent Games over mainstream games stemmed from the willingness of independent game developers to share unique and underrepresented stories.

“We really wanted to look at these very unique, fringe almost, independent games, where they're typically made by one person or a small team of people with minimal budget.”

“They aren’t constrained by the need to make money like most AAA titles. So they're more open to tell the stories that they themselves want to tell,” said Xavier.

“Often in those reviews, and ‘let's play’ commentaries, you will get bits of insights about what kind of LGBTQ narratives and experiences that they themselves went through. You’ll get a mixture of their own interpretation, as well as what happened in the game, “ he explained.

“We can use these observations as a way to understand how LGBTQ people and narratives are portrayed in the games.”

Harassment and toxicity in the gaming industry

The wider gaming industry and community has been marred by a reputation for toxicity and bigotry. As seen with the Gamergate online harassment campaign in 2014-2015, which many point to as a starting point for the alt-right movement online.

Indeed, a study found that  53% of online multiplayer gamers who experience harassment believed  they were targeted because of their ethnicity, religion, gender or sexual orientation. LGBTQ gamers were 21% more likely to be harassed online by the  gaming community than other players. The overall toxicity and harassment has led to an online community that is seen as particularly unwelcoming to minority groups.

Xavier stressed the importance of acknowledging the toxicity that existed within gaming spaces, while also recognising that the gaming industry was an influential medium that had to be examined in order to spark change.

“The gaming community, as we know, can be quite toxic, especially in MOBA games, it's the worst of the worst,” he reflected.

“But despite that, games are still a very popular and prominent medium that people turn on to play and enjoy.”

“I am also recognising games that are very chill, that are very positive, that are made for people who have lived those experiences to tell their own stories.”

Queer storylines in the indie games Xavier examined included lesbian love stories in 80s Hong Kong, forming a rock band with strangers in the American country side and making a curry together with friends on a cold winter night.

“Hopefully what queer creators are doing is they're imagining how game design can be used as a medium to tell stories that people weren't doing before,” he said.

“They’re demonstrating exactly how this can be done in many different ways.”

Xavier’s research was inspired by the work of Adrienne Shaw, an American games studies scholar and Associate Professor at Temple University, who is well known for her research on LGBTQ representation in video games.

Xavier’s project aims to address the gap that indie games have created in the gaming industry, and previous research into queer games.

The emergence of free game engines like Unity and Unreal, and visual novel tools like Twine and Ren.py lead to a huge increase in independent games, as game development became more accessible.

“The LGBTQ video game archive, sort of bumped into this interesting problem where they were only looking at examples from big game titles, but then there's this massive gap of new games that are coming out that they don't have time or the resources to look into,” said Xavier.

The rise in popularity of indie games has resulted in an improvement in queer representation when compared to games from the 90s and 80s, explained Xavier.

“Comparatively, it's much, much, much more different in both the positivity, the maturity, the authenticity of the characters that are out there.”

“It's not perfect, but it's getting better.”

You can’t tell the story without the right context

While mainstream big budget titles are beginning to introduce LGBTQ experiences into their games, oftentimes these plotlines were sidelined or hidden with additional DLC packs.

This could be seen in popular titles such as Dragon Age,Mass Effect, and The Last of Us.

“What we were noticing with these triple A games was that maybe the developers wanted to play it safe, for whatever reason,” said Xavier.

“These characters were not necessarily placed front and centre. Anyone can play through these games, but if you weren't looking for it, you probably would just miss it.”

“So in a way the message is lost in these titles.”

On the other hand Xavier found that independent games that were made for and by queer folks, openly placed queer narratives and characters in the fore front of their marketing campaigns.

“You see that  the players that are playing those games know what they're getting into, whether they're curious, or they just want to experience a different kind of story,” he said.

“People aren't going to miss it.”

Xavier reinforced that queer plotlines could not be hidden or treated as an optional extra in the majority of queer indie games, unlike their tripple AAA counterparts.

“If you were to take all these queer characters and narratives and elements out of the game, the game would just cease to exist, because the game is about these very personal struggles and experiences.”

“You can't tell the story without that context and that is so important.”

Xavier Ho’s research can be viewed as part of the Queer Indie Games Data Exhibition during Monash Pride Week, 16-20 May. He is also giving a public research talk on this topic at S10 Lecture Theatre, Monash Clayton Campus from noon-1pm on 18 May as part of the Pride Week events.

The Data Exhibition was previously run as a part of Melbourne Design Week. The research project was led  by Xavier Ho with Remedios Perez Escobar and Natalie Tran as research assistants. 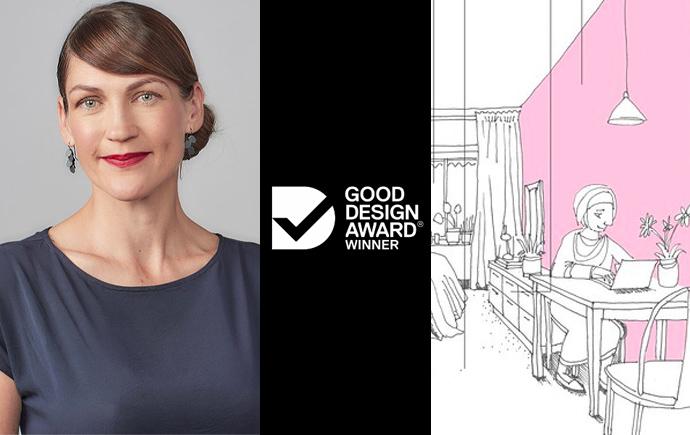