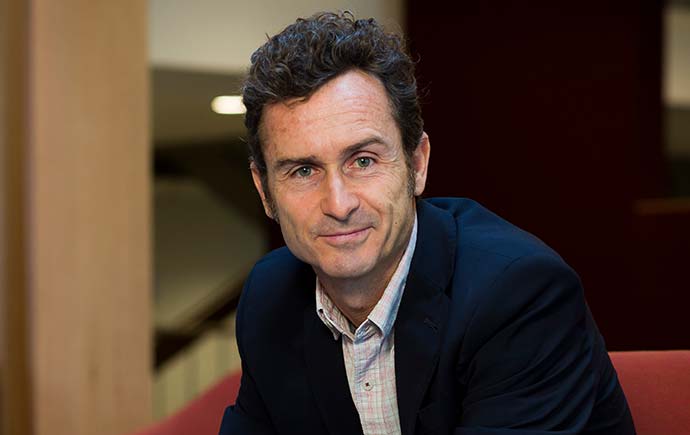 Monash Master of Urban Planning and Design (MUPD) graduate Stella Sinaga has received a special commendation at the Planning Institute of Australia (PIA) National Awards, and an award for Tertiary Student Project Planning Excellence at the PIA VIC awards.

Stella’s project 'Melbourne 2050: Scenario Planning for A City of 20-minute Neighbourhoods', focused on the principle of a 20-minute neighbourhood, a new approach to urban growth management that enables residents to achieve their daily needs through active transportation, such as walking, cycling and the use of public transport.

The PIA judges were impressed with this high-quality tertiary student project, which focused on better understanding and further exploring the emerging 20-minute neighbourhood within a growth area context.

The project was initially completed as part of Stella’s urban planning and design studies. She was encouraged to submit her work to PIA by her supervisor, Associate Professor Liton Kamruzzaman.

“When I was in class, we identified a gap in the implementation of this principle. 20-minute neighbourhoods are already applied in some suburban areas, but there is no framework to use this principle at the metropolitan level,” Stella explained.

“20-minute neighbourhoods shouldn’t just apply in some suburban areas. All suburban areas in greater Melbourne should have the chance to be more walkable, to be more progressive in active transportation,” she said.

Stella expressed her gratitude towards the Monash Art Architecture and Design (MADA) and Monash Urban Planning and Design staff that assisted her during the development of her project.

“I think one of the key factors that helped me a lot during the completion of this project was that during our class we got insight from academics, experts in industries, and in government,” she reflected.

“It really enriched my perspective and made me more confident to go into the real world and tell other urban areas that there is a way to increase walkability.”

Her work is a fantastic example of the mission we strive to deliver in the Master of Urban Planning and Design: to train progressive urban planners with the technical capabilities and creative capacity to plan for diverse cities and regions.”

A unique feature of Stella’s project was her focus on the communication aspect of her research. She developed three online platforms, including: A website that shared the story of the project, an online mapping platform and a dashboard that displayed the indicators for the 20-minute neighbourhood project.

“Why did we build these platforms? Because we want to communicate the reasons behind our decisions, and we want to help the State Government communicate why 20-minute neighbourhoods are important,” Stella explained.

“I wanted to open 'the why' and the rationale behind my decisions.”

Additionally, Stella explained that local governments could utilise the study’s findings as a reference for developing their own indicators and future policies.

There were three major takeaways that Stella concluded from her research into 20-minute neighbourhoods.

Secondly, the implementation of higher dwelling density and an increase of compacted public facilities and amenities in strategic areas would likely increase people’s willingness to walk.

For Stella receiving a special commendation and an award for planning excellence for her student project served as a boost of confidence.

“It makes me more confident about the kind of frameworks and methods that I learnt during my studies.”

“Previously, I just thought that this was my class project… But after I got this award, I thought, 'Oh, I can apply this to different territories’, maybe in the future I can apply the same methods, and maybe I can improve it.”

After completing her studies at Monash University as an International Student, Stella plans on applying the knowledge she gained during her time with the MUPD to her work with provincial governments in Indonesia.

She plans on contributing to the development of her home, the East Kalimantan Province.

“That's why I decided to undertake the Master in Urban planning and Design, because I want to see the interaction between different neighbourhoods, and to achieve long term goals.”

“There is a way to try to save urban areas from automobile dependency, to transition to transportation modes that are more sustainable.”