A Monash Art, Design and Architecture (MADA) student and alumna team have won first place in the Secret Garden Melbourne Ideas competition at the Melbourne International Flower and Garden Show.

Francesca Sanguinetti and Jeanette Stoffgreen’s concept Riparian was chosen as the winner from over 150 creative entries.

The winning duo both completed their undergraduate and postgraduate degrees in Architecture at Monash University.

The Secret Garden Competition is overseen by the Committee for Melbourne, renowned landscape architect Jack Merlo and the Melbourne International Flower and Garden Show.

The competition challenged entrants to ‘green’ industrial spaces along the north side of the Yarra River - Birrarung Marr. Entrants were encouraged to create designs that attracted people back into the CBD and addressed the Indigenous significance of the area.

In order to respond to the design brief, the duo researched the history of the Birrarung Marr site, exploring the geology, ecology and Indigenous history of the riverbank.

“We did a lot of work, exploring how nature had shaped Melbourne. One of the things that came up was that there actually used to be some stepping stones that went across the river, where Queen's Bridge is now,” said Francesca.

“We were kind of thinking how could we tie this idea of the secret garden into a place that is already there.”

Blending past and present

Jeanette and Francesca’s concept referenced the natural landscape prior to British colonisation, blending the past with the present.

Riparian seeked to blur the boundaries between the public and the Yarra river, explained Jeanette.

“We were thinking about how we could expand that zone, to increase the area that was usable by the public and blur it so that there was more integration between the riverbank and the actual river.”

“Using that idea of the stepping stones really informed our design.”

The top three finalists received a $5,000 budget to build and display a section of their concept at the 2022 Melbourne International Flower and Garden Show, where their work was judged by a panel which included Jack Merlo and Lord Mayor Sally Capp.

The duo’s design was chosen as a result of its innovative design and sustainable features as well as its ability to connect with the community, explained Jack Merlo.

“Congratulations to Francesca and Jeanette on their considered Riparian concept that showcased significant attention to the history of the site and was very well presented and executed,” said Merlo.

Bringing the concept to life

For the second phase of the competition Francesca and Jeanette were given 6 weeks to turn their concept into a reality.

“It was just really incredible. We were really plunged into this situation that neither of us have ever been in before”, reflected Francesca.

They utilised the assistance of contractors and family members to build the garden space at the Melbourne International Flower and Garden Show , fine tuning their designs into tangible creations.

“We were organising help from our friends and family who just went above and beyond to be there for us, and really to actually make it happen,” said Francessca.

While the competition was an intense and challenging experience, it was ultimately an important  learning opportunity the duo agreed.

Francessca and Jeanette reflected that their studies at Monash Art, Design and Architecture  had prepared them to take on the challenge of designing and building their concept.

“We just did such interesting, thoughtful subjects at uni, fantastic studios with great tutors. I think at some point, it's so valuable to be able to see what you can do without that safety net,” said Francesca.

“There was a real sense of wanting to test myself and wanting to see what I'm capable of.”

As the winning design, Riparian will be turned into a reality, as a pop-up installation along the Yarra River. The winning duo will work in collaboration with Jack Merlo to install the design later in the year.

For Jeanette the future installation is an exciting opportunity to reach the full potential of the Riparian concept.

“Although we were happy with what we did for the show. It was really only a section of the design, so to build something in its whole form, is going to be really great,” she said.

“It'll be so nice to work with a team of professionals to see how they bring a project like this together … and to learn from that as well.” 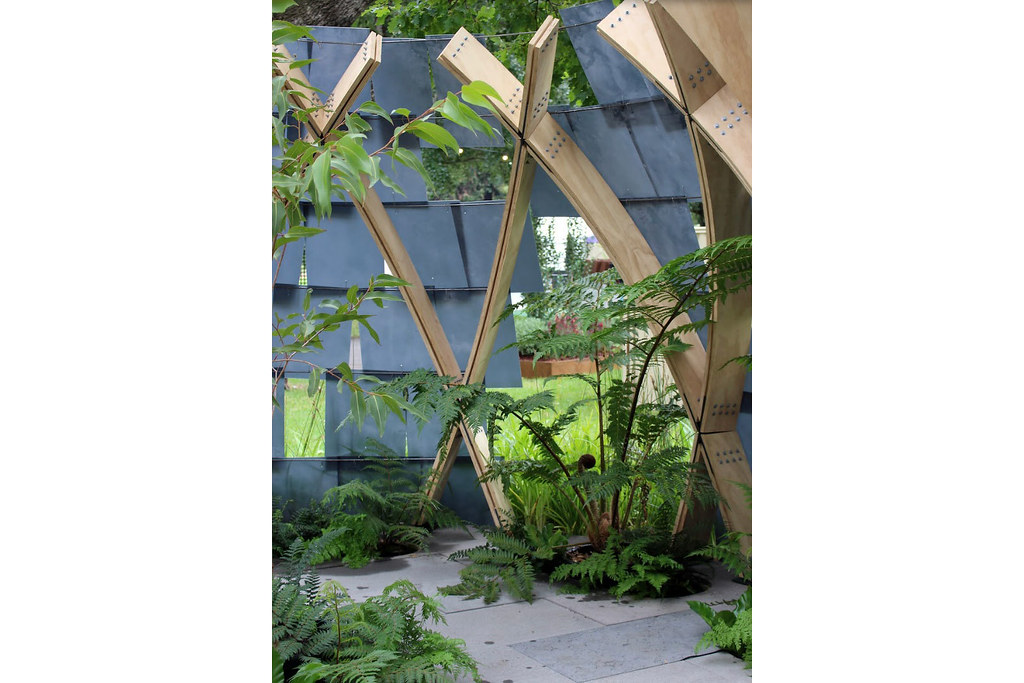 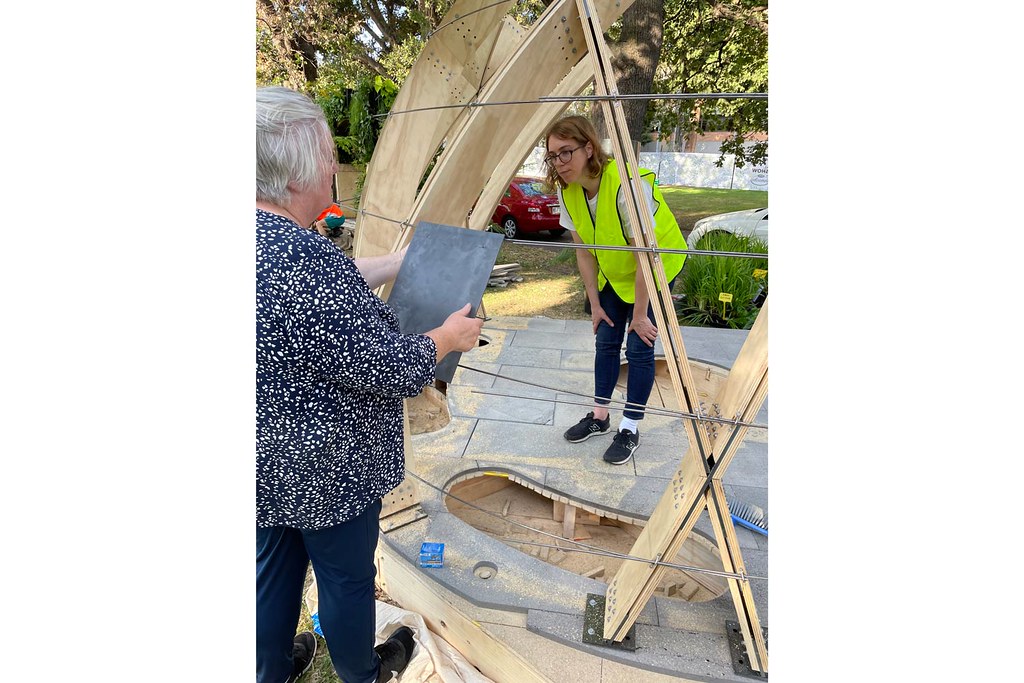 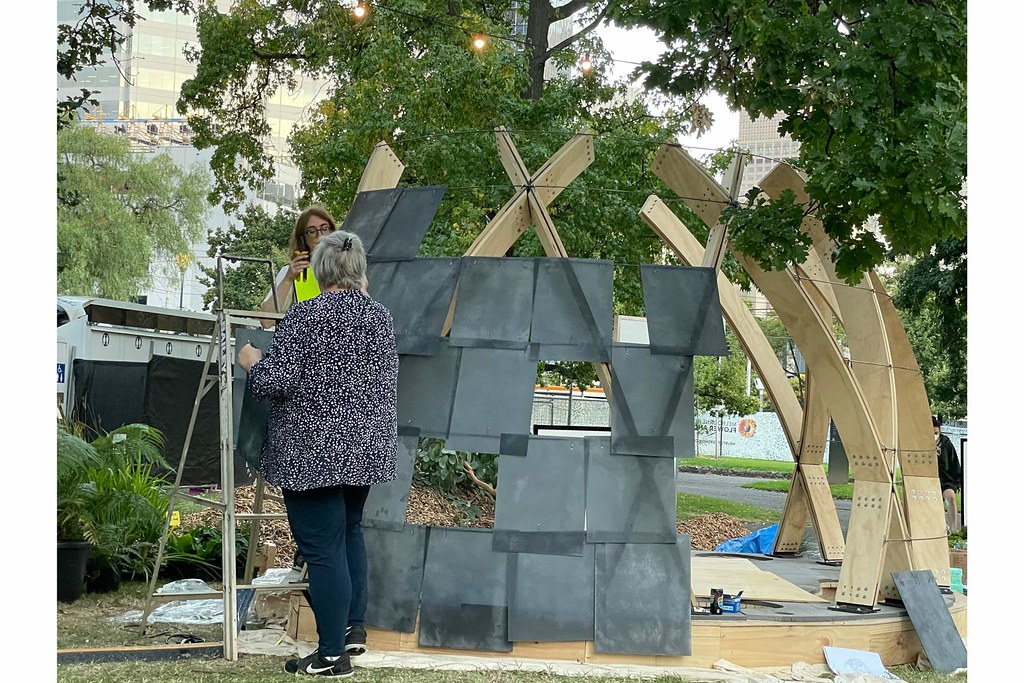 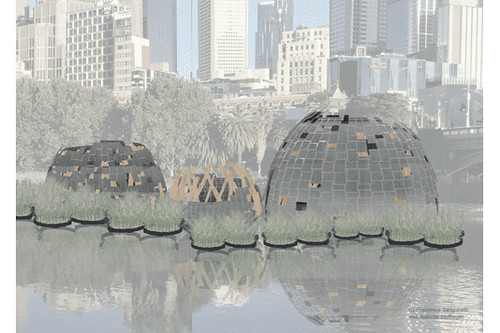