An Open Space is conceived in formal and conceptual dialogue with Australia Square’s highly experimental mid-20th century modernist art and architecture. Taking as a point of departure Le Grand Cirque Calder, a toy circus theatre constructed by Alexander Calder between 1926 and 1931, Curtin Place is envisioned as an arena of play in which multiple scenarios for the site have been tested. In the spirit of Calder’s circus, the artworks invite viewers to play, inhabit, interact and engage with a newly revitalised civic space.

Colour theory underpins each of the four elements of the installation, engaging with aesthetic lineages of Modernity and migration woven into the history of Australia Square. The colours of the artwork reference Goethe’s Theory of Colours, as drawn by Seidler in Joseph Albers’ foundational Colour Class at the Black Mountain College, Anni Albers’ hand dyed textiles, Alma Seidhoff-Buscher’s wooden Bauhaus toys and Johannes Itten’s Colour Wheels developed for the Bauhaus Preliminary Course. The purple and green colours of the womens movement are proudly displayed in the largest element of the work, introducing Feminist colour theory to this world famous site. An Open Space expands preconceived conceptions of modernity to include the contributions of women and children, imagining the city as an optimistic space rendered at human scale. 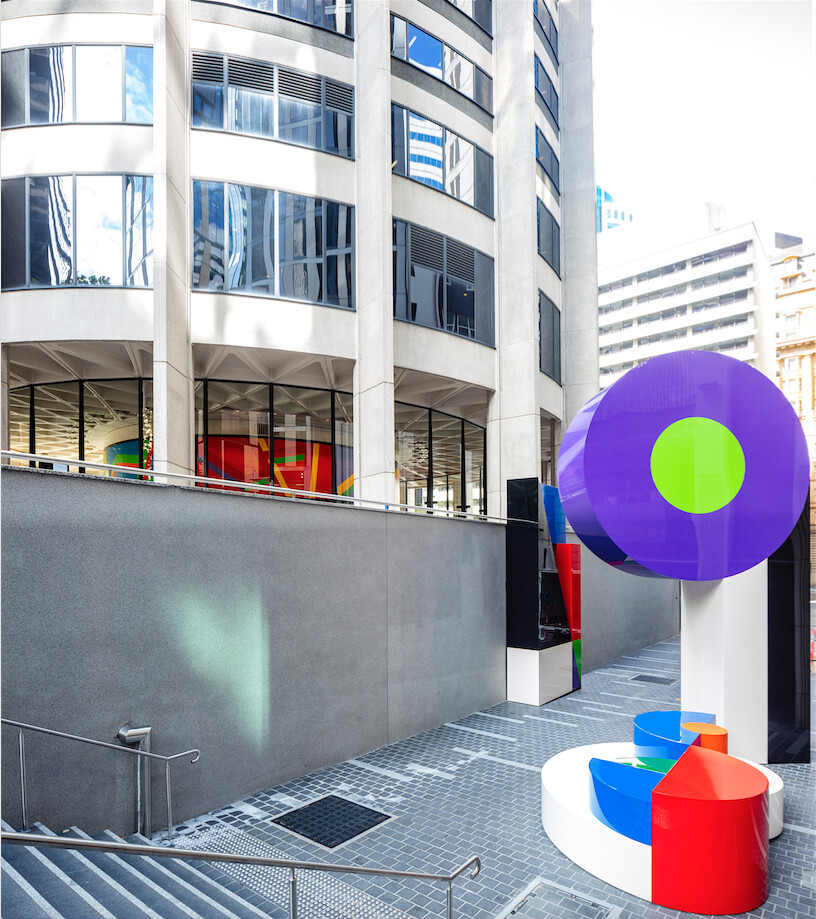 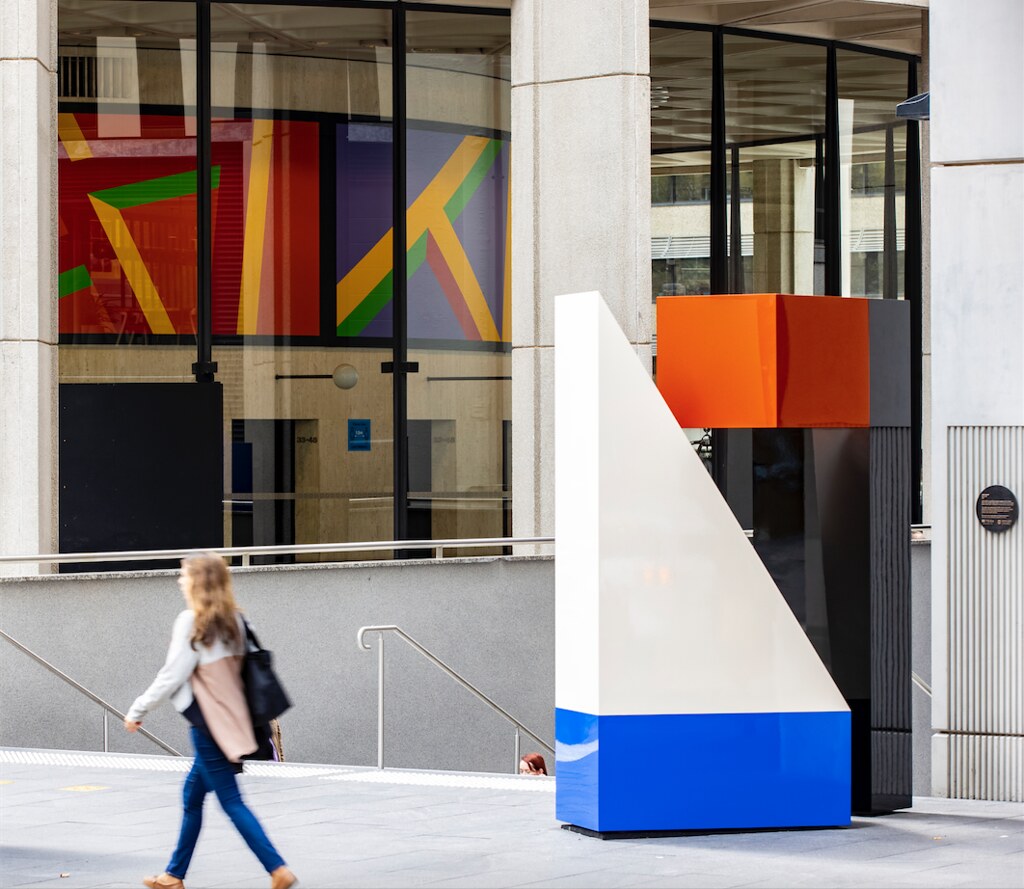 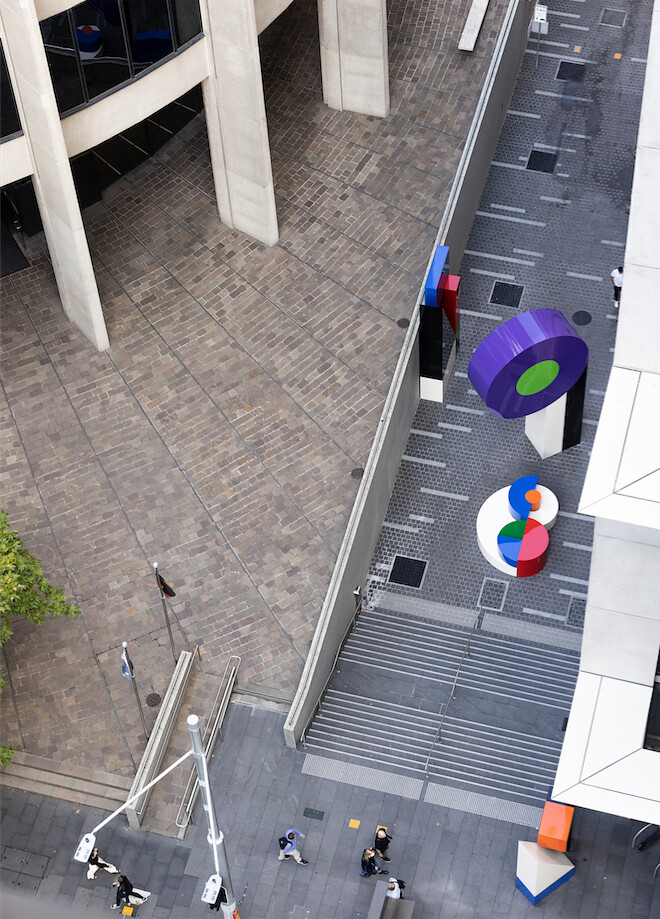