Jamal Elsheikh knew he was on the right track once the emails started rolling in.

The co-founder of the social enterprise One Love Australia had just launched a pilot program with Cricket Australia and the Australian Cricketers’ Association to address systemic and structural racism through sport – the Reflect Forward initiative.

Elsheikh had expected a mixed response to Reflect Forward, which leverages the power of Australia’s sports stars as role models and advocates to initiate conversations about racism.

Australia is at the initial phase of its anti-racism journey. We tend to avoid the conversation altogether.

Talking about racial discrimination can be difficult and some people believe sport should be kept separate from social and political issues. The debate about whether players should ‘take a knee’ before games as a symbolic gesture to highlight racial injustice, for example, illustrates this.

“There was a lot of push back,” he says. “But that’s when you know that you’re actually getting somewhere.”

Australia is at the initial phase of its anti-racism journey, says Elsheikh, who was born in Sudan. “We tend to avoid the conversation altogether. But if we can’t talk about it, how can we really be better at it? So, what we’re trying to do is start the conversation.

“These are conversations that challenge us to some extent, but in a way that improves our performance as leaders and influencers, and as a society.”

The Reflect Forward initiative evolved from an idea Elsheikh developed with a team taking part in the Monash Sustainable Development Institute’s (MSDI) extracurricular entrepreneurial program, Leave No One Behind. 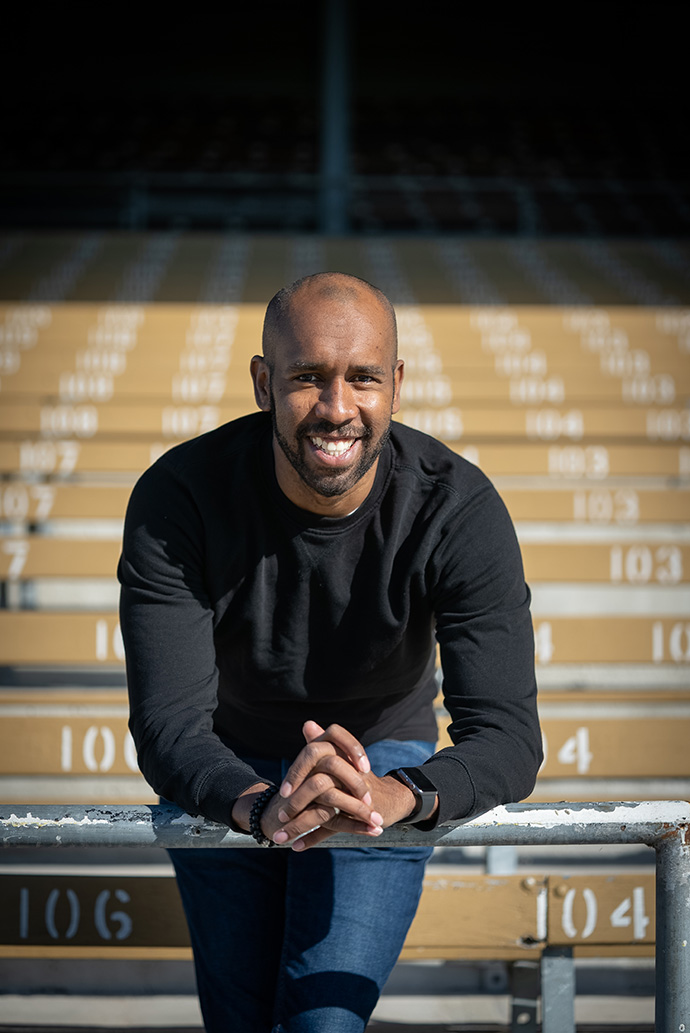 A range of educational material for community groups and schools is provided on the Reflect Forward website, aimed at encouraging people to reflect on their beliefs and how they were developed. It features videos of cricketers, such as Australian Test captain Tim Paine and fast bowler Pat Cummins, who has been a keen advocate for the initiative, discussing racism in sport.

And a framework has been established to measure the success of the program in guiding attitudes.

Sport as force for change

Elsheikh, whose father was a diplomat, spent a large portion of his childhood travelling. His family lived in more than a dozen countries and he found that he was often “defined by the colour” of his skin. He was attacked in Turkey as a young teenager and stabbed in the neck, surviving because a local woman courageously chased the attackers away.

But his childhood also provided a moment that demonstrated the power of sport. A keen soccer fan, Elsheikh rode the wave of English football when prolific Arsenal striker Thierry Henry’s exploits on the pitch “made it cool to be black”.

“Everyone said I looked like Thierry Henry!” Elsheikh says. “For a little while I witnessed how athletes, whether through performances or speaking up about different issues, influenced the school environment almost immediately. That really surprised me.”

He now believes those involved in sport are ideally placed to initiate change among their legions of young, starry-eyed fans, as well as within teams themselves.

“There’s no doubt that sport is a force for change … with athletes having quite an influence on young people,” Elsheikh says.

“Our whole theory of change is built around influencing the next generation of young Australians about this issue, because they are the ones who are going to be the leaders of tomorrow and they’ll be able to drive the change we want to see.” 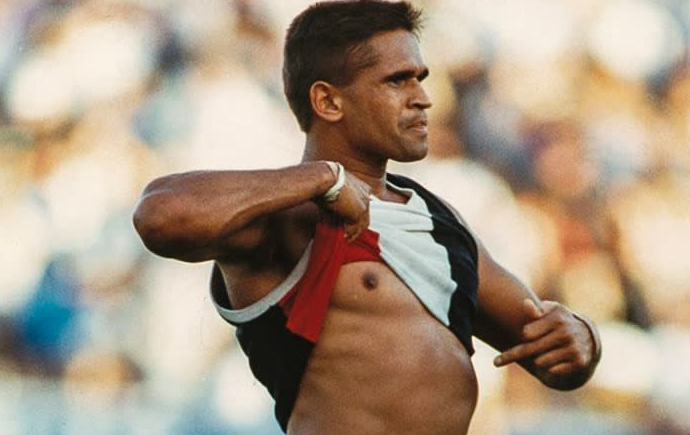 Before the 1990s, Aboriginal footballers in Victoria were nearly always alone, and often suffered abuse. A new research paper examines how First Nations players worked with each other, and with AFL leadership, to fight racial vilification on and off the field. Read more at Monash Lens.

Josh Lalor, an Indigenous fast bowler who plays for the Melbourne Renegades in the Big Bash League, has been a key driver of the pilot project. He says racial discourse in Australia often resembles shouting contests between people with opposing views.

Reflect Forward, he says, is a way to reach people no matter where “they are on the spectrum of understanding, knowledge and engagement with racism”.

He describes the program as a ‘one-percenter’ – not a solution, but an important component in encouraging fans to stop and think about their views and behaviour.

“So next time a person is walking down the street having a particular thought, even if it’s just casual racism, like a joke that they’ve said a 100 times, they might catch themselves and consider whether or not they should say it,” Lalor says.

“I think that is when you know you’re starting to get your hooks into society. If you can just get into their psyche, I think that’s a win.”

Elsheikh credits the Leave No One Behind program for setting him on his current path. He was completing a Master of Business Administration at Monash University in 2018 when he attended an MSDI-led workshop that opened his mind to the idea of social entrepreneurship and provided an opportunity to pursue it through Leave No One Behind. 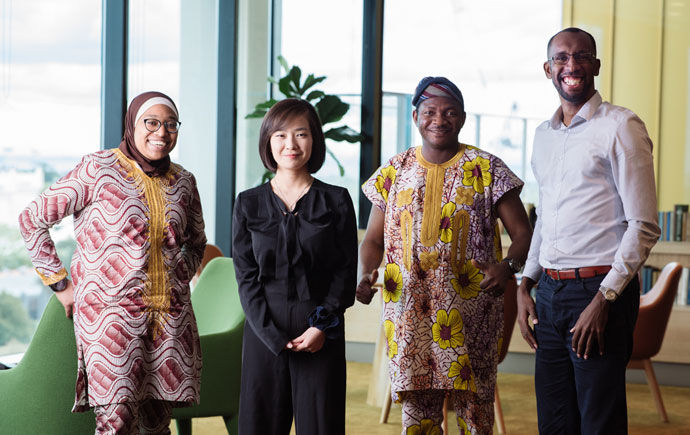 It was a time when the media and some Australian politicians were running hard with stories of African gang violence in Melbourne, and he wanted to showcase a different side.

Read: 'One Love's' winning pitch in Leave No One Behind

“I was a day late in applying for the Leave No One Behind program and begged to get in. I had an idea to highlight positive African stories because we had better stories than the ones that were out there in the media,” Elsheikh says.

“The program taught me a lot about the basics about social innovation and how to go about driving change, and without that initial class and Leave No One Behind, I don’t think I would have been involved in this journey.”

Program manager Liz Bacchetti says One Love Australia’s success was a great example of how students, when provided with core innovation and entrepreneurial skills, can use their drive and passion to achieve social good.

“Leave No One Behind offers a chance for students to explore a social issue they care about and figure out how they can make a positive difference to it,” Bacchetti says.

“Jamal created the idea for One Love Australia through his determination to solve injustices he saw in the community and by drawing on the skills from his degree – and that is what Leave No One Behind is all about.

“It’s designed as a launchpad to explore opportunities around social impact and broaden students’ horizons about what is possible for their future careers. It’s been incredible to watch One Love Australia grow into the social enterprise it is today.”

The world is changing. From education to healthcare, housing to fair pay, it’s hard not to feel like the gap is getting wider between those with opportunity and those without. So, what can you do to help?

<br>Leave No One Behind is a program for students and recent graduates - reaching out to people like you - for innovative ideas that will address disadvantage and inequality in our local communities.

Access world leading experts, short-courses and opportunities to help you thrive now and into the future.