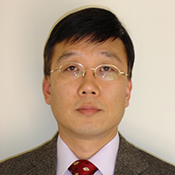 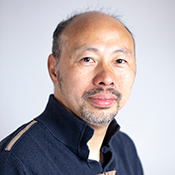 The departmental working paper 'Data-driven mergers and personalization' by Associate Professor Zhijun Chen, Professor Chongwoo Choe, JiaJia Cong from Fudan University and Noriaki Matsushima from Osaka University, on the Google/Fitbit merger had a huge media impact earlier this spring and was cited widely.

The authors warned of the risk of Google misusing millions of people’s health data.

The paper was cited as the main theoretical evidence in the Amicus Brief submitted in September to the European Commission by a group of leading competition economists as an objection to the Google/Fitbit merger.

Chongwoo Choe and Zhijun Chen contributed to the brief which was published as a CEPR policy article, "Google/Fitbit will monetise health data and harm consumers".

Following the submission, the group of competition economists including the Monash academics launched a campaign in public media, including the Financial Times, to advocate our concerns on the merger. On October 15th, Zhijun Chen was invited by the Australian Competition and Consumer Commission (ACCC) to present the paper and discuss the policy implications of the merger. He also presented the paper in the department IO seminars on October 1, and then on the influential Digital Platform Online Seminars in Toulouse School of Economics on November 3. The presentation is available here.

Here are some examples of media coverage of the research. 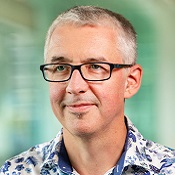 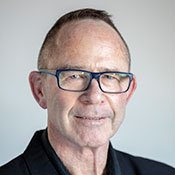 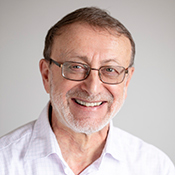 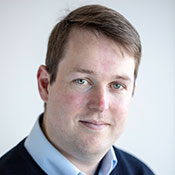 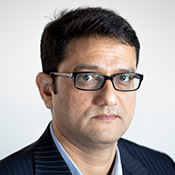 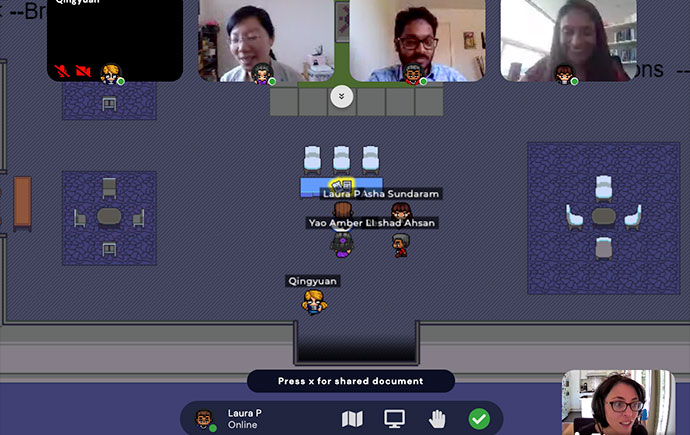 The 4th Melbourne Trade Workshop was held virtually on two consecutive Fridays on Dec 4 (10am-1:15pm) and Dec 11 (11am-2:15pm) on the Gathertown platform.

The workshop was jointly organised by Monash Business School and the Trade and Development unit at The University of Melbourne. This year featured speakers were Senior Research Economist Doireann Fitzgerald (Minneapolis Fed) and Professor Marc Muendler (UCSD).

Monash organiser Senior Lecturer Laura Puzzello says: “We had between 16-20 participants per session, great speakers and curious participants. Talks provided insights on firms' expansion strategies, wage inequality in open economies and the role of globalisation in explaining the recent surge in deaths by fentanyl in the US, among others. We had fun, but all very much look forward to live interactions.”

On 9 October 2020 Professor Sascha Becker and Dr Weijia Li hosted AusClio by zoom, the 2020 Australasian Cliometric Workshop. It focused on the implications of religion, violence and political economy (death and taxes in short!).

We had over 160 registered participants, 30 presenters from 20 universities, and discussants from over 10 universities.

Thank you to everyone! 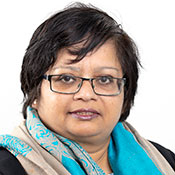 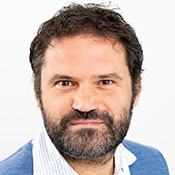 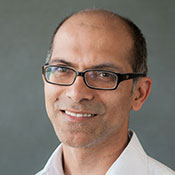 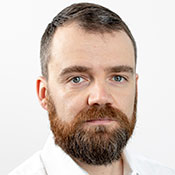 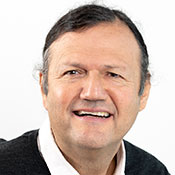 The following article is listed within the most cited articles published since 2017, extracted from Scopus:

Giovanni has given the following webinars:

Jonathan has recently joined the Department as a postdoc working with Lata Gangadharan, Erte Xiao and Phil Grossman.

Jonathan is a recent PhD from UTS. His main research interests are in the field of applied microeconomic theory and experimental economics. He has a particular interest in understanding how different economic policies affect organisational behaviour. Here is his personal website: https://sites.google.com/view/jonathanlevy

His personal interests include playing table tennis (used to play competitively) and football. He also enjoys playing the piano.

When we return to our offices, he will have office space at Clayton.

Symposia on Behavioral Economics of the COVID-19 Pandemic

Experimental Economics and the Journal of the Economic Science Association will publish parallel Symposia focused on COVID-19.

Topics could include various methodological issues associated with running experiments during a pandemic, some new software (provided it is tested/validated), natural experiments involving the pandemic, effects on behavior, productivity and diversity, as well as experimental evaluations of epidemiological models and their assumptions.

At JESA, we particularly welcome replications of well-known experiments in non- laboratory settings, including failed replications, as well as papers discussing the problems that might arise when transiting to a non-laboratory environment, and the issue of linking data collected in the laboratory, online and in the field.

Papers should be submitted using the Experimental Economics and JESA submission portals, selecting the Symposium as the submission type.

Please do not hesitate to contact any of the editors should you have questions regarding these Symposia.

We look forward to reading your manuscripts.

Simon Angus and Paul Raschky (together with Klaus Ackermann from Econometrics) have been interviewed/featured by a number of national and international news outlets regarding their work on Internet pressure during the COVID-19 pandemic. Coverage includes:

Coverage was picked up by AAP and syndicated to 122 outlets nationally. This includes:

The next Department meeting is scheduled for 24 July 2020, 11am to 12:30pm. Whether it will be an on-campus meeting or totally remote attendance will depend on the social distancing advice at that time.

The idea of the AYEW is to provide a platform for PhD candidates and Post-Doctoral researchers to connect, interact and engage with each other, while sharing their enthusiasm for the discipline of Economics. It brings together young economists located in various geographies, conducting empirical research in various fields of Economics, to one virtual location where their high-quality research and ideas can be shared with a broad audience - including faculty members - that extends beyond their home universities.

The webinar has evolved into a continuous global webinar series that runs two sessions per week (one for each major time zone). Ashani and Yvan have received a large number of submissions and most presentation slots for the remainder of the year are already booked out.

In less than two months, almost 500 people registered their interest and more than 50 webinars have been scheduled, with speakers from over 30 institutions across four continents. So far, the webinar had presenters from institutions such as Oxford, UPF, ANU, UWA, Hertie School, Bank of Mexico and Monash, and the upcoming list includes universities such as PSE, University of Melbourne, UNSW, Pittsburgh, IHEID Geneva, Vancouver, Frankfurt and Tilburg, to name a few.

All information, including details of upcoming presentations, can be found here. For any inquiries, contact Ashani directly (ashani.amarasinghe@monash.edu).

Weijia's dissertation, Meritocracy in Autocracies: Origins and Consequences was awarded by UC Berkeley in 2018. The dissertation studies both the economic consequences and historical origins of bureaucratic capacity. A novel dataset is used to trace the evolution of historical institutions over 1,300 years. New tools of text analysis are applied to the Twenty-Five Histories, the most important source of Chinese history. The dataset uncovers a key empirical regularity: a meritocratic bureaucracy arises only after emperors establish a strong ‘separation of powers’ among provincial officials, an institution that helps to solve the trade-off between loyalty and competence. The joint emergence of market economy and a meritocratic bureaucracy during the ‘Tang-Song Transition’, the watershed moment in Chinese history, is formally modelled. The model also sheds light on different paths of state development in historical China versus the Ottoman Empire.

A summary of the dissertation will appear in the July issue of Australian Economic History Review.

This is the fifth year the workshop has run and we are expanding its format with more international participants and two keynotes: Professor Juan Camilo Cárdenas from the Universidad de los Andes in Colombia and Professor Christopher Costello from the University of California, Santa Barbara.

The workshop is a collaboration between the Department of Economics, the Centre for Development Economics and Sustainability and Monash Business School. For further information please contact Anke Leroux.

Technology and the future of labour: historical and contemporary perspectives" is co-organised by Sascha O. Becker and Assistant Professor Hyejin Ku (UCL) on Thu 21 May 2020 and Fri 22 May 2020 at the British Academy in London.

Gaurav Datt visited India in January and gave several seminars at the Institute of Economic Growth on January 6; Delhi School of Economics on January 9 and at the National Council of Applied Economic Research on January 10.

The seminars were on 'Progressivity and Redistributive Effects of Income Taxes in India' and 'Distribution-sensitive Multidimensional Poverty Measures'.

In January, Vinod Mishra visited the Indian Institute of Management Lucknow in Uttar Pradesh, India. While there, he worked on a collaborative research project and interacted with staff and PhD students. He also presented a paper on the relationship between Economic Growth and Income Inequality in their seminar program.

He also presented at a departmental seminar at the National University of Singapore (NUS), December 10, 2019.

On February 7, 2020 he gave a Departmental seminar at the University of New South Wales (UNSW), Sydney.

Yves Zenou became a Council member of the Econometric Society.

He was elected as Member of Executive Board of the Asian and Australasian Society of Labour Economics (AASLE).

Together with Daiji Kawaguchi he is co-editing a Special Issue on the “Asian and Australasian Association of Labour Economics, 3rd annual conference, Singapore, 12-14 December 2019,” Labour Economics, November 2020 (expected).

He will serve as Programme Committee Member of the World Conference in Labor Economics (EALE, SOLE and AASLE), Berlin, Germany, June 2020.

Sascha O Becker’s recent paper on Investment in education after World War II was mentioned in the Wall Street Journal newsletter as a highlight from the research presented at the American Economic Association’s annual meeting. 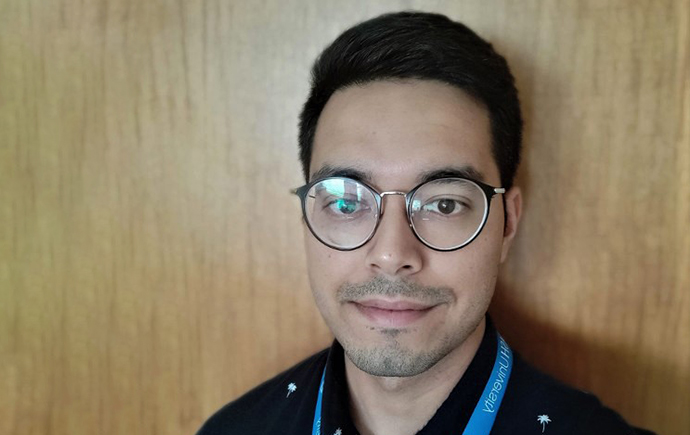 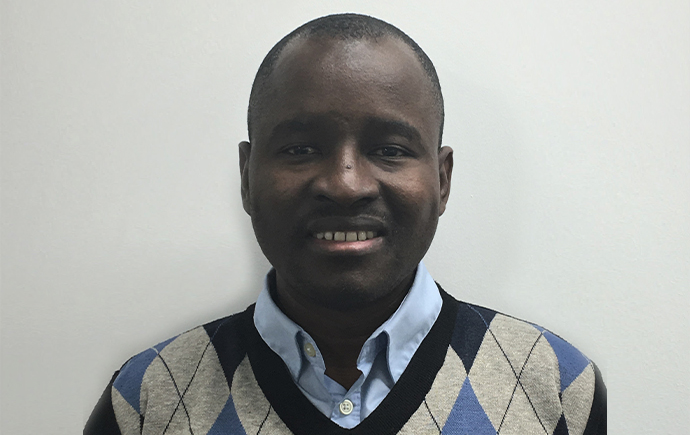 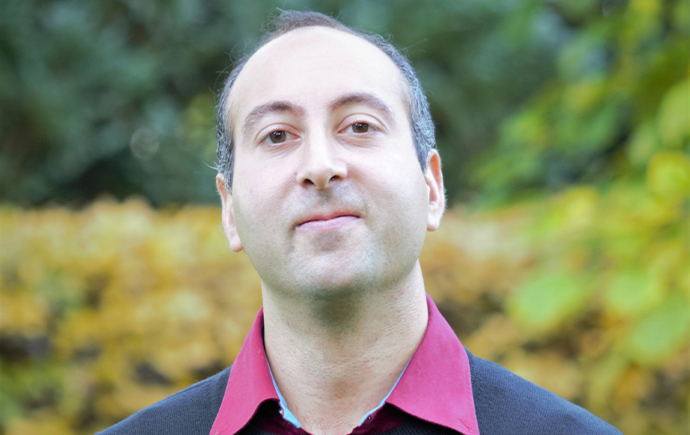 We are hosting a number of long-term visitors at the moment across both campuses.

Satya Borgohain recently joined SoDa labs as a Research Fellow after graduating with a Masters in Data Science from Monash. He currently works at the intersection of big data and machine learning within the political and social science domain and is helping build robust data pipelines for alternative data analysis using different methodologies at SoDa.

His thesis is about bargaining and networks both from an empirical and theoretical perspective.

Dr Richard Kima joined Monash University in November 2019 for a two-year postdoctoral research fellowship in macroeconomics. He works with Associate Professor Giovanni Caggiano and Professor Efrem Castenuovo from the University of Melbourne, on an ARC-funded project entitled 'Uncertainty, Financial Frictions, and the Australian Business Cycle'.

“I am pleased and fortunate to work with both Giovanni and Efrem, benefiting from their extended experience in the field. Within the project, we primarily aim at developing and estimating state-of-the-art macroeconomic models,” he says.

Richard is originally from Burkina Faso, West Africa, and recently completed his PhD in Economics at the University of Southampton in the UK.

Dr Stefan Meyer is currently working as a Research Fellow on a project to improve food security in the northern uplands of Laos. After being based in Vientiane for three years, he joined Monash in October 2019. Together with Dr Paulo Santos (and others), he developed and implemented RCTs to test the impact of a rodent control contest, the use of economic games as a learning tool and the provision of village training grants on the livelihoods and food security of smallholder farmers. Before this project, Stefan worked for three years in Malawi on research projects to analyse the economics land degradation and the food-energy-water nexus. His contributions to the projects were both to research and implementation. His main research interests are the behavioural aspects of development and agricultural economics.

Dr Behnud Mir Djawadi is currently a Research Fellow at the Chair for Corporate Governance at Paderborn University in Germany and head of the university’s experimental Business and Economic Research Laboratory (BaER-Lab). Since 2016, he has been the Secretary of the “Society for the Advancement of Behavioural Economics (SABE)” which is one of the most established international associations of scholars devoted to behavioural economics.

He is visiting Monash until June 2020, working on a joint research project about the refugee crisis in Germany with Professor Klaus Abbink. In the research they simulate how the Muslim share of the total population in Germany will grow in the next decades as a response to the 2015/2016 influx, using different scenarios and common demographic techniques and assumptions to project populations in the future. This is Behnud’s third visit to the department.

Eva Moreno Galbis is a professor of economics at Aix-Marseille University and a junior member of the prestigious Institut Universitaire de France.

She is a labour economist who has extensively published on migration issues, retirement choices and aging population and the impact of new technologies on the labour market.

She will be visiting Monash University (Caulfield Campus) until July 2020.