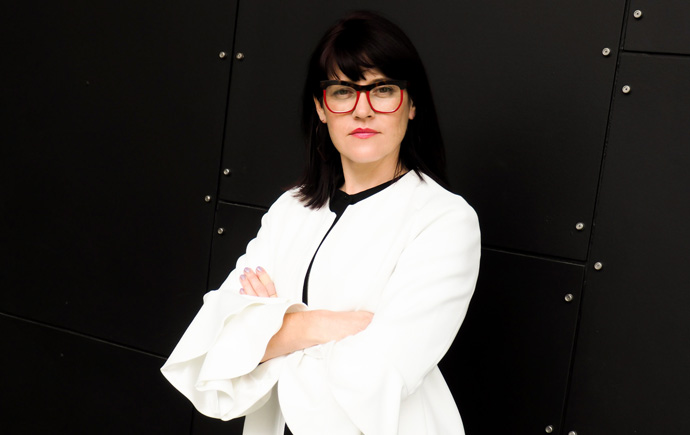 A major collaborative research project between Monash Art, Design and Architecture’s XYX Lab, La Trobe University and RMIT has today released a series of gender-sensitive Toolkits to improve the safety of women and girls on public transport.

The State Government-funded TramLab research brought together pioneering research expertise in violence against women; gender, space and design; and technology-facilitated sexual violence and harassment, to investigate the issues and factors impacting on safety and perceptions of safety for women and girls on Victorian public transport.

The research found that despite women’s use and experience of public transport being different from men’s, this fact and women and girls’ widespread safety fears are seldom considered in service delivery. Encouragingly, the research also indicates a strong commitment to improving safety for women and girls across the sector.

Associate Professor Nicole Kalms, Director of the XYX Lab is expert in designing for the safety of women and girls in public spaces. As research coordinator of the Tramlab project Kalms said that fear of male violence significantly limits the freedom and participation of women and girls in community life, and that this is particularly heightened in relation to the use of public transport.

“This research explored the gendered nature of safety, design and spaces and the Toolkits provide practical, gender-sensitive solutions for action on these issues.”

Project Chair from La Trobe Professor Angela Taft - a world-leading expert on gender-based violence - said now more than ever it is essential to address the critical issue of women’s safety on public transport.

“Through this important project, drawing on expertise from across industry and universities, we have engaged women and girls in co-designing and contributing to new solutions in public transport. If an over-arching gender sensitive policy framework can be developed and the recommended actions in the toolkits implemented, they will significantly help to prevent and reduce women and girls’ experiences of sexual harassment and assault.”

It is hoped that the Toolkits, aimed at the general public, government and public transport providers, policy makers and stakeholders, will raise awareness of the structural, attitudinal, behavioural and spatial factors that influence women and girls safety on public transport in Victoria and beyond.

Outcomes from their use will be far-reaching, with application beyond tram routes in applying a gender lens to transport planning and urban design nationally and internationally.

See more detail and the Toolkits themselves here.