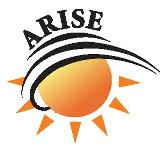 The ARISE-RCT was a multi-centre, unblinded, randomised, controlled trial of Early Goal-Directed Therapy (EGDT®) versus standard care in patients with severe sepsis presenting to the Emergency Departments (EDs) of hospitals in Australia, New Zealand, Finland, Ireland and Hong Kong.

Goal: The study tested the hypothesis that EGDT®, compared to standard care, reduces 90-day mortality in patients presenting to the ED with severe sepsis. The null hypothesis was that there was no difference in the risk of death between patients assigned to either EGDT® or standard care. The ARISE-RCT, along with the NIH-funded PROCESS trial, looked to validate the findings of the single-centre Rivers et al. study (Rivers E, Nguyen B, Havstad S, et al. Early goal-directed therapy in the treatment of severe sepsis and septic shock. N Engl J Med 2001;345:1368-77).

Rationale: Severe sepsis is a major publich health problem. In 2004, the Australian and New Zealand Intensive Care Society Clinical Trials Group (ANZICS CTG) reported that the adult incidence of severe sepsis (a complication of severe infection) is 77 cases per 100,000 of population per year in Australia and New Zealand; representing over 15,000 patient episodes per year. Similar population incidence rates were reported elsewhere. Importantly, 11.8% of all admissions to Australian and New Zealand ICUs were associated with severe sepsis and in-hospital mortality is 37.5%. In patients with septic shock, mortality approached 60%. The burden of death was approximately 3 times the annual national road toll. The death rate also exceeded other diseases which significantly impacted on the Australian community such as breast and colorectal cancer. Given the pressing need to reduce the mortality from severe sepsis and the class II evidence that EGDT may be an effective treatment that was not currently used in the majority of Australian and New Zealand hospitals, a phase III study to examine the effectiveness of EGDT in Australasian patients was imperative. Unless a trial specifically comparing EGDT and Australasian standard care was performed, ED and ICU specialists would have remained uncertain about the benefits of EGDT to our patients.

Study Completed: The recruitment of the 1,600 patients was completed in September 2014. The study concluded that in critically ill patients presenting to the emergency department with early septic shock, EGDT did not reduce all-cause mortality at 90 days. The results were presented at the 27th Annual Congress of European Society of Intensive Care Medicine (ESICM) in Barcelona, Spain, and published in October 2014 as follows:

Collaboration: The ARISE-RCT was conducted in collaboration with the Australasian College for Emergency Medicine (ACEM) Clinical Trials Group.