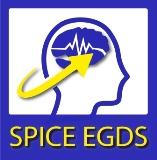 The SPICE III Study was a prospective, un-blinded, randomised controlled trial of Early Goal-Directed Sedation (EGDS) compared with standard care. The study recruited patients who were intubated and ventilated in a participating ICU, were expected to remain intubated the day after enrolment and needed immediate and ongoing sedation. A total of 4,000 patients were recruited from 74 ANZ and international ICUs. It was the largest ICU sedation trial ever conducted.

Goal: The primary aim of this study was to determine whether Early Goal-Directed Sedation, compared to standard care sedation, reduced 90-day mortality in critically ill patients who were expected to require mechanical ventilation for longer than 24 hours.

Rationale: Current sedation management in intensive care may have unacceptable short and long-term consequences on tens of thousands of patients per year in Australia and millions of patients worldwide. The human and societal cost associated with these problems are enormous. Providing high-level evidence to guide clinicians towards a safer paradigm of innovative and targeted sedation is an urgent clinical and economic imperative. EGDS is an attractive candidate intervention to improve outcome, and its feasibility has been proven in representative ICUs in Australia and New Zealand.

Study Progress: Patient recruitment commenced in November 2013 and was completed in Feb 2018. Patient follow-up was finalised in October 2018. The results were published in the N Engl J Med in 2019.

Results and Impact: Each year over 160,000 people are admitted to Australian Intensive Care Units, with 80,000 of those needing ventilatory support. More than 60,000 of them experience delirium, a devastating event that can increase time spent in hospital, delay cognitive and physical recovery and shorten life, especially in older people. Preventing delirium is an important goal in the care of this cohort.

These results suggest dexmedetomidine may be an appropriate primary sedative in older patients undergoing mechanical ventilation in an ICU. It concurred with previous studies showing reduced ventilation time, delirium, and coma.