Funded by participating member agencies of the Australasian Fire and Emergency Service Authorities Council (AFAC) and the Department of Defence. 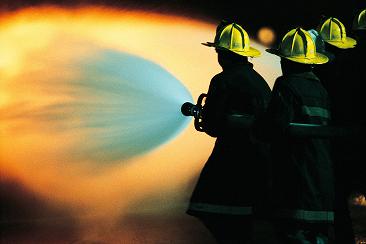 The Firefighters' Health Study issued its final report in 2014, at which time the cohort entered an inactive phase. As of 2020, funding has been secured to reactivate part or all of this cohort, for use in two related research studies. One explores the health impacts of smoke exposure on firefighters and other responders during the 2019/2020 bushfire event in Eastern Australia; the other explores health impacts of per- and poly-fluoroalkyl substances (PFAS) exposures on firefighters.

In 2011, Monash was commissioned by the Australasian Fire and Emergency Service Authorities Council (AFAC) to carry out a national retrospective study of firefighters' mortality and cancer incidence known as the Australian Firefighters' Health Study. This study was prompted, in part, by the results of several overseas studies which had identified excesses of several types of cancers in firefighters. The aims of the study were to examine mortality and cancer among firefighters and investigate different subgroups, based on type of employment, duration of firefighting service, era of first employment/service, serving before/including or only after 1985, by the number of incidents attended and whether an individual was identified as having been a trainer.

Ethics approval for the study was granted by the Human Research Ethics Committees of Monash University, the State and Territory Cancer Registries, the Australian Institute for Health and Welfare (AIHW) and the National Coronial Information Service.

Agencies that contributed records of career full-time and part-time paid and/or volunteer firefighters to the study:

The specific aims of the study were, where sufficient numbers permitted, to:

This study had an Advisory Committee whose membership was drawn from AFAC, fire agencies, trade unions and volunteer firefighter associations. In order to provide the necessary support to the researchers the Advisory Committee met six times during the course of the study.

Below are the contacts from organisations who assisted with the study and/or their representatives that attended Advisory Committee meetings:

In order to provide technical support to the researchers, a Technical Reference Group (TRG) was established. The group provided guidance to the researchers on the conduct of the study and evaluated and commented on the proposed analytical methodology. TRG members were not all able to meet as a group but were sent copies of bulletins, the protocol and the statistical analysis plan for comments and suggestions and a draft of the final report.

The TRG members were:

Eight Bulletins were issued about of the progress of the study. These are available below:

If you have a complaint concerning the manner in which the Australian Firefighters' Health Study (Project Number: CF11/2982 – 2011001677) is being conducted, please contact: