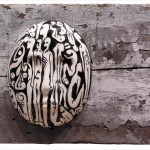 Welcome to the website for the 3rd Dr Jan Randa Conference in Holocaust and genocide studies. 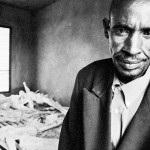 This conference was situated within the field of Holocaust and Genocide Studies and so addressed core conceptual and methodological questions concerning comparative approaches to genocide research using newly available sources and sites. That comparative stake is all the more important given that many recent and contemporary methods of documenting and analysing genocides, ranging from the Armenian and Cambodian contexts to the former Yugoslavia and Rwanda, have often been circumscribed by historiographical and archival frameworks and practices shaped by the experiences and debates surrounding the Holocaust. 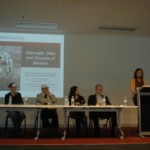 The 3rd Dr Jan Randa Conference in Holocaust and Genocide Studies was introduced with a question which underpinned much of the conference: the question of the uniqueness of the Holocaust and the subsequent legitimacy of using it as a launching pad or reference point from which to discuss other genocides.  Professor Andrew Benjamin raised the concerns ... Read more

The 3rd Dr Jan Randa Conference in Holocaust and Genocide studies brings together distinguished keynote scholars, academics and postgraduate students from around the world. Join us for this Public Symposium featuring Aftermath Conference Keynotes Richard Bessel, Ben Kiernan and Jay Winter, and moderated by Dr Daniella Doron. Understanding Genocide in the Shadow of the Holocaust Histories and ... Read more 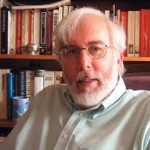 Richard Bessel is Professor of Twentieth Century History. He works on the social and political history of modern Germany, the aftermath of the two world wars and the history of policing. He is a member of the Editorial Boards of German History and History Today. He is currently a Senior Fellow at the Freiburg Institute for Advanced Studies. Richard Bessel’s early ... Read more 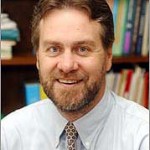 Professor Kiernan obtained his Ph.D. from Monash University, Australia, in 1983. He is the author of Blood and Soil: A World History of Genocide and Extermination from Sparta to Darfur (2007), which won the 2008 gold medal for the best book in History awarded by the Independent Publishers association, and the U.S. German Studies Association’s 2009 Sybil ... Read more 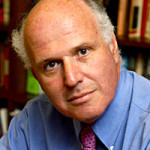 Jay M. Winter, the Charles J. Stille Professor of History, is a specialist on World War I and its impact on the 20th century. His other interests include remembrance of war in the 20th century, such as memorial and mourning sites, European population decline, the causes and institutions of war, British popular culture in the era ... Read more