In the wake of the Holocaust, survivors embarked on a journey to rebuild their lives, and in doing so, reclaim hope, a sense of purpose and meaning in life.

While researchers have explored the resilience and adaptation strategies of Holocaust survivors, few have considered the role of gender. The 2022 Kerryn Baker project brings together an interdisciplinary team of researchers from the fields of history, psychology and social work to investigate the role of gender in shaping the resilience and adaptation patterns of Holocaust survivors in Melbourne.

By shedding new light on the lives of Melbourne’s Holocaust survivor community and their descendants, this project aims to contribute to a growing body of literature on gender, resilience and adaptation, and to stimulate fresh thinking about how to enhance the life prospects of people living with serious adversity.

The project is guided by two overarching questions:

Dr. Daniel Heller, Senior Lecturer in the Australian Centre for Jewish Civilisation. Daniel is an historian of east European Jewry, with a focus on the Jews of Poland and their descendants.

Dr. Emily Berger, Senior Lecturer in the School of Educational Psychology and Counselling. Emily’s areas of specialisation include trauma and resilience, with a particular focus on children.

Dr. Marcelo Maghidman, Lecturer and Course Coordinator for Monash’s Masters in Social Work.  Both as a researcher and a private practice counsellor, Dr. Maghidman has worked with Holocaust survivors and their descendants around issues of mental health. 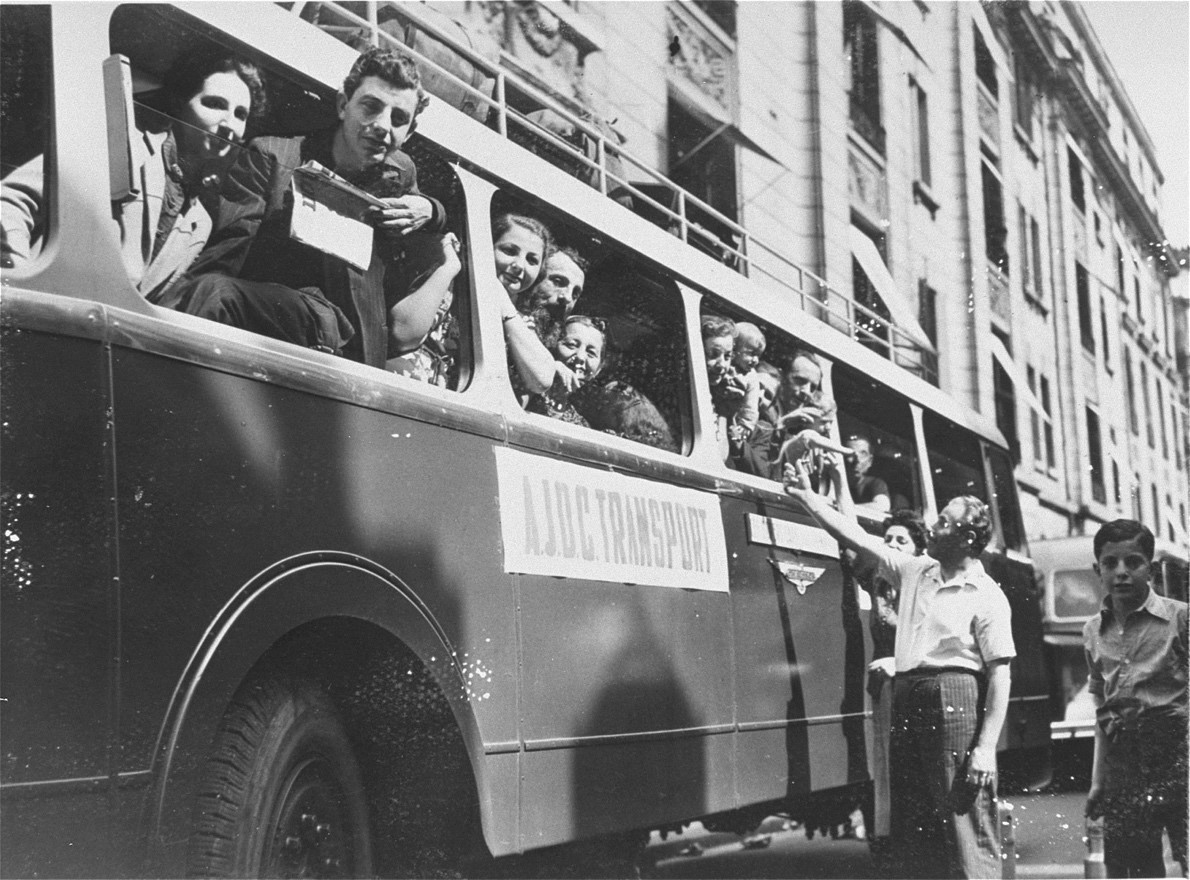 Jewish DPs look out the windows of a bus to Marseilles on the first leg of their journey to new homes in Australia and South America.
Photo courtesy of the United States Holocaust Memorial Museum.