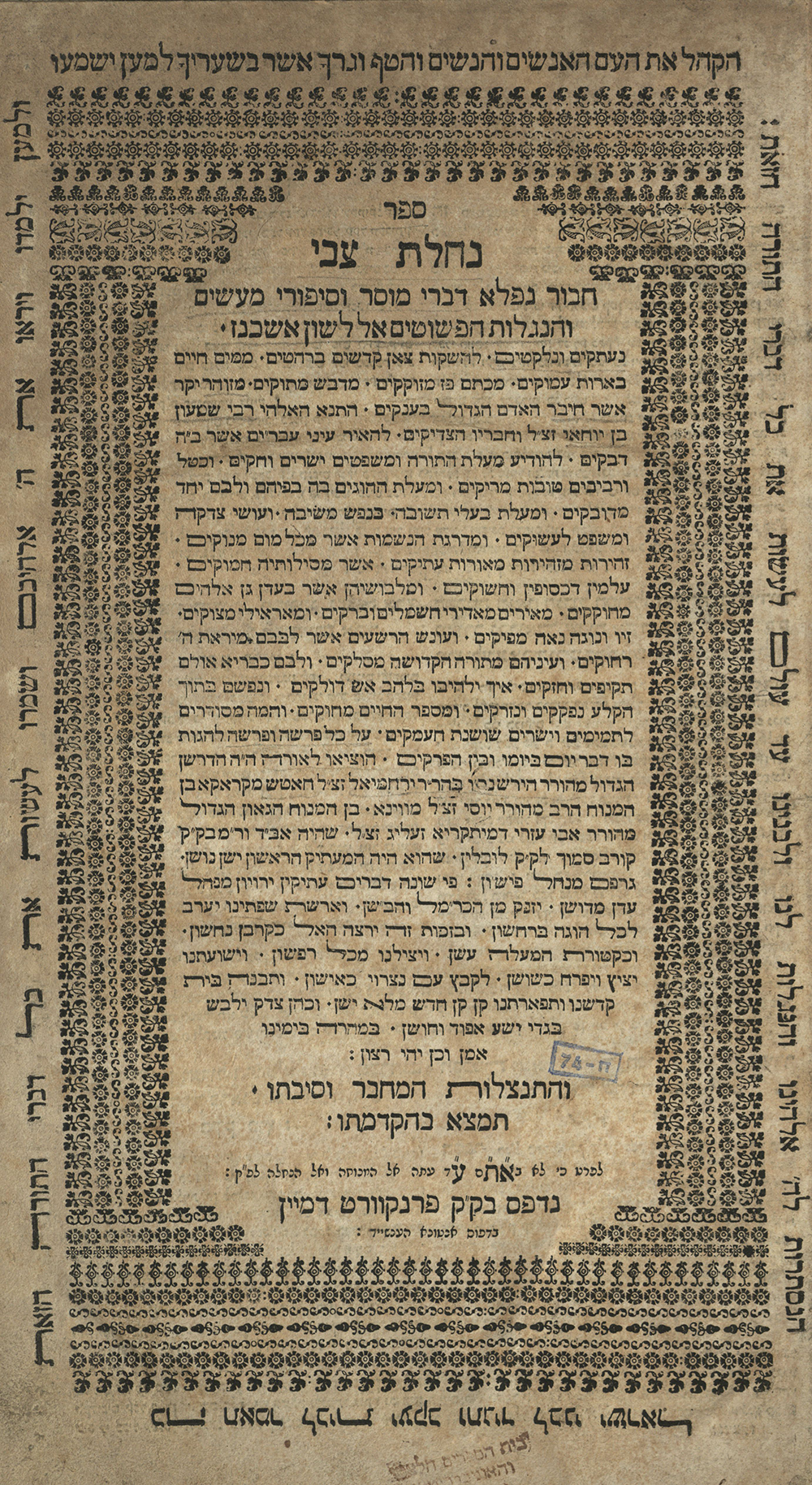 Over the last decade, all of my research has focussed on the Jewish mystical tradition, the Kabbalah. My current project draws together two of my interests - the Zohar, the 13th century classical work of medieval Kabbalah, and Yiddish.

Although it is customary to think of Yiddish as the language of secular Judaism, often avowedly anti-religious and revolutionary, Yiddish has also been the bearer of the Jewish mystical tradition in important ways. My most recent book explored what was arguably the highpoint of this process through the poetry of Aaron Zeitlin (1898-1973), whose writings fuse avant-garde form and complex kabbalistic symbolism. My current project seeks to trace the beginning of this process by exploring the first translations of the Zohar (written in Aramaic) into Yiddish.

Although a number of authors incorporated zoharic and kabbalistic material in their writings in the 17th and early 18th centuries, two writers in particular stand out. Akiva Baer ben Yosef of Vienna wrote  Maasey Hashem (The deeds of God) and Abir Yaakov (The Mighty One of Jacob) in 1691 and 1700 respectively. These were the first books to present substantial portions of the Zohar to a wider readership, including women and the less learned. Tsvi Hirsh ben Yerahmeel Hotsch's Nakhles Tsvi (The Inheritance of Tsvi), published in Frankfurt in 1711, is even more significant as it presents a more complete version of the Zohar in Yiddish, albeit omitting the more esoteric portions of the text.

This project aims to produce critical editions of these three works, mapping what was and wasn’t translated, how and why. This  will fill a gap in our understanding of the transmission of kabbalistic ideas to the Yiddish-reading masses, thus sharpening our picture of popular forms of spirituality among Ashkenazi communities.

“The Revealed within the Concealed: The Yiddish Preface to the Yiddish Zohar (Nakhles Tsvi) of 1711”, Kabbalah: Journal for the Study of Jewish Mystical Texts, in press.