On this page, you can find recordings of some of our most popular past events and webinars. 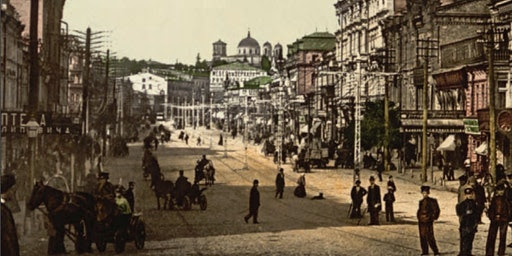 The ACJC has invited Prof. Natan Meir (Portland State University), an expert on Ukrainian Jewry,  to give a talk about the current crisis and its impact on Ukraine’s Jewish community. A co-presentation of ACJC and JIFF.

The Seven Palaces of Breath: The Mysteries of the Flying Hobbler | A children's book for adults and an adults' book for children

To view the works that were launched on March 23, please visit this SITE

A co-presentation of ACJC and Monash University Publishing.

Leo and Mina Fink’s remarkable story is skilfully told through the turbulent, rapidly shifting times in which they lived. This is a compelling account of how and why two individuals set out to change the world for the greater good. Michael Gawenda, well-known journalist and author,  launched the book.

Mira Schlosberg is a writer and comics artist whose work focuses on lesbianism, Jewishness, and nature. She blends all three in her 2021 Yiddish comic book, Kugel Western. Sci fi meets Western, as girl meets girl in this tender and scorching tale of a Yiddishe cowgirl and her alien lover who arrives in the Sonoran Desert by UFO.

This seminar is part of ACJC’s new Yiddish Seminar Series, a program of seminars that explore aspects of Yiddish language, literature, culture and creativity.

The Jan Randa Aftermath Series in Holocaust and Genocide Studies

Presented in partnership with the Jewish Holocaust Centre of Melbourne 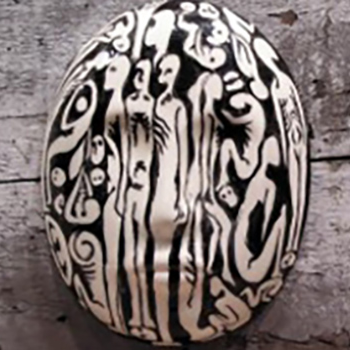 In the face of the looming aftermath of the aftermath – one thrown into even starker relief in light of the health threats posed by COVID-19 to communities of survivors – institutions and individuals are grappling with ways to preserve and present the traces of Holocaust survivors and their stories. The Aftermath 2021 event series addresses this critical juncture in Holocaust memory by featuring scholars, artists, archivists, museum curators, and others who are working to ensure the future of Holocaust memory. We gratefully acknowledge the generous support of the Sunraysia Foundation. The Aftermath Series honours the memory of Dr Jan Randa, Jewish scholar, survivor and beloved educator of generations of Australian students.

View the program schedule, abstracts and speaker bios here and watch full video recordings via the links below:

The Futures of Genocide Memory

MIRKA Exhibition and Child Survivors: Art in the Aftermath

Sexual Violence and the Holocaust In partnership with Kadimah, ACJC presented a five-part series of live online lectures on Yiddish in film and television, delivered by Professor Rebecca Margolis, Director of the ACJC and Pratt Foundation Chair of Jewish Civilisation. The series was delivered via Zoom on Sunday mornings in May-June 2020.

You can find full video recordings of the lectures via the links below.

Lecture 1 – From Dybbuks to Unorthodox: What is New Yiddish Cinema?

Lecture 2 – Portrayals of Hasidim in Yiddish Television and Cinema

Lecture 3 – The Supernatural in Yiddish Cinema Yesterday and Today

Lecture 4 – Representations of the Holocaust in Yiddish Cinema In this very special public event, presented in partnership with The Joint Australia, Beate Klarsfeld took us on a journey back more than 60 years, when she and her husband Serge hunted, confronted, and exposed Nazi war criminals, tracking them down to their hiding places. It is they who uncovered the notorious Klaus Barbie, the former Gestapo officer known as “the Butcher of Lyon”, in Bolivia. It is they who outed Kurt Lischka as the man responsible for the largest deportation of French Jews. And, with the help of their son Arno, who spoke at the event alongside Beate, it is they who brought the Vichy Police Chief Maurice Papon to justice. Jan Grabowski, Professor of History at the University of Ottawa, visited Monash as the Visiting Scholar for the Dr Jan Randa Aftermath Lecture Series. He delivered two public lectures.

Legislating the Past: the 2018 Polish 'Holocaust Law'

In January 2018, the Polish Parliament approved the “Holocaust Law” which called for prison terms of up to three years for those found guilty of “slandering the good name of the Polish nation” and implying that Polish society and its institutions were in any way complicit in the Holocaust. Three months later, bowing under tremendous international pressure, the criminalising provisions of the law were rescinded. This lecture examined the background to the ongoing attempts to legislate, to control and to distort the memory of the Holocaust in Eastern Europe.

The Holocaust in Poland: What we did not know, what we are now learning and what remains to be learned

Currently in the study the Holocaust, there is a great deal of focus on the commemoration and the memory of the Shoah, on meta-history (history about history) and to post-Holocaust studies. Yet, we are still far away from knowing as much as we should about the Holocaust itself. Recent research conducted in Poland and elsewhere in Eastern Europe brings to light new avenues of study and new fields of inquiry, which help us to better understand the tragic choices of the Jews facing extermination as well as the attitudes of the local “bystanding” populations. Christopher Browning is the Frank Porter Graham Professor Emeritus at the University of North Carolina in Chapel Hill, visited Monash as the ACJC Visiting Professor for the Dr Jan Randa Aftermath Lecture Series. He delivered a series of three public lectures.

From Humanitarian Relief to Holocaust Rescue: The Story of Tracy Strong Jr.

At the age of 26, Tracy Strong Jr. left the safety of Geneva, Switzerland, to work for the YMCA to help provide humanitarian relief in the Vichy internment camps in southern France. He soon became convinced of the need to get internees out of the camps rather than improving their lives within the camps. He set up a “safe house” in the village of Le Chambon sur Lignon, from which a number of Jews escaped to Switzerland after the roundup and deportation of Jews in France began in the summer of 1942

Uses of the Past and Understanding the Current Crisis of Democracy

All too often simplistic comparisons are made by invoking alleged analogies to fascism, Hitler, Nazi Germany, and the Holocaust.  This lecture seeks to delineate what useful and insightful comparisons can be made with events of the interwar era but also important contrasts that highlight what is new and different about the current crisis of democracy.

Reflections on a Career in Holocaust History

Until the late 1970s the Holocaust was not prominent in public consciousness.  It also had virtually no academic standing as a legitimate field of study in terms of research and teaching at the university-level.  The 1980s and 1990s witnessed a dramatic change, as the field of Holocaust Studies emerged and expanded rapidly.  This lecture examines that transformation through the lens of Christopher Browning’s own career in Holocaust history. Professor Kassow, the Charles H. Northam Professor of History at Trinity College, visited Monash as the ACJC Kronhill Visiting Scholar for 2017. He delivered three public lectures about pre-war Jewish life in Eastern Europe and about his well-known work on the secret archives of the Warsaw Ghetto.

Cultural Resistance in the Warsaw Ghetto: The Ringelblum Archive

During World War II Jews resisted not only with guns but also with pen and paper. Even in the face of death they left "time capsules" full of documents that they buried under the rubble of ghettos and death camps.

Vilna- The Jerusalem of Lithuania

Vilna, the "Jerusalem of Lithuania" was a very special city, and the birthplace of the Jewish Socialist Bund. No other Jewish community in Eastern Europe inspired so many poems and stories. Religion and worldliness, Hebrew and Yiddish, tradition and modernity, all came together in this lovely, Jewish city.

During the 20th century Warsaw became one of the most important centres of the Jewish press, of Yiddish theater and Jewish publishing. It became the biggest Jewish community in Europe, a mosaic of different Jewish tribes.

The Aftermath conference was established through a generous philanthropic gift from the Sunraysia Foundation, in memory of Dr Jan Randa. Situated within the field of Holocaust and Genocide Studies, the conferences address core conceptual and methodological questions concerning comparative approaches to genocide research using newly available sources and sites. The conferences include closed academic workshops as well as public lectures and events.