In the wake of the Holocaust, survivors embarked on a journey to rebuild their lives, and in doing so, reclaim hope, a sense of purpose and meaning in life.  While researchers have explored the resilience and adaptation strategies of Holocaust survivors, few have considered the role of gender. The 2022 Kerryn Baker project brings together an interdisciplinary team of researchers from the fields of history, psychology and social work to investigate the role of gender in shaping the resilience and adaptation patterns of Holocaust survivors in Melbourne. 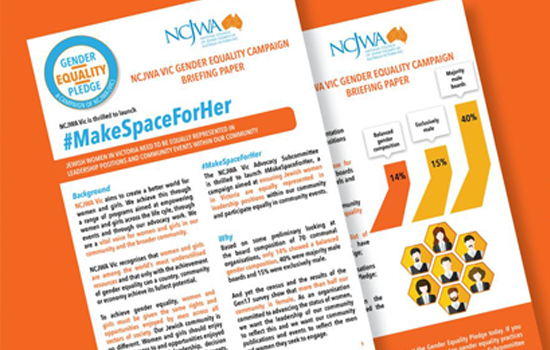 In 2019, the Victorian branch of the National Council of Jewish Women Australia Victoria (NCJWA Vic.) launched its gender equity campaign, #MakeSpaceForHer. This aimed to increase the representation of Jewish women within Jewish communal organisations in Victoria, recognising that only 14% percent of the boards of Jewish organisations had a balanced gender composition. This archive is a documentation of Melbourne Jewish life during COVID-19, reflect the many different ways that Melbourne Jews (individuals, families, and institutions) adapted to life under quarantine. The archive is part of Journal of the Plague Year, a global undertaking initiated by Catherine O'Donnell, Richard Amesbury, and Mark Tebeau in the School for Historical, Philosophical, and Religious Studies at Arizona State University. 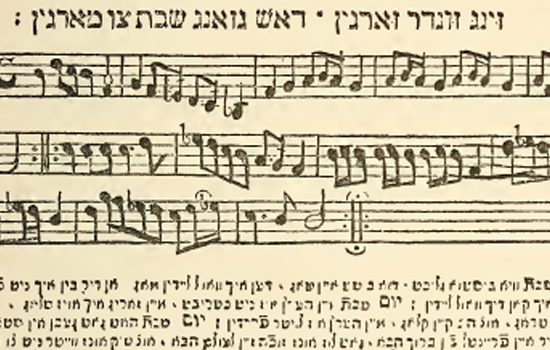 In the 18th and 19th centuries, Elkhonen Kirhcen’s (1655-1735) Simkhes ha-Nefesh (Joy of the Soul) was a best-seller. Working with internationally renowned Melbourne composers/performers, we will  produce 14 new songs based on Kirchen’s lyrics and musical notation, and a website housing a plethora of creative works. David Slucki, Sing This at My Funeral

The rapid expansion of Yiddish-language cinema in the 1930s in its European and American centres came to an abrupt end after the decimation of the Nazi Holocaust. After some seventy years of silence, some two dozen movies and television series with spoken Yiddish-language dialogue have appeared over the last twenty years in the United States, Canada, Israel, and Europe. The rapid expansion of Yiddish-language cinema in the 1930s in its European and American centres came to an abrupt end after the decimation of the Nazi Holocaust. After some seventy years of silence, some two dozen movies and television series with spoken Yiddish-language dialogue have appeared over the last twenty years in the United States, Canada, Israel, and Europe. The story of Nazi refugee youth is typically presented in post-war testimonies and current historiography as one of victimhood and loss, which lays in stark contrast to how refugee youth presented themselves at the time. This project knits together the history of emotions and the experiences of youth to make several critical interventions into existing scholarship on the experience and migration of Nazi-era Jews. This project investigates how Holocaust survivors in different cities tried to make sense of their traumatic pasts; although they found themselves resettled in cities with very different urban and political environments, a global sense of survivor identity emerged in the post-war decades. Golda’s emissaries: African development and the gendering of Israeli foreign policy in the Cold War era

In the late 1950s, Israel launched a sweeping development aid program focused on sub-Saharan Africa which has been largely overlooked by historians and forgotten by the public. Golda’s Emissaries will tell this neglected story for the first time, using untapped archival sources and new interviews, and weaving together the voices of both Israeli and African women. Yiddish has also been the bearer of the Jewish mystical tradition in important ways. This project aims to produce critical editions of three particular works from the 17th and early 18th centuries, mapping what was and wasn’t translated, how and why. Beyond the era of the witness: testimony, digital media, and the afterlives of Holocaust memory

This project is an exploration of new media representations of the Holocaust; an interdisciplinary collaboration looking at issues of ethics, testimony, trauma, and representation, new media pedagogy, AI and cognitive science, and arts-based research practice.