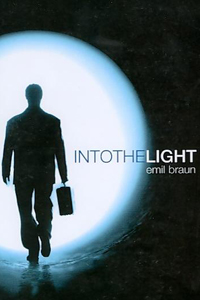 Into the Light is the life story of Emil Braun. Pages 14-52 deal with his humble beginnings in Porubka and his subsequent detention in Auschwitz-Birkenau, Jawiszowicz and Buchenwald. Pages 53-86 tell of his ordeals following liberation until his arrival in Melbourne. The majority of the book, pages 87-256, deals with his successful new life in Melbourne, as well as numerous photos and newspaper extracts. Emil began writing his memoirs late in life after being diagnosed with Motor-Neurone Disease. Into The Light was published privately in Melbourne in 2000.

Emil Braun was born in Kosice, Czechoslovakia, in 1930. The son of Ultra-Orthodox parents, Emil grew up in the tiny impoverished village of Porubka. After Germany's entry into Czechoslovakia in 1938, the area was handed over to Hungary. At the time, antisemitism was tcommmonplace and Emil was often beaten by non-Jewish children. Although rumours circulated as to the mass murder of Jews, Emil's parents did not believe them. They continued living as normal a life as possible, even after being forced to wear a yellow star. In March 1944 Emil and his family were deported to a brick factory in Ungvar. After spending three weeks in appaling conditions they were placed in cattle cars bound for Auschwitz-Birkenau. Many did not survive the fetid conditions of the train journey combined with the lack of food and water. Upon arrival at Birkenau men were separated from women and children. Emil, still a child, was told by a Jewish prisoner to join the men's line and to pretend to be taller than he really was. Under his father's instructions, Emil ran past the table where Dr Mengele was making his selections (as to who would live or die) and hid himself amongst the crowds of prisoners. Along with those chosen to work, Emil was shaven, deloused, taken to Auschwitz and tattooed with an identification number. He was then chosen to work in a coal mine in Jawiszowicz. Every four weeks the prisoners faced selection at the hands of Dr Mengele in September 1944 Emil's father was taken away never to return. Conditions in the camp were freezing and prisoners subsisted on starvation rations. Furthermore, they were often forced to watch public hangings of fellow prisoners.

In January 1945 the remaining prisoners at the camp were sent on a forced march away from the approaching Soviet front. The roads were covered in snow and anyone who could not keep up was shot on the spot. Extremely weak, Emil was only able to complete the march after being carried by his brother and fellow prisoners. When Emil awoke he was on a train to Buchenwald in Germany. In April 1945, on the very day that he was scheduled to be executed, the camp was liberated by American troops. Only after liberation did Emil discover the crematoria and the extent of the Nazis infrastructure of mass murder. His brother had been killed only one day before liberation. Once, Emil and a group of youths found a member of the SS and beat him to death. Harbouring a great desire for vengeance Emil considered it part of the healing process.

At the wars end Emil spent time in various cities in Central Europe but was keen to escape both Comminism and the lingering antisemitism. He arrived by boat in Melbourne in 1950. In Melbourne Emil rose to become a distinguished citizen, even serving as mayor of Caulfield council.

Although the wartime narrative of Into The Light is relatively short, the reader is exposed to the inhumanity of the Nazis on many occasions. Told in a matter-of-fact manner, Into The Light is the story of a man who has remained positive despite numerous setbacks.