The Jewish population of Victoria: Key findings from the 2011 Census 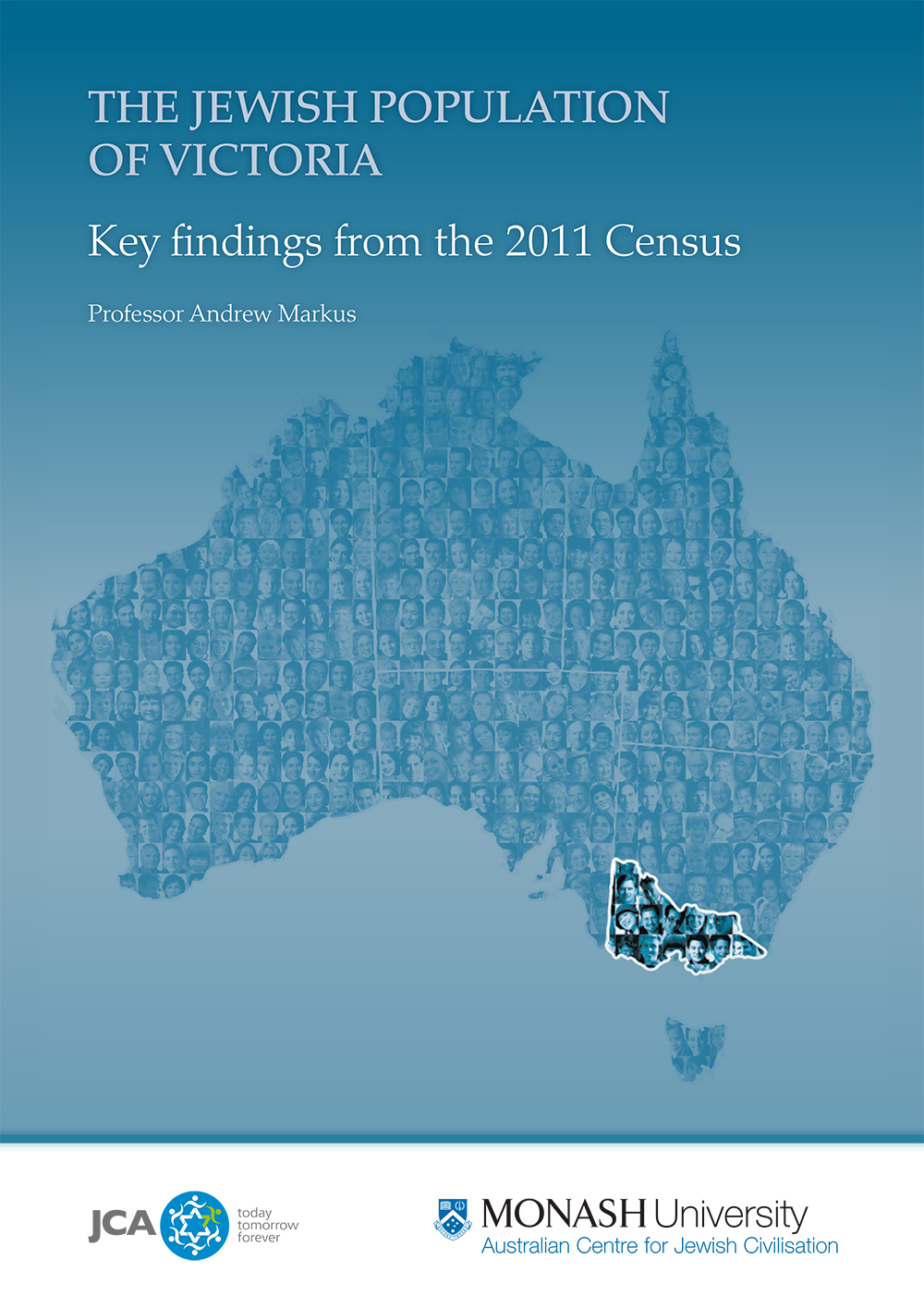 The Australian census is conducted every five years by the Australian Bureau of Statistics. The 2011 census was conducted on the evening of 9 August 2011 and covered almost ten million households. It provides the most detailed demographic data on ethno-religious groups in Australia.

There is, however, a problem with using the census for identification of a religious or ethnic population such as the Jewish. The census includes a question asking respondents to indicate the religion of each person in the household, but the question is optional and in 2011 was not answered by 8.3% of Victorians. In addition, 24% of Victorians indicated that they have ‘no religion’. It is known that some who regard themselves as culturally Jewish but are not religious include themselves in this category, but their number cannot be established with precision.

There is an additional census question which asks respondents to identify their ancestry and potentially provides the means for identifying those who are Jewish but not religious, but there is no consistent way that this question is answered: some respondents indicate that they are Jewish when asked for their ancestry, but the majority indicate a country or region. In the 2011 census, 45,149 Victorians (0.84% of the Victorian population) indicated that they were of the Jewish religion; of this number, less than one quarter, 10,157, also indicated that their ancestry was Jewish, with a range of other responses, including 9,681 who gave their ancestry as Australian, 7,554 as Polish, 5,373 as English, 4,654 as Russian, while 1,032 simply answered ‘European’.

The challenge for demographers is to estimate the actual Jewish population on the basis of the incomplete enumeration provided by the census.

View the report: The Jewish population of Victoria: Key findings from the 2011 Census [PDF 2.7MB]