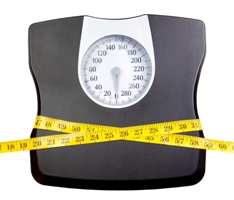 Though individual obesity is caused by energy intake exceeding expenditure, the causes of obesity prevalence at a population level are multifaceted and not necessarily easy to identify. Factors offered in explanation include the industrialisation of agricultural production, the discovery of a variety of means to preserve food, the explosion in the availability of manufactured energy dense foods, ubiquitous and diverse forms of marketing of energy dense foods, and overall reductions in the price of food, particularly energy dense foods, among others. Addressing widespread obesity requires the creation of sustained multi-pronged and large scale interventions to systematically address the complex and interconnected mix of determinants from behaviours to social, physical, political and economic environments. This cannot be achieved without intervention by government, and will undoubtedly require the use of law.

Four barriers to regulatory intervention for the prevention of obesity are identified by our research: the “deregulatory” environment enforced by government offices of “best practice regulation” in the States and the Commonwealth, the complexity of food regulatory systems in Australia where many departments and all levels of government have a role, gaps in evidence where the purpose of evidence is to demonstrate that the monetised benefits of a proposed regulatory intervention outweigh the costs to business, and the role of the political arm of government.

Public health advocates believe the high and rising prevalence of obesity and the impact of this on health is itself sufficiently serious to warrant intervention. Accordingly, many suggestions for regulatory reform have been made. These include measures such as banning junk food advertising to children, implementing a front-of-pack traffic light labelling system for foods and taxing junk foods, as well as more inventive schemes like making junk food companies directly fiscally responsible for the health of geographical areas. Public health proponents argue for policy to be made with reference to the evidence rather than without it. Yet when public health speaks of evidence it is in a different language to that used by government.  Though modelling exercises have been undertaken, no such exercise to date has demonstrated that the monetised benefits of proposed interventions outweigh the costs, particularly the costs to business. In this sense there is currently no body of evidence that satisfies government requirements for regulating.

The requirement to prove effectiveness of interventions on the terms specified by government is also problematic because the multifactorial nature of obesity causation means that no single proposal for government intervention is likely to be effective in isolation.  Though reform to food labelling or food advertising is likely to be a necessary part of any anti-obesity strategy, measured alone, with all the other structural drivers of obesity left in place, they will be of limited effect.  So it will be for every proposed policy short of proposals to radically alter the food supply (such as banning all junk food), no strategy will be able to demonstrate the level of effectiveness required to satisfy government regulatory requirements.

We recommend some strategies to address the mismatch in conceptions of evidence in support of regulatory intervention in a paper soon to be submitted. Arguments must be made, supported by evidence that demonstrate that obese people cause costs well beyond costs to the health system. A package of interventions, empirically tested wherever possible, should be proposed rather than single interventions, which are unlikely to result in significant reductions to obesity prevalence. If interventions are not proposed as part of a package, then it should be made clear that this is what is intended. Costs to business should be calculated, as should any potential savings that might be occasioned by the interventions. Most important is the need to re-consider the values that are promoted through regulatory review and whether and how they might be constructed to give greater emphasis to matters such as health, equality and rights, including the right to nutritious food. International treaties including trade agreements will pose additional challenges for reform in the goods and services sectors, and will also need to be addressed. For example, there would be no point in creating standards for domestic goods that could not equally be imposed on imported goods.

We have now applied for further grants, described below, to further explore our findings.