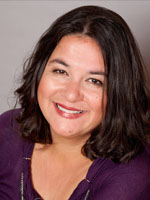 Carol is a barrister specialising in mediation and alternative dispute resolution in New Zealand and Australia.  She has been admitted to the bar in New Zealand, Victoria and England & Wales.  She is a LEADR Advanced Mediator and is NMAS accredited.

Carol's practice is a mix of mediation, coaching and supervision combined with teaching.  She is one of two lead trainers for LEADR in New Zealand.  She has been mediating for over 20 years; she conducts between 800 - 1200 hours of mediation each year and has mediated a wide range of disputes from relationship to commercial.  She sits on a number of panels including Weathertight Homes Resolution Service, Health & Disability Commissioner, Domain Name Commissioner and Family Court - Lawyer to Assist with Mediation Panel.

Carol has a strong interest in developing and maintaining professional standards in her field; she is the New Zealand representative on the LEADR accreditation committee and is a member of the Independent Standards Commission (ISC) of the International Mediation Institute (IMI).